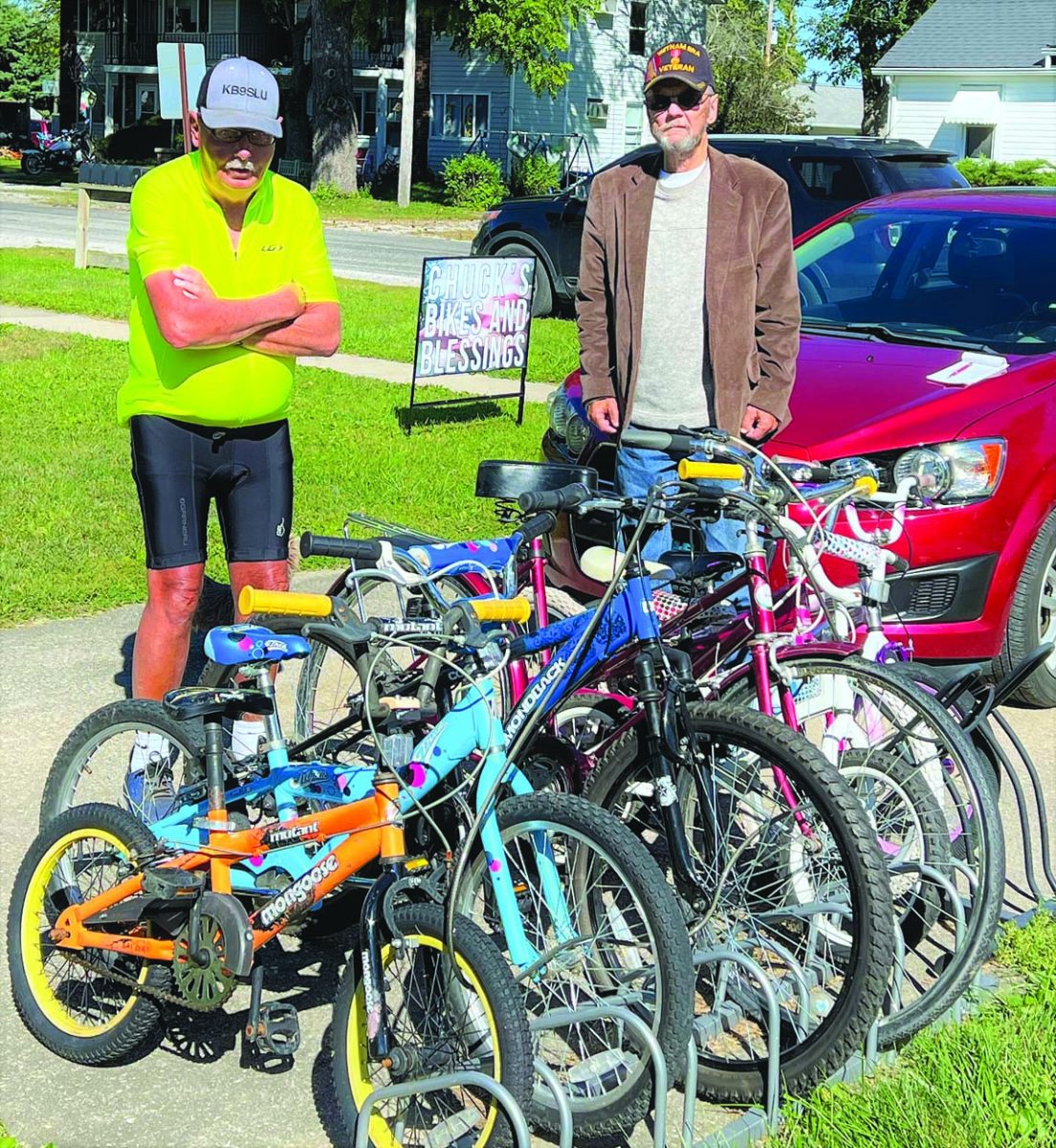 GIVING BACK CONTINUES. Chuck Henderson of Cerro Gordo and owner of Chuck’s Bikes and Blessings, reached a milestone recently as he gave away his 111 bicycle just since January of this year. Henderson who turned 70-years old on Thursday, September 29, feels he is God’s tool giving the bicycles away to children and letting them know God is real and he loves them. Pictured is Doug Clark (left) also of Cerro Gordo and Chuck Henderson (right). Clark partners with Henderson on fixing mountain bikes that need repairs. With winter just around the corner Henderson is concerned about storage of the bikes should there be any left and is hoping to find somewhere to store them till spring rolls around. If anyone needs a bicycle or wants to donate any to Chuck, he can be reached at 217-423-8991.