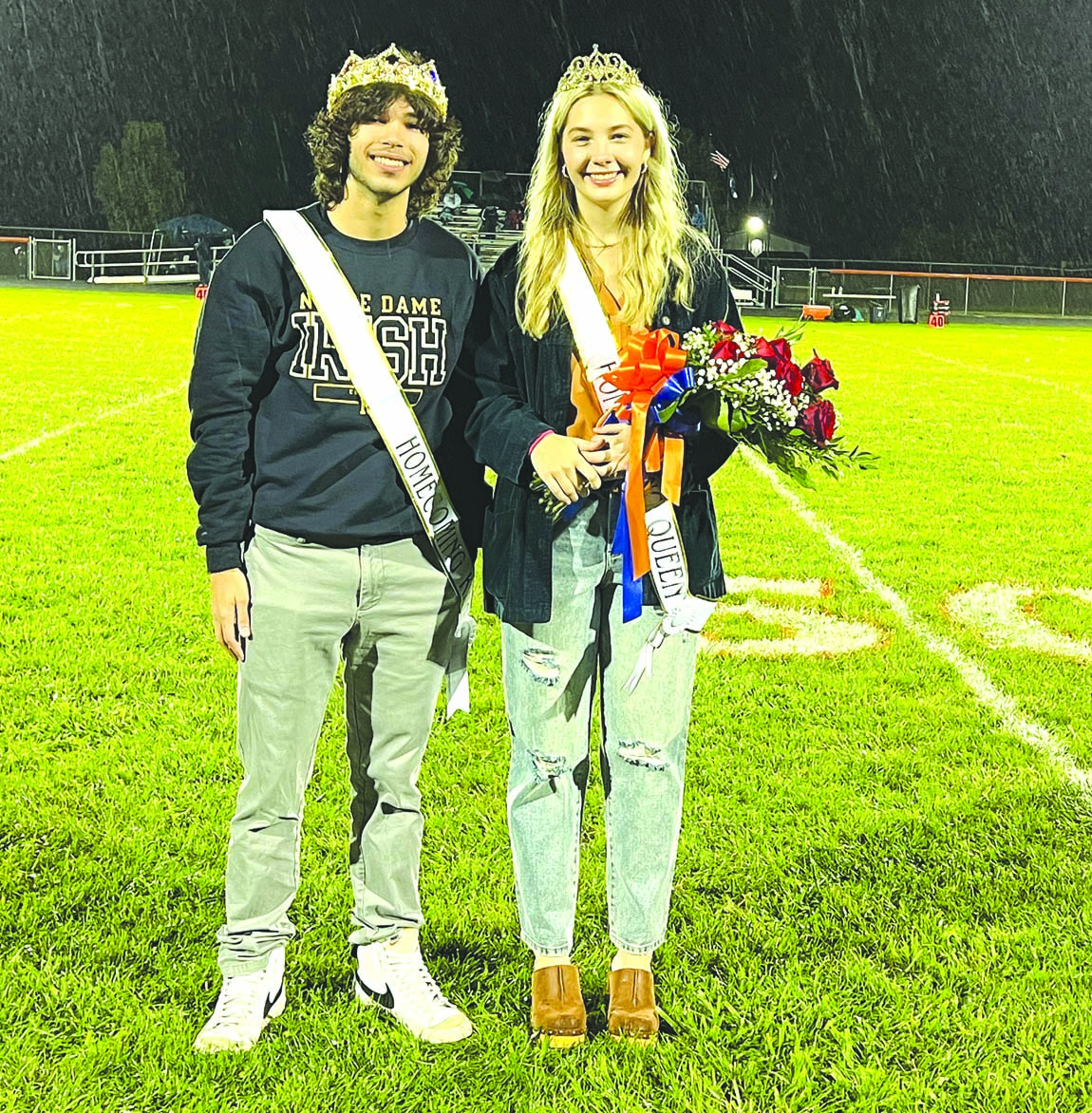 Cerro Gordo High School celebrated Homecoming last week and the announcement of the king and queen took place at halftime of Friday night’s game. Lexus Lawhorn, daughter of Kelley and Dane Lawhorn was named queen and Romeo Montes, grandson of Vicky and Lee Gagnon and son of Amanda Montes was selected as king. The court and their parents/family were also introduced at that time.

The annual bonfire was held on Thursday evening at the Piatt County Fairgrounds. On Friday, the parade stepped off at 1:00 p.m. and was be led by the Colors of American Legion Post #117 and its Auxiliary Unit. The Post has led the Homecoming parades since World War II. They also raise the Colors at each home football game.