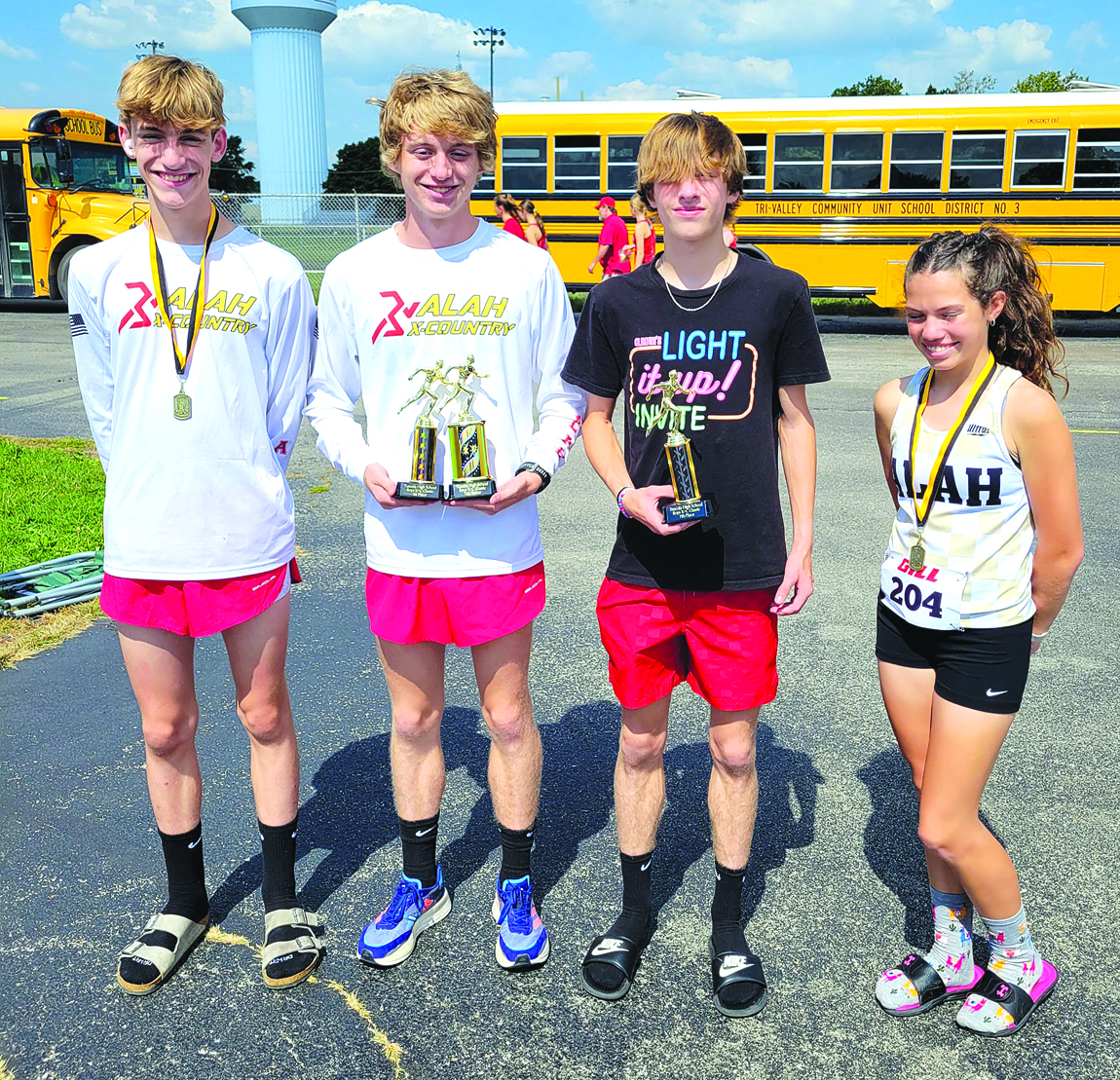 The ALAH Cross Country team traveled to the county seat to run the annual Warrior Classic hosted by Tuscola HS in Wemple Park on September 17. The Knight’s boys won this event last year but again ran short handed due to illnesses.

Logan Beckmier provided one of the highlights of the day winning the boys overall championship with an impressive win of over 35 seconds while taking just 16:08 to cover a little over 3 miles. This was also the third time Beckmier won the best of class award. He was the top Freshman and Junior at this event which was not held during his Sophomore year. Lyle Adcock runs to an excellent 7th place while recovering from last week’s illness. Look for big time drops from Lyle in the near future. Caden

Binder gets the medal for 69th place with his second best time of the year. Ryker Beckmier completed the Knight’s scoring placing 152 of 178 runners.

Ruby Burton grabs the lone medal for the girls as she places 31st with a 30 second PR effort of 22:04. Emma Edwards just misses repeating her medal effort from last year while placing 79th. Kimberly Krutsinger returned to action placing 90th with teammate Lindsay Rohacs right behind in 91st. Evanger Wiley wasn’t far off their pace, placing 108th. Grace Romine finished the girls efforts in 125th on this warm mid September day. A total of 135 girls started the race. The ladies net efforts resulted in a 10th place team finish.

After the meet and awards ceremony, Brad and Crystal Edwards hosted a fantastic tailgate party for the team, parents and supporters. The food was delicious and the team fellowship was outstanding. Thanks to the Edwards for their years of support to the program!

Next Saturday, the Knight’s harriers run the roads of St. Joe, Illinois at the prestigious Spartan Classic. The gun for the boy’s 3 mile event goes off at 9:00am in downtown St. Joe. The girls fire off shortly after at 9:05. This event , as usual, will feature a plethora of highly state ranked boys and girls teams and several of the state’s elite individuals as well.