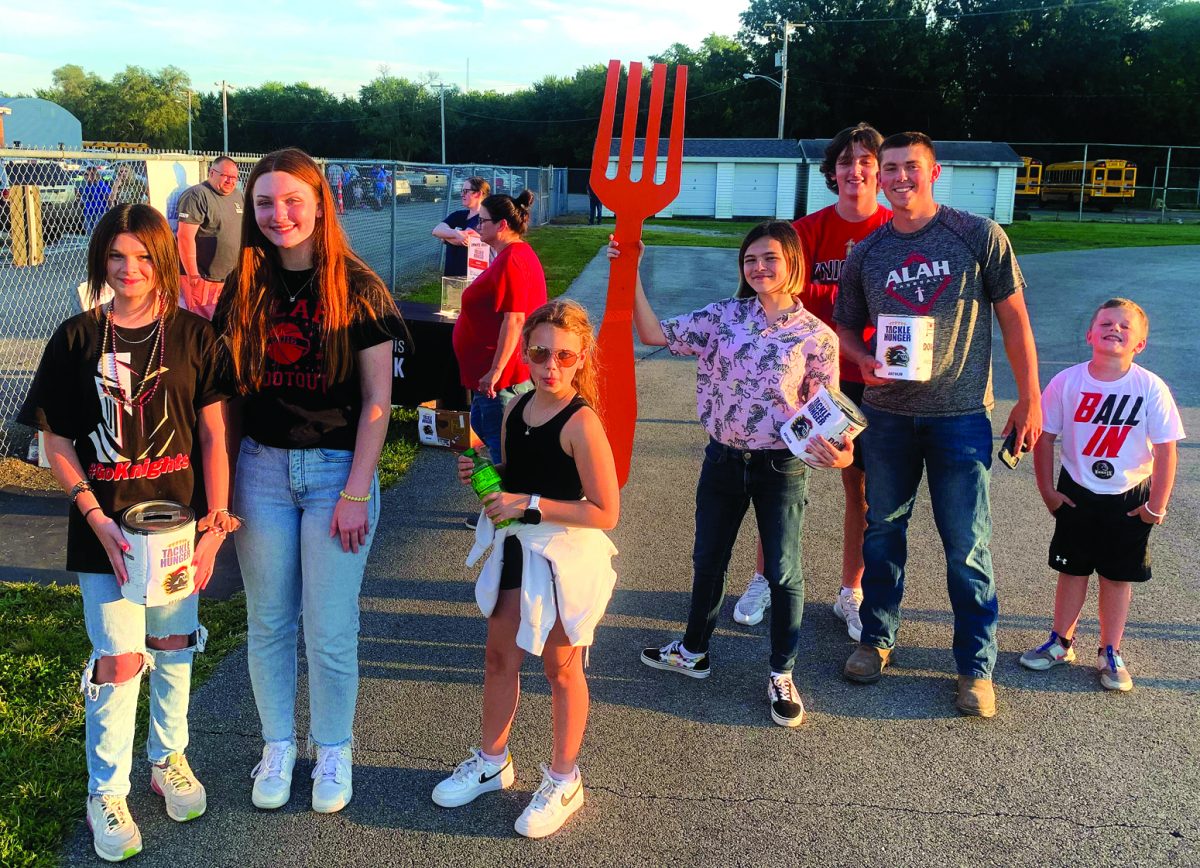 Knights Tackle Hunger!! During the football season, WCIA-3 and the Eastern Illinois Foodbank will partner to bring awareness to the Foodbank and local food pantries through the Tackle Hunger program. Each week a local high school football game will be selected and promoted as the Tackle Hunger game of the week. The schools, through television commercials and digital advertising will be encouraged to give food donations and monetary donations to the Eastern Illinois Foodbank. On Friday, September 9, volunteers from Arthur Lovington Atwood Hammond High School were on hand prior to the Knights football game with the Villa Grove Blue Devils to collect donations for the Tackle Hunger Game which was also the WCIA GAme of the Week. Between the two schools, ALAH and Villa Grove a little over $1300 was raised with ALAH raising a little over $700. Pictured here are the high school volunteers and some young helpers. From left to right are Laci Bartley, Claire Seal, Avery Huffman, Rialynn Slaughter, Clay Seal, Wyatt Hilligoss, and Noah Huffman. Not pictured Kat Perez and Charley Condill who also helped.