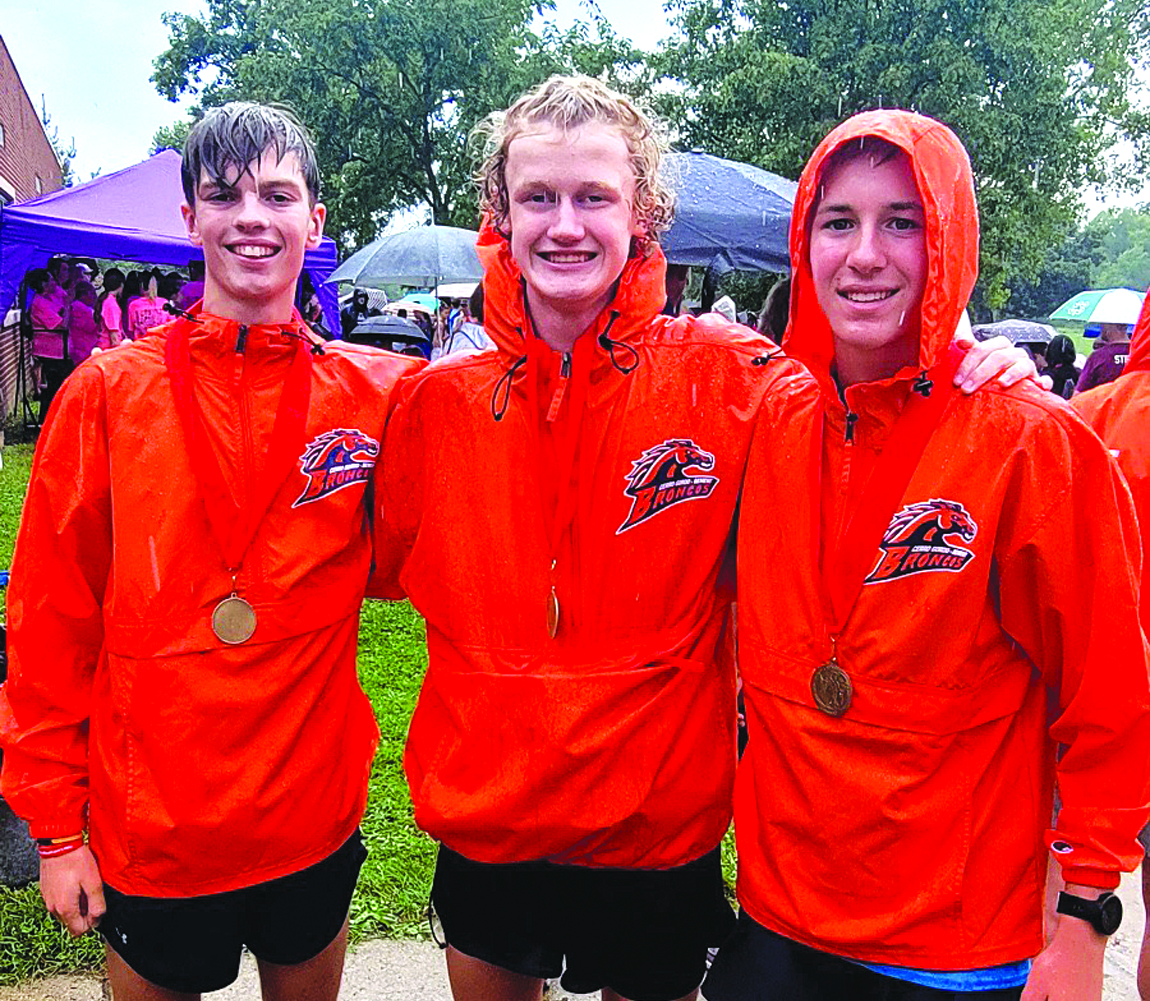 The Cerro Gordo Bement cross country teams ran in the annual Cow Chip Classic at Chrisman on Saturday, September 3. The race is different in format as each team member runs in a one of seven different flights and the course is an actual cow pasture.

After the flights are finished the times are compiled for an overall placement.

On the boys’ side, CGB had a runner in each of the flights and also had four runners in the Open Race. There were 108 boys in the competition. As a team they finished in ninth place.

The Broncos next competition will be on Saturday, September 10 at First to the Finish hosted by Peoria High School and run at Detweiller Park, which is the site of the IHSA State Cross Country finals in November.