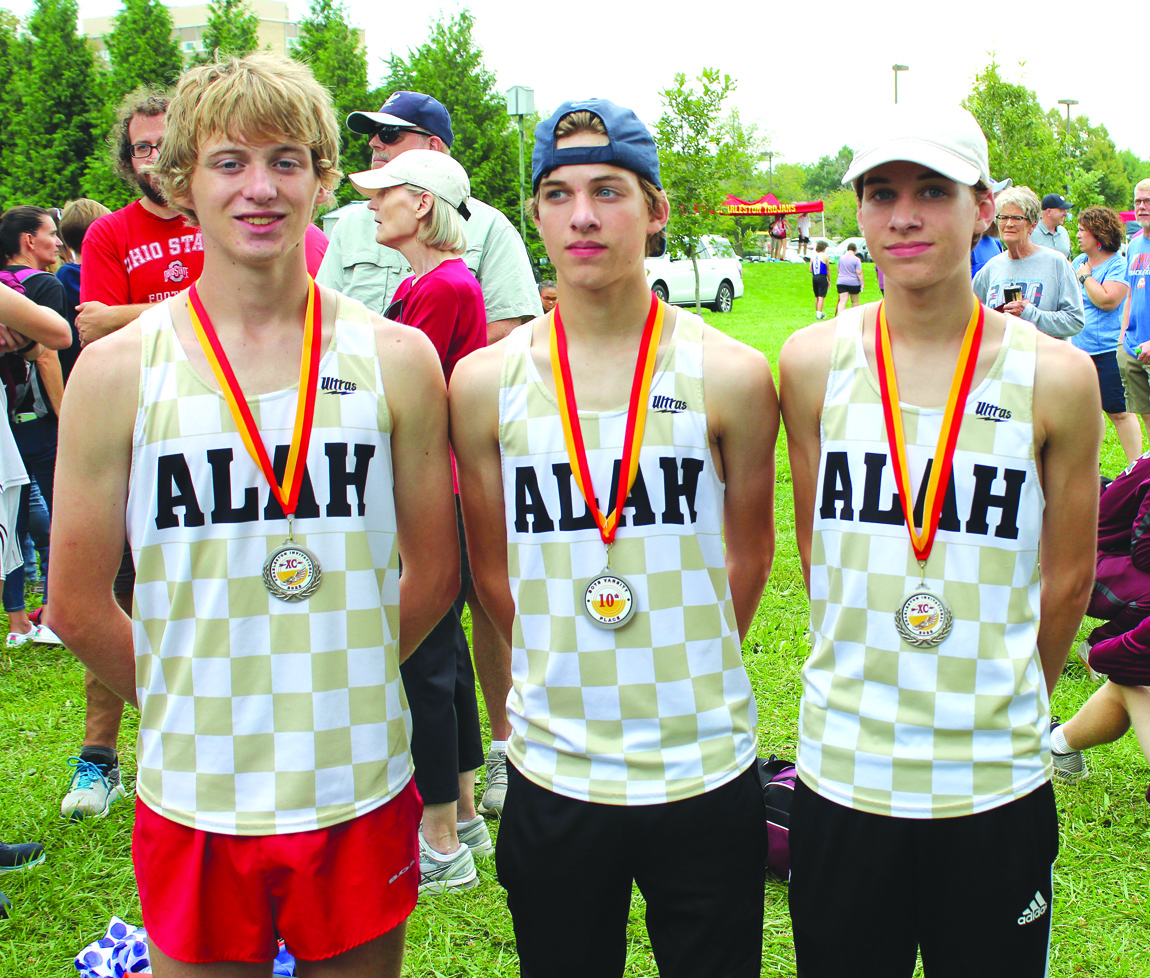 The ALAH Harriers traveled to Charleston September 3rd to run on the campus of Eastern Illinois University for the annual Trojan Invitational hosted by Charleston High School. This event featured 18 schools, many of whom were class 2A teams from throughout East Central Illinois.

The ladies led off at 9:15am and Tessa Bowers of Shelbyville took immediate command of the race.

This talented freshman jumped on the field and steadily increased her lead winning in 18:38 with a 35 second advantage over 2nd place Ava Boyd of Mahomet-Seymour.

Leading the short-handed ALAH ladies was Freshman Ruby Burton with her 23:28 effort good for 57th place. She was followed by Emma Edwards (25:51), Lindsay Rohacs (26:12), and Evanger Wiley (28:29). The Knight’s distaff group is hampered at this time by some nagging injuries and illness resulting in short numbers at the starting box.

The boys portion of the event kicked off shortly after 10am under semi overcast and humid conditions.

Excellent 2A squads from Champaign Central, Centennial, Urbana, Mahomet-Seymour, Danville, Mt. Zion, and Effingham as well as highly ranked 1A teams from Newton, Shelbyville, and Tuscola were amongst the 160 runners. Champaign Central wins the event with 55 points followed by M-S with 80 points. ALAH finishes 9th in team scoring.

Knight standout Logan Beckmier again went to the top and paced runners from Mt. Zion and both Champaign schools throughout the race. He was outlegged to the finish by Mt. Zion standout, Julian Baker, with Beckmier finishing the 3 mile event in 2nd place in 16:03. Lyle and Jacob Adcock again ran in the lead group and finished 12th and 14th respectively in 16:44 and 16:50. The Knight’s #4 runner, Caden Binder got tripped up at the 1 mile marker and took a nasty tumble. He got up and courageously finished in 110th with a time of 21:15 while also battling a head cold. Freshman Ryker Beckmier made his varsity cross country debut while rounding out the ALAH finishers in 22:22 at 125th.

Next up for the Knight’s runners is a late scheduled event for the girls in Neoga on Wednesday afternoon at 4:30pm and the prestigious First To The Finish event for the boys at Detweiller Park in Peoria on Saturday September 10 at 9:30am.