The Mt. Zion Cross Country Team will look a little different this year. The girls side will see some new faces due to seniors graduating and the boys side eyes a second straight trip to the IHSA State Championship.

“This is a disciplined group of girls,” Coach Fox said. ”They have high aspirations of what they want to do and how they want to carry on the tradition. We’ve gone to state for the past four years in a row and they worked hard this summer, but we did have some injuries.

Paityn Koester, Camille Mavis and Renne Ballard will start the season off slow due to working on injuries, but all are expected to be in the top-seven by the end of the season. Sophia Castro will be Coach Fox’s go to person. Munoz is coming off a successful track season and she ran with the Vipers this summer as well as the team looks up to her and will be the number one runner for the team.

Hannah Gebke has never ran cross country before, but she brings a smile and kindness to the team, but Coach Fox is unsure of what she can do yet. Alexia Finch is another senior who brings a lot of energy to the team and ran strong as a freshman and sophomore and is fighting for one of the top-seven spots and at the moment is earning every bit of it

Munoz has looked to implement what she’s learned from leaders before her and follow and set the example that leaders have done before her. Munoz’s team goal is for them to heal and improve as a team. Munoz’s individual goal is to break her personal records and get some colleges to look at her. For her lasting mark, Munoz wants to be remembered as someone who never quit.

I have gone through a lot of ups and downs with the sport and I kind of want people to remember me as a person that never quit and was always there,” Munoz said. “Even if I couldn’t run, I always showed up. That you can just keep going. You’re gonna always have more ups and downs.”

Gebke wants to be remembered by her coaches and teammates as a hard worker and someone that is encouraging and there for everyone.

Finch has taken on her leadership role as to motivate the team and making sure everyone keeps a positive attitude. A team goal for Finch is making it to state again and an individual goal is to break 20 minutes on her time. Finch wants to be remembered by her coaches and teammates as a positive influential teammate.

Coach Fox expects her leaders to lead by example on and off the team.

“All of my seniors are great students, as far as that’s concerned, but more importantly, they’re great people,” Coach Fox said. “I would think that if you talk to anybody in those hallways in the school, that they’ll only have the nicest things to say, and so we want to be kind and considerate, and we want to lift others up, and we want to be encouraging. And I think that those three seniors display that all the time, but I think I can say, every girl on my team,that’s what our goal is.The medals and making it to state are secondary to the kind of people that they are.”

The girls side of the program has made it to the IHSA State Championship the last four years. Coach Fox believes that it’s going to be harder to go back since she’ll be replacing Ashleigh Anderson and Emma Mallory who are graduated and running at the collegiate level.

“I brought in four freshmen that are not ready to fill those roles, but at the same time, they are hard workers that are work horses. work hard and everything. My goals have changed a little bit. Yes, as a team, I think we’re deep enough. I think we can make it to state and of course, we’re going to rally, but it’s going to be tough. I think Mahomet usually, depth wise, is really good. Lincoln is going to be tough this year, especially if they get two girls to go along with their top three. So yeah, they finished higher than us at track I’m state and just based off of the three girls that they had, but you can’t control what other teams do. So our goal will just be to go out, run consistent solid races and let the chips fall where they may”

Coach Fox wants readers and the community to know that her team is more than just about running.

“These life lessons that these girls are learning and, and I want people to know that running is secondary to the people that they are,” Coach Fox said. “These are great people and great girls, like I said, our education comes first. And I think right now our society is focused on that along with mental health and social things. I hope that they can go to our girls at any time and always say that they feel like they can depend on the girls that are amongst this group if they need anything.”

On the boys side, Assistant Coach Bill Harbek said that the return to practice has been good and that the attitude of his boys have been really good.

Coach Harbeck expects big contributions from Danny Grauer. Who had a really good summer. Sam Atkinson is expected to have a great season after having a great track season and great summer. Lyncoln Koester will be held back along with Atkinson due to some minor injuries, but will both be contributors to the team. Julian Baker will also be a huge contributor as well according to Coach Harbeck.

Atkinson wants to recreate the leadership from last year into his leadership when it comes to helping out Coach Harbeck and keeping the team organized. Atkinson’s team goal is to make it back to state and his individual goal is to get mid-16 minute times. Atkinson wants to be remembered by his teammates and coaches as someone who was a great role model for everyone.

Baker has used his leadership role to push his teammates more and make them better. Baker’s team goal is to go back to state and finish in the top-10 and as an individual finish in the top-give of the state meet and have less than 15 minute times.

Coach Harbeck wants his team for them all to grow in their abilities. Not all of his members of his team will be leaders, but Coach Harbeck believes that all of them can lead by example and work hard whether they’re in the top-7 or the 14th man on the roster.

Last year, the boys side made it to the IHSA State Tournament and the expectation for them is to be back and run tougher and better.

“We’ve got the makings of being back at the state championship,” Coach Harbeck said. Right now I know we have four really super solid runners and that could be okay. Then we have found a really good fifth or sixth.”

Coach Harbeck said that the overall message will be that he hopes his team will be better to start this year and to finish stronger than last year. 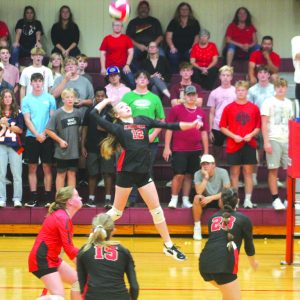 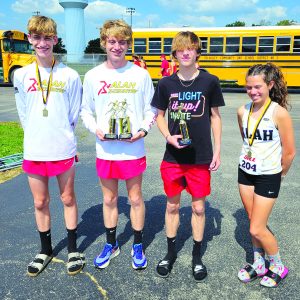 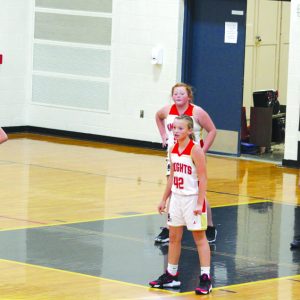 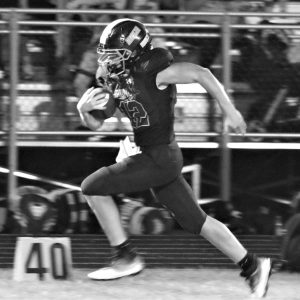