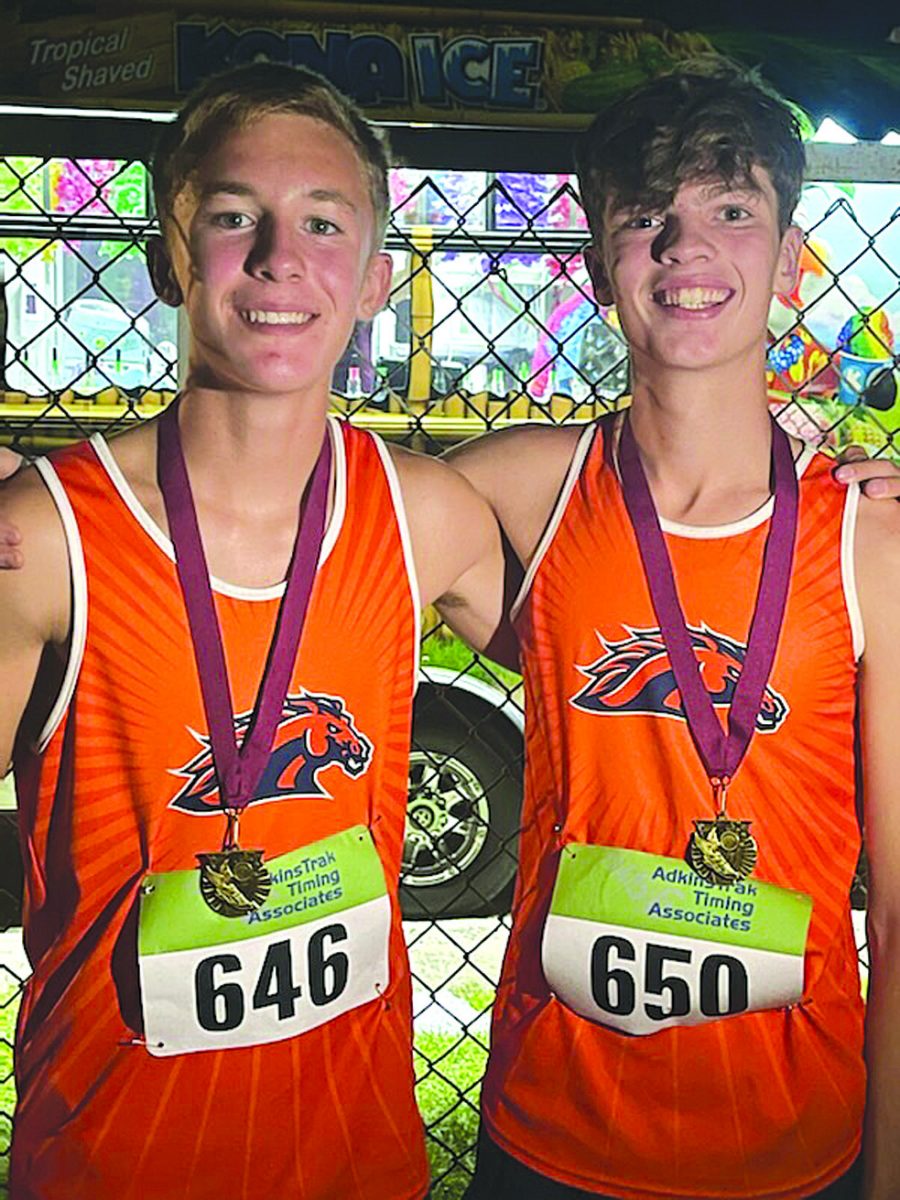 All Smiles for Medalists!! Will Fuson, left and Dylan Howell were all smiles after finishing the 3 mile course at Clinton on Saturday, August 27. The boys’ race starts after sunset and the course goes around the campus of Clinton Schools. Will brought home the 14th place medal while Dylan captured the second place medal. There were 104 boys in the Varsity race.

The third annual Clinton Light It Up Invitational cross country meet was held on the Clinton school grounds. The race is unique as it is run in the evening with the Varsity races starting after sunset. Besides the Varsity Boys and Girls races there Is an Open Race.

Cerro Gordo Bement’s junior Dylan Howell came into the last lap around the track in second place behind eventual winner Norman U-High’s Brandt Henderson. Dylan’s time was 16:00.51 which earned him the silver medal at the awards ceremony following the races. Freshman Will Fuson was also among the top 20 who received medals taking 14th in a time of 16:53.40. Other Bronco scorers for the boys who finished in 8th in the team standings were Evan Fogerson, 19:42.07, John Paul Brewer, 19:42.13, and John Freese, 21:39.84.

On the girls’ side the Lady Broncos ran in the Varsity Girls Race but with only four runners didn’t have enough to score as a team. Caroline Hill was the first CGB girl to cross the finish line with a time of 23:34.74. Gabby Block, 24:11.33, Haley Garrett, 27:17.18 and Marley Olson, 28:08.8 were the next finishers for the Lady Broncos.