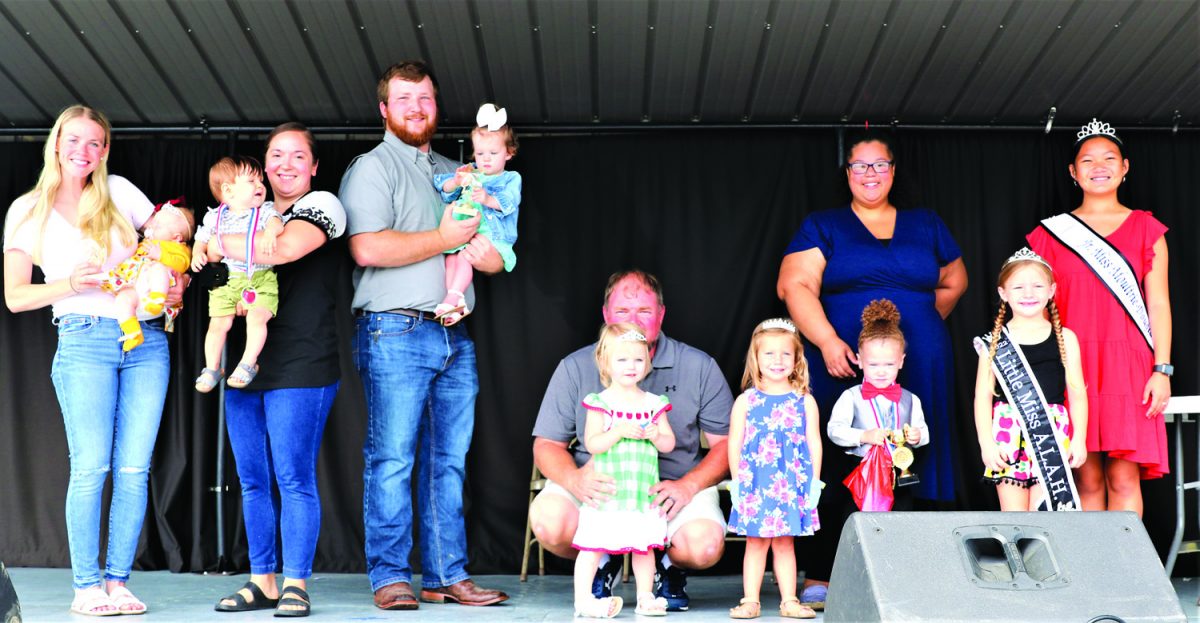 Twenty-eight years of the Atwood Apple Dumpling Festival was a wrap on Saturday, August 20. It is difficult to believe it has been in existence that many years. Before Apple Dumpling, there was the Bluegrass Festival and more. The apple theme has made for a good festival with hot apple dumplings and homemade ice cream. The event is sponsored by the Atwood Chamber of Commerce.

This year was exceptional with the Ansar Shrine gracing the town with so many performing groups and vehicles. Atwood was proud to recognize Stan Harris and the Ansar Shrine as grand marshals of the parade. Stan was installed as Potentate of the Ansar Shrine in Springfield in January, a position he will hold for one year.

The Touch a Truck with Atwood Fire Truck, Arrow Ambulance, Atwood Police, along with the Douglas County Health Department, DJ and music provided by Michael of Michael’s Tavern and fun games. The bike rodeo drew two decorated bikes last year and one this year. Thanks to Marsha Burgener who spent her time organizing the event. The winner was Hannah Bailliez who spent a lot of time decorating her bike. She received $15 cash. Thank you Hannah for all your efforts!

Battle Creek Country entertained with popular country music and brought out great dancers. Battle Creek has been coming to the festival for many years.

There was a great crowd Saturday, even though it rained early morning. The sun came out and the festival went on as usual. Shalynn’s Shuffle 5K Run/Walk brought several participants. Race winners were First Place Female Overall-Morgan Casteel, and First Place Male Overall-Tony Chapman. Morgan is Tony’s great niece.

What better way to begin your day that a great homemade breakfast at the United Church of Atwood, sponsored by the Men’s Fellowship. Then take a walk outside the church to see the antique tractors at the second annual Frank Bragg Memorial Antique Tractor Show. The show is hosted by Mark Bragg, son of the late Frank Bragg.

The Kiddie Tractor Pull ran into some rain, which caused the attendance to be low, However, those who participated had a good time. No results were available at press time.

Full of vim and vigor, the Keenager Kitchen Band of Tuscola and vicinity, entertained the audience with lively songs at noon.

Corn Hole Tournaments were held behind Michael’s Tavern and brought a great crowd. See pictures and first place winners in this edition.

Promptly at 1 p.m., the “Salute to the Ansar Shriners” Apple Dumpling Parade started from Magnolia St. and headed south. There was so much candy thrown from the parade route, kids had big bags full. Next year the parade start time will return to 2 p.m.

For the second year Andrews Family Magic Show wowed the crowd by making things disappear and appear again. He is very talented and festival-goers of all ages get a thrill.

Our very own Mitch Fleming brought beautiful contemporary Christian music to the stage. It was interesting watching the crowd sing along.

The festival closed with the music of Mackville. They are very popular in the area and bring different types of music that people love.

The vendors and Atwood businesses appeared very pleased with their sales for Apple Dumpling. In spite of two food vendors backing out at the last minute, festival goers seemed to get full with the vendors here, in addition to delicious specials at

Michael’s Tavern plus apple dumplings with homemade ice cream for dessert. Food was available from the Atwood Christian Church with their special meals and homemade apple dumplings, down to the bake sale and Kettlecorn in front of the bank.

Also, thank you to everyone who helped in any way to make the festival a success.

Although this year’s festival is in the books, committees are gearing up for the Sesquicentennial Celebration in conjunction with the 2023 festival. If you would like to get involved in helping Atwood celebrate 150 years, contact Village Trustee Diane Eagan, Alora Murphy, Ronda Schumacher or Mary Ellen Harris.