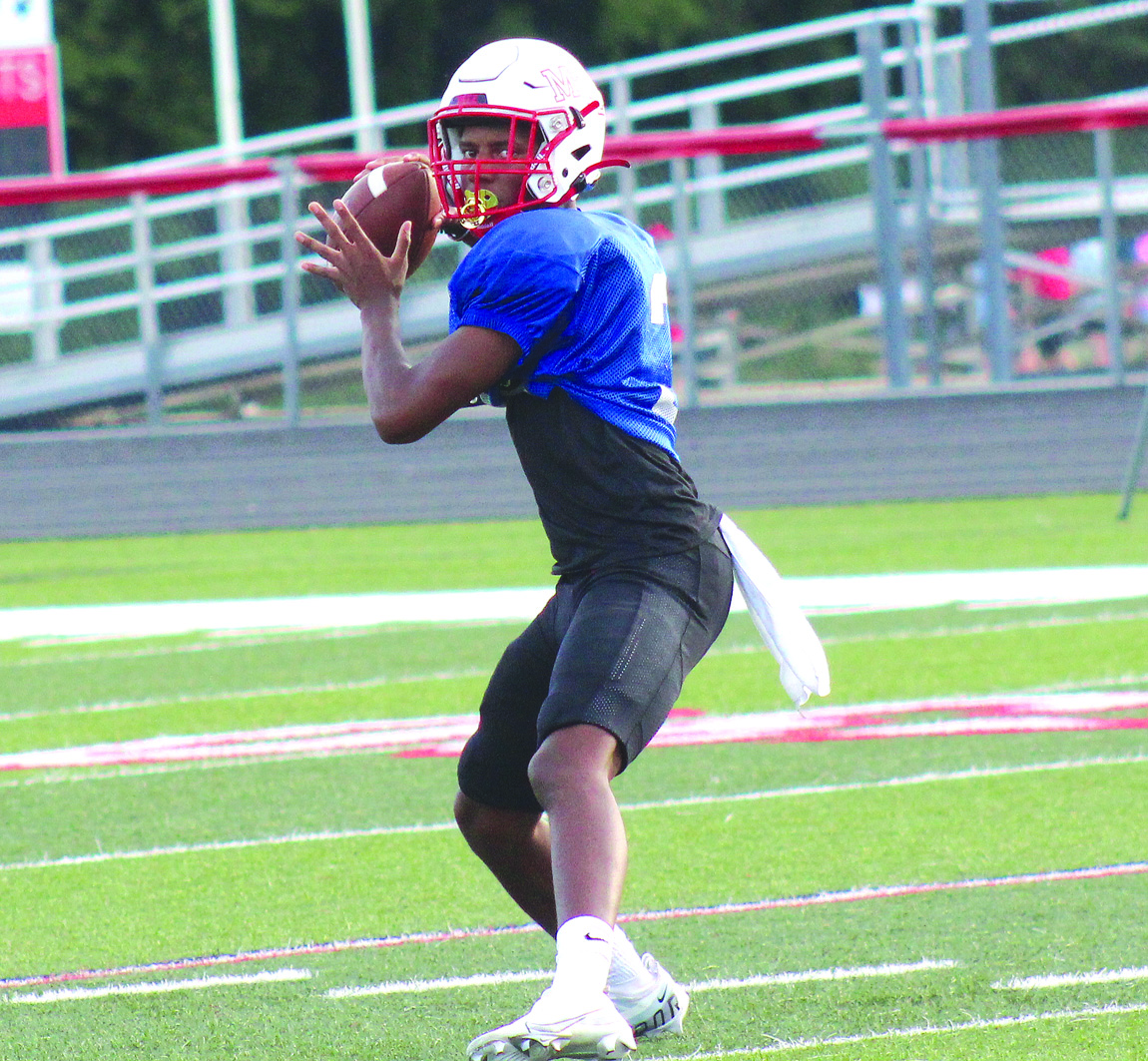 Last year, the Mt. Zion football team finished 6-4 and lost in the first round of IHSA 4A State Playoffs against Paris. This year, the Braves are ready for the new season this fall. There will be changes to the Braves roster due to graduation, but the tradition and goals stay similar to last year.

Head coach Patrick Etherton said that his team is feeling good about being back on the gridiron and said that it’s good to have football back. Coach Etherton went on to say that the group he has is a bonded group that wants to push each other to be successful.

“In the summer, we move kids around, we do different things, we add some stuff,” Coach Etherton said. “In the winter , we really do a lot of research and watch and break down other colleges and look at colleges and break down what they’re doing at that level and try to figure out other high schools will break down other high schools as well. We just really try to figure out what fits our kids and what fits our group and every year it’s different and every year you have a different set of tools basically to use and then just put them together and find out what’s best fit for us.”

The Braves graduate 16 seniors. Among those 16 seniors were the top-four leading rushers, top-three scoring players and top-three tacklers.

“We had such a good group of seniors that went on to play college football,” Coach Ethertom. Christian Keyhea productivity wise was outstanding and he was a majority of our offensive along with Matthias Adams And Zac Girard.

The Braves return receivers Brayden Trimble after having an injury that sidelined him most of the season along with starting quarterback Makobi Adams who missed time last year as well.

“We’re moving kids around and we’re trying to figure out what fits,” Coach Etherton said. “It may take more kids to lead up to the same production. The nice thing is we return Brayden Trimble and Makobi Adams who both missed a lot of last year because of injuries. So it’s nice having them back and then really just piecing in everything else and trying to figure out what’s gonna work.”

Makobi Adams played the first three games as the starting quarterback in the 2021 season and then was sidelined due to injury. Tyson Evans took the role during his injury, but Makobi Adams has regained his sport.

“The advantage we have is, he’s (Makobi) gotten stronger and he’s gotten bigger,”Coach Etherton said. “He’s a very intelligent kid. So he understands what we’re trying to do offensively. and the nice thing is that he’s been in the offense and he knows what it takes. He’s really done a great job this summer and has had a very high completion percentage in our seven on sevens against other schools.”

Makobi Adams said that as the quarterback of the offense it is important to him to act like a leader and help his team in any way he can while making sure his teammates are doing things the right way.

“Because as a quarterback, it’s kind of all on you to make sure your whole offense knows what they’re doing,” Makobi Adams said. “So it’s really just me wanting to step up and knowing that you have to step up in this position.”

Makobi Adams’ team goal is to win the Apollo Conference for the first time since 2019 and individually wants to score 30 touchdowns whether rushing or passing. Makobi Adams also Blaine’s that it is important to focus on this year’s team and not what they’re missing from it.

“We still have young talent,” Makobi Adams said, “We have a freshman receiver and two others that started last year. So they’re pretty comfortable in their role. Our line is pretty experienced and we have a young defense, but I don’t see that as a problem. But I think it’s really just having faith and having teammates believe that they’re willing to put in the work because you see us practicing three hours every day.”

Mason McNeil is one of three captains for the Braves. McNeil believed that in the first few practices he and fellow captains had to set the tone by coming in early and putting in work to not only show the underclassman, but everyone how Mt. Zion football should be played.

The team goal for McNeil is to win the first game and continue to build momentum and he wants to have the best season as a Brave as an individual goal. McNeil believes that long with hard work is what will be his legacy to the Braves.

“If I want to leave a legacy, I want it to be a legacy of hard work,” McNeil said. “I need to show these men that we have to show up every day and bring the same energy day in and day out regardless of if the weather’s bad or if we just come off a loss. We always have to bring that energy and stay together as a team.

Viktor Behm is another captain that has taken on his leadership role to hold his teammates accountable by making sure everyone has to work their hardest to become better football players. Behm was one vote from unanimous captain, but didn’t vote for himself.

Behm’s individual goal is to perform his best and be the best player he can be and the team goal to him is to go 9-0.

“I want to be the best player I can be and put in the most effort,” Behm said. “Hopefully, after high school that turns into college and we’ll see where that goes. But I just want to put myself out there and do the best I can. As for the team the goal is to go 9-0. It’s been a while but I think this year, we have some really good talent and we have a real good shot going on and no, but we got to just go out there and execute and play as good as we can play.”

Behm wants to be remembered by his teammates and coaching staff as an example of someone who was a good player that set an example for other players in the future.

The other captain for the Braves will be Gabe Vanderlaan. All three are lineman for the Braves. Coach Etherton said that all three are very hardworking players and great students in the classroom that take pride in that and it’s great for his team to have those leaders.

Coach Etherton said that the big goal every year is to win the first game of the season and then worry about the second game and that will help take care of playoff contention.

“If we do what we’re supposed to and take care of business then we should be in contention,” Coach Etherton said. As far as conference goes Mahomet is loader and they’ve got a lot of talent and everyone back from last year. Effingham I think has about 20 Plus seniors coming back this year. So they got a big squad of seniors and they’re well coached Taylorville’s got some young talent. For us, it’s really just about us. We gotta get better each week and then we’ve got some proof and we’re gonna worry about us. And then when we get to week one against limestone, we’re gonna line up against limestone and see what we can do and let it roll.”

Coach Etherton’s overall message to readers and the community is that they’re excited for the group that he and his coaching staff.

“We have a great group of kids that work hard,” Coach Etherton said. “We’ve got a big group of kids as far as numbers wise and the kids have put in a lot of time. For the community the opportunity is for them to watch football and see what these kids have done with a lot of work and it should be fun to watch.”

The Braves open their season on the road against Limestone Community on Friday. Kickoff will be at 7:39 p.m. 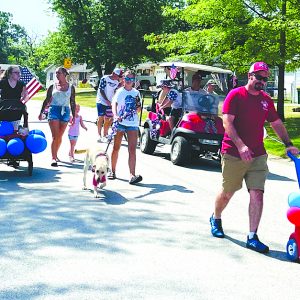 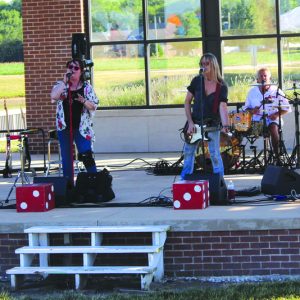 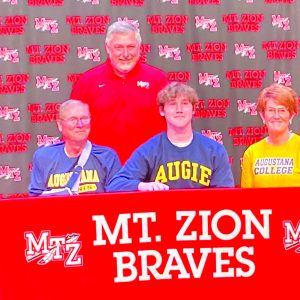