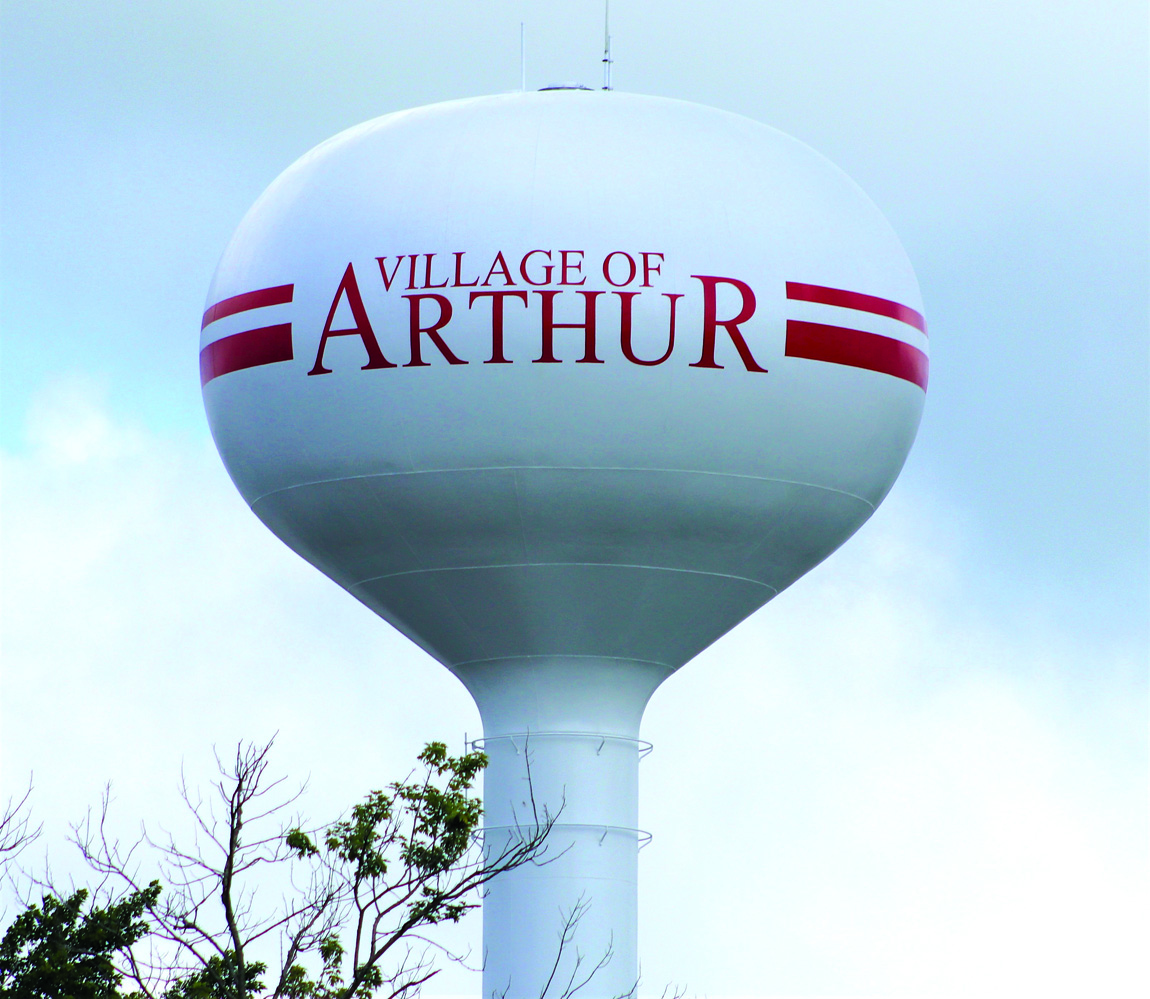 Don Munson, Douglas County Board Chairman, wrote in an email that the board would need a formal ordinance describing the scope of involvement between Douglas County and Arthur Village to proceed with funding.

In a letter sent to Munson, Rod Randall, Arthur village president, wrote that the average life of a water tower paint system is roughly 20 years. The Arthur water tower was last painted in 1996, 24 years ago. The tower had mold and mildew buildup.

According to Randall, this did not threaten the tower’s paint system or structural integrity but was an unpleasant sight. In an email, Randall said the Arthur water tower finished its repainting project on Aug. 17. Randall said the repainting and repairs add approximately 50 more years to the life span of the water tower.

Arthur also received $149,538 in ARPA funds and is expected to receive a second, similar installment. Randall said, in an email to Munson, that the village used its first round of ARPA funds to improve several water projects. The rest of the funding came from water and sewer revenue. These projects included a new drinking water distribution system costing approximately $175,000, collection system improvements costing roughly $102,000, a new wastewater treatment building and a permanent electrical generator costing around $100,000.

Randall said the city of Arthur is seeking to fund a sludge press for the water treatment plant, which had an initial bid of $415,000. The village is planning on using its second installment of ARPA funds and requesting help from Moultrie County for further funding.