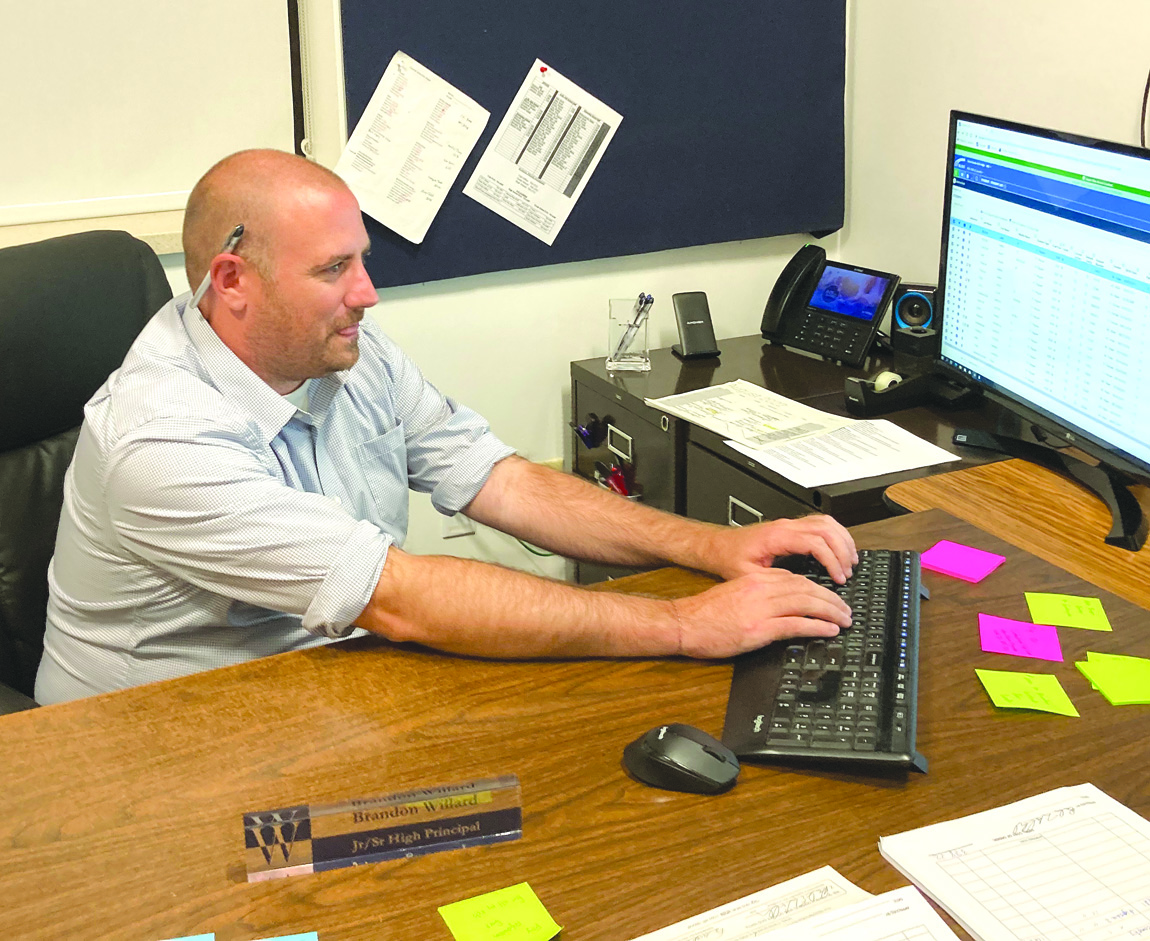 Brandon Willard sits at his new desk as he takes over as the new Cerro Gordo Junior High and High School Principal.

The Cerro Gordo School Board met on August 17 and approved and appointed Brandon Willard as the new principal of the Cerro Gordo Junior and Senior High School.

“It’s really exciting and it’s a lot of work, but I’m really excited to do it,” Principal Willard said. The teachers here are fantastic and the kids are awesome. I actually get excited to come here and do the job. And today, it was awesome seeing the kids and teachers and it’s gonna be an adjustment from the counselor position. But I’m excited to be able to do it here at the school that I love being at.”

For his first year of being principal, Willard said that he had told students on the first day of school is don’t miss an opportunity to make a fun memory.

Along with that, Willard met with every teacher individually along with brainstorming ideas. The ideas are a way to bridge the gap for communication and how to link the community and the school and what the school can provide for the community.

“I think that we’ve got eager teachers who have a lot of excitement amongst them to do that,”Principal Willard said. “I just want to work hard on keeping kids accountable. And, but also, at the same time that we’re doing all that stuff, I think it’s important to have some fun and have the kids make some memories.”

Principal Willard’s overall message on his new position as principal is that he loves it in Cerro Gordo as well as being the principal of Cerro Gordo Junior and High School.

The next Cerro Gordo School Board meeting will be on September 21 at 6:30 p.m.