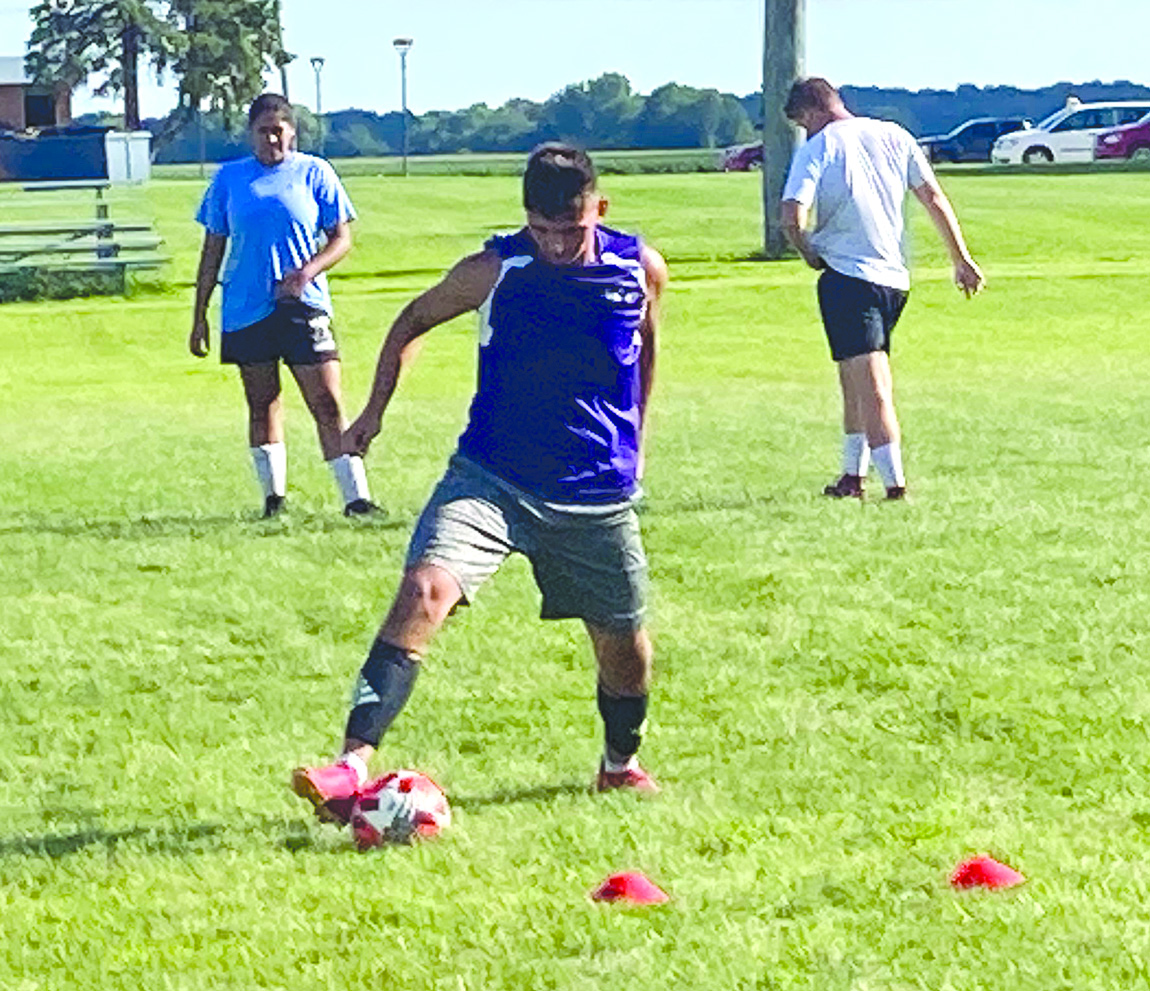 Coach Lindstrom said that his team is excited for this season although the rough season ahead for the Knights due to the number of players.

In the off-season and first weeks of practice, the Knights have worked on dribbling and passing the ball and trying to get control of the ball. The Knights have several new players that have never played the game of soccer.

“I want to be someone that they look back at as someone that’s pushed them to keep going even if they don’t keep playing soccer,” Chance Lindstrom said. “They got another sport or other extracurriculars. Someone that’s pushing them and making them want to do more and be more than what they’re trying to be right now.”

Levi Ward is returning for his senior year as goalkeeper. His individual goal is to beat his previous season high of 100 saves with 200 saves this season. Ward wants to be remembered as a darn good keeper.

“I think just the environment, it’s been so great and everybody has been awesome,” Ward said “I’ve enjoyed every second of it. I can’t really remember a specific part because all of it’s been great.”

Chilton Ingram is another senior and co-captain to this Knights team. So far he has brought guidance to the underclassman to help get them ready for the season. Ingram’s team goal is to win five games and then individually wants to record a cumulative total of 15 goals and assists.

Ingram wants to be remembered by his coaching staff as the best player they’ve coached and as someone who got the team going when they were down and continued to work hard.

Coach Lindstrom expects from his captains, seniors and leaders to continue what they are doing.

“Really what I expected from them, they are all doing already,” Coach Lindstrom said. “They are stepping up helping the younger players, showing them things to help progress the team as a whole. So my captains and even my non-captains are all doing the same thing.”

Last season the Knights were 3-15 overall. This year, Coach Lindstrom would be ecstatic if they can get three wins or better with less players than last year as well as go further in the regionals.

“I would like to see us go a little farther in the state regionals,” Coach Lindstrom said. “Last season, we just kind of let that go. But this season, I have seniors that will not let that happen. Every team that we play will have to beat this team and they’re going to have to earn it.”

Coach Lindstrom’s overall message to the readers and community is to come out and support his team, because he believes it will help them as a whole play better and stronger.

The Knights open their season this week against Georgetown-Ridge Farm and Mt. Pulaski.