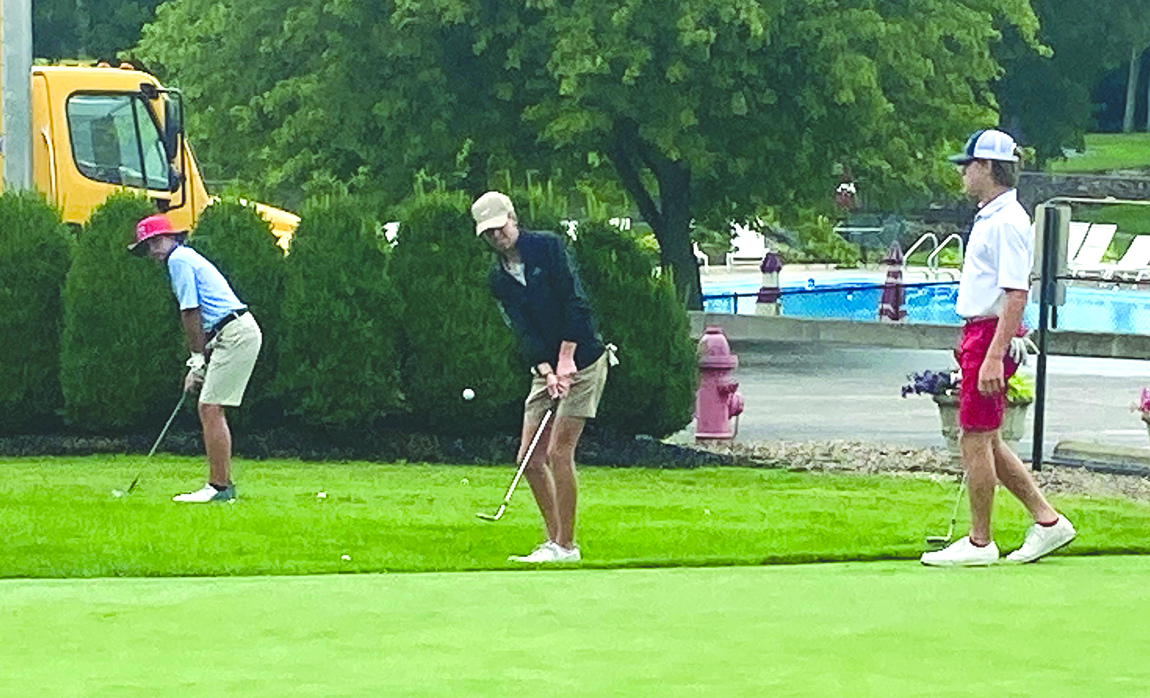 Members of the Mt. Zion Boys Golf team working on their short game during practice.

The Mt. Zion boys golf team is gearing up for the season where its goal is to qualify for the IHSA State Tournament as a team while winning the Apollo Conference and its regional.

Head coach Colby Burdick said that this is always an exciting time for the year for him and his team. Coach Burdic said that his team has worked hard all summer while a lot of his players have played prep tour tournaments and other organizations.

“They’re always excited to get ready to go and it kind of was one of those things that most of them in most cases they may not be looking forward to going back to school, but know what this season is going on I think it helps them look forward to it helps me look forward to it as well.”

In the off-season the team has focused on its short game which includes chipping and putting. Last week, the team had a formal qualifier to get the lineup set and hit the ground running on day one of practice.

This year, this team will not have Jack Driscoll or Brent Hansen who were guys that Coach Burdick said helped put the program forward. This year’s senior class is strong, being led by Weston Grohne, Ashton Anderson and Riley Taylor. Coach Burdick expects his seniors to perform as well as lead by example. Coach Burdick wants his team to make every practice, tournament and stroke as it matters.

“Something I always hear them say, when we get to a big tournament, like conference or the postseason, they’re sayi mg every stroke counts, and I’m hoping what they’ll do is they’ll treat every tournament and practice as that, because that’s the best prepare them to be able to perform at their best in those tournaments. Because I’m not one of those coaches that says, ou, it’s just another tournament, because it’s not the pressure is different. And I know a lot of them understand that due to being in the lineup last year, but I think the best way for them to prepare for that is to treat today, first tournament Thursday, like it’s the conference tournament, or regional or sectional.”

Grohne as a senior leader has taken it upon himself to be a role model for the newer players and to keep them on course and focused and get them into the groove of playing golf. Grohne’s individual goal is to win the conference and wants his lasting mark to be remembered as a leader.

Anderson has taken on the role of trying to make everyone better whether in playing or mentally. Anderson’s team goal is for them to shoot under 315 and wants to individually shoot below 70. When he was asked what he wanted to be remembered as,

Anderson without a hesitation said he wanted to be the dude that hit bombs.

Taylor has mixed both in his leadership style and wants to be a role model, but also show the younger players what the expectations for the team are and what the team expects out on the golf course. Taylor’s team goal is to advance the team to state and his individual goal is to have a scoring average under 70. Taylor wants to be remembered as a good teammate who helped out other teammates when they needed it or questions answered.

Coach Burdick’s overall message to readers and the community is that this team continues to get better every single day.

“We’re proud of the culture that we’ve built over these last few years and we’re just hoping to keep it going in the foreseeable future,” Coach Burdick said. 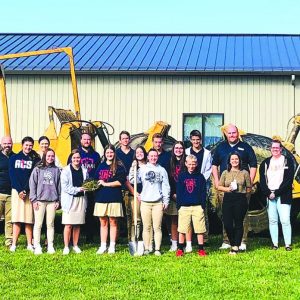