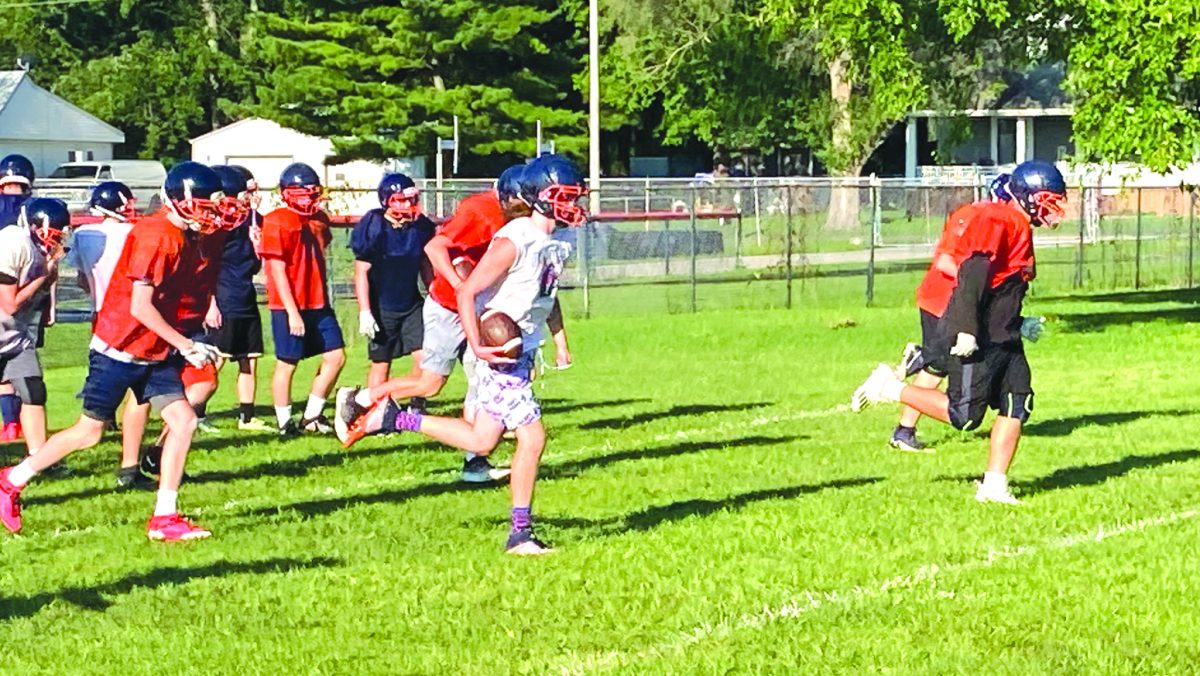 The Cerro Gordo Bement football team is gearing up for this season and is looking to compete in the Lincoln Prairie conference.

Head coach Nick Walker said that it’s been good to get back on the field as a team and get back into football after his team has worked hard all summer and to see the light at the end of the tunnel for game one. Coach Walker said that this is one of the best starts to a season as far as his team working hard and learning.

Coach Walker and his team have been putting in a new type of defense that has been a key emphasis in the off-season and in practice. On offense, the team has a lot of young kids and Coach Walker and his staff are trying to get things into the system and getting them to understand what the program is trying to do.

Piercall has begun his time as a leader by changing what he’s seen in his past few years as a player and working hard with his team. Piercall’s team goal is to make it to playoffs and his individual goal is to to improve in his game and play better than his last three years. Pier all wants to be remembered by his teammates and coaches as a good role model and a really good player.

Corpus embraced his leadership role and had been waiting for this time since he was a freshman and that it’s been fun so far making sure everybody is doing the right thing. Corpus’ team goal is to make the playoffs and his individual goal is to get more tackles. Corpus wants to be remembered by his teammates and coaches for working hard and driving other people to work hard this season and that this is the example for players to work hard in years to come.

Alumbaugh has taken his role as to watch other players and make sure they’re focused and that the team is getting better every day. Alumbaugh’s team goal is to make the playoffs and individual goals is to throw for 1,000 yards and get 50 tackles.

Alumbaugh wants to be remembered as someone who cheers on others as well as someone who holds himself accountable for mistakes while always being a team player.

Coach Walker said that the conference will be this year with Arthur, Villa Grove, Arcola and Cumberland coming back strong. Coach Walker thinks there are teams they will compare against in the conference and can win as well as their first goal non-commence games against Red Hill and Carlyle.

Coach Walker’s overall message to readers and community is to come out and watch this team.

“My biggest thing with our kids is to have a lot of fun, play hard, work hard, and it’ll pay off,”

Coach Walker said. I think this is a fun group. It’s one of the hardest working groups that I’ve had. I’ve gotten the chance to coach and I think it’s just going to be a fun year to watch.”

The Broncos will start their season at home against Red Hill on August 26 with kickoff at 7 p.m.