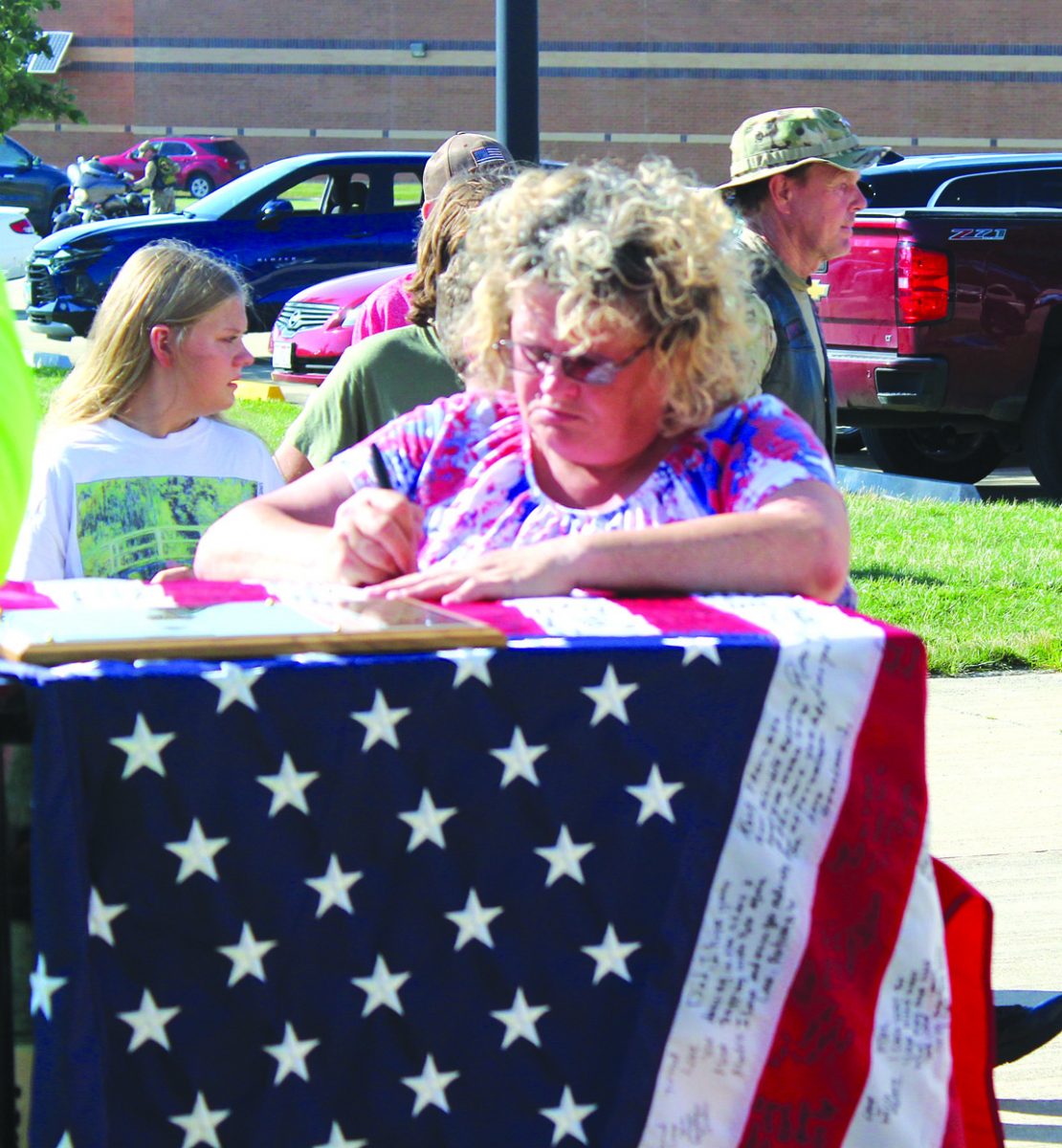 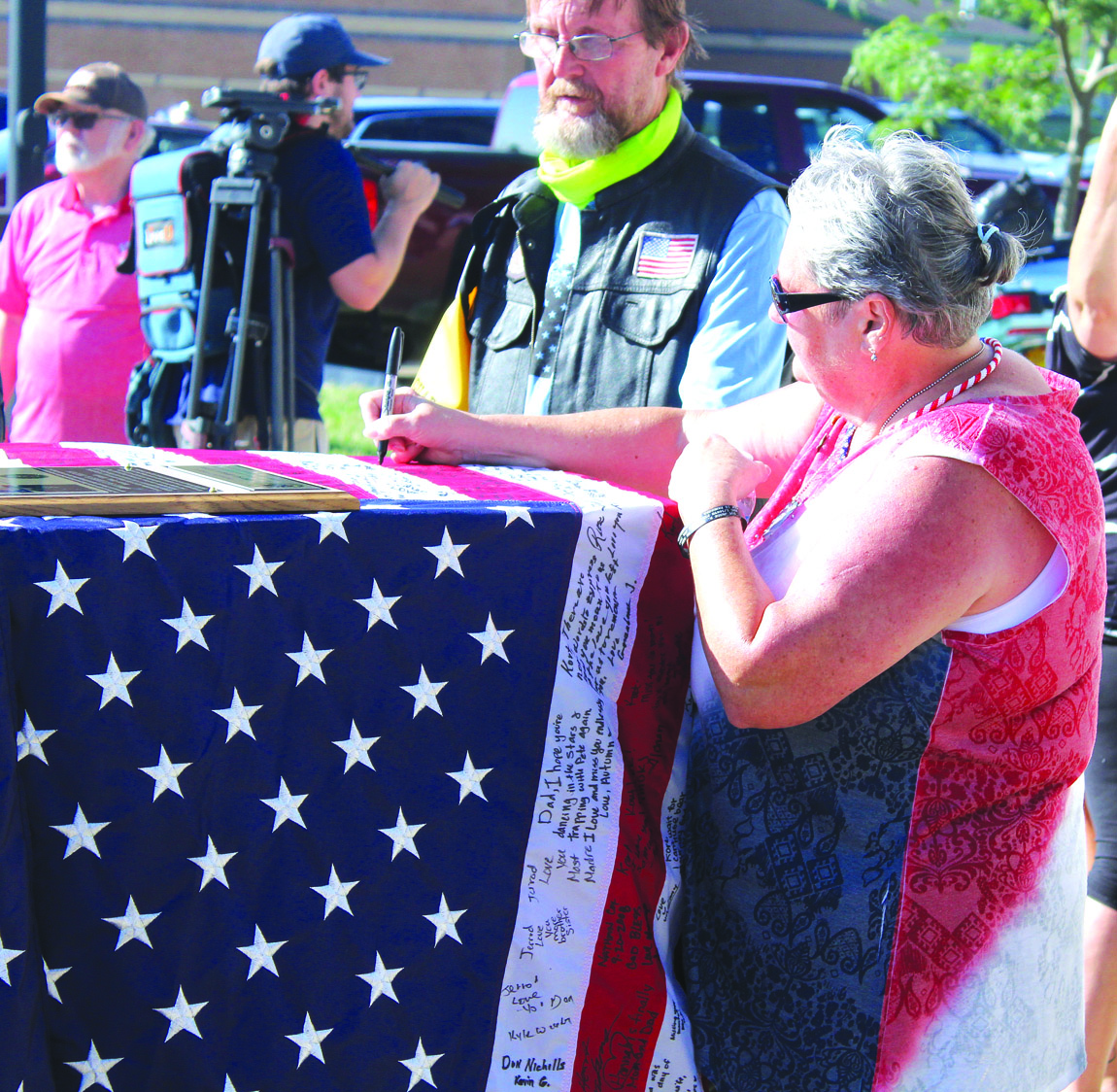 Tilton was an Army Sergeant who was assigned to the first battalion, 508th Parachute Infantry Regiment, Fourth Brigade Combat Team and the 82nd Airborne Division.

Tilton was killed on July 16, 2010. Tilton was tending to a fellow comrade and trying to get them both to safety. Tilton was struck and killed by a rocket propelled grenade.

Tilton’s mother Julie Tilton- Magana was presented a plaque in honor of her son, a picture of her son and a patch to commemorate the ceremony. Tilton-Magana said that she was speechless and thanked everyone for coming after what she was presented with the gifts.

Tilton also had a few of his fellow comrades in attendance for the ceremony. The group designated Charles Auteberrry from Longview to take part in an interview. Auteberry first bonded with Tilton at Fort Polk Louisiana while they were on night shift together. The two would watch videos on Tilton’s computer.

“Jesse was one of those guys that at a glance he was abrasive but once he got to know him, he was a very personable person and once he decided he liked you, he liked you,” Auteberry said. “But if he didn’t like you, he did not like you and he had no problem letting you know that.”

Auteberry also described Tilton as funny, confident and if his mind was made up he would not change that. Auteberry shared a story where the comrades wanted to get Tilton on a plane with an entire group of paratroopers. Tilton had no desire to jump out of the plane or do it. The plan was for the comrades to sneak Tilton on to the plane and once they got in line it was time for the jump.

Auteberry felt that time heals things, but he still remembers his fallen comrade and misses him.

“It’s been 12 years now, which I think is equally as painful as remembering it happening,” Auteberry said. “Just the fact that I was 21 when he was killed and I was two years younger than he is. And I’m 10 years older than he ever was now . And I think that that’s a lot but I think a lot of the healing has occurred. But it’s always challenging, because you think about it and it doesn’t seem like decades past and it doesn’t seem real, but you blink and you move on and you keep pushing. Jesse was a hard-nosed person and he would call us wimps if cried and didn’t keep strong.”

Clifton was posthumously promoted to the rank of Corporal and has been awarded the Bronze Star, the Purple Heart, Combat Action Badge, and the Army Good Conduct Medal.

Chris Mitchuck is the Survivor Outreach Services Coordinator for Central Illinois. Mitchuck said that events like this help the families of the fallen soldiers know that they are still connected to the military family and that their loved one is never forgotten.

“They don’t want their loved ones to be forgotten and any kind of loss is tough,” Mitchuck said. “Losing somebody’s son suddenly, particularly in war is particularly difficult and just to have people turn out just keeps them connected to the military family and there will always be a hole in their heart, but this is a way that will keep them feeling supported and loved.”