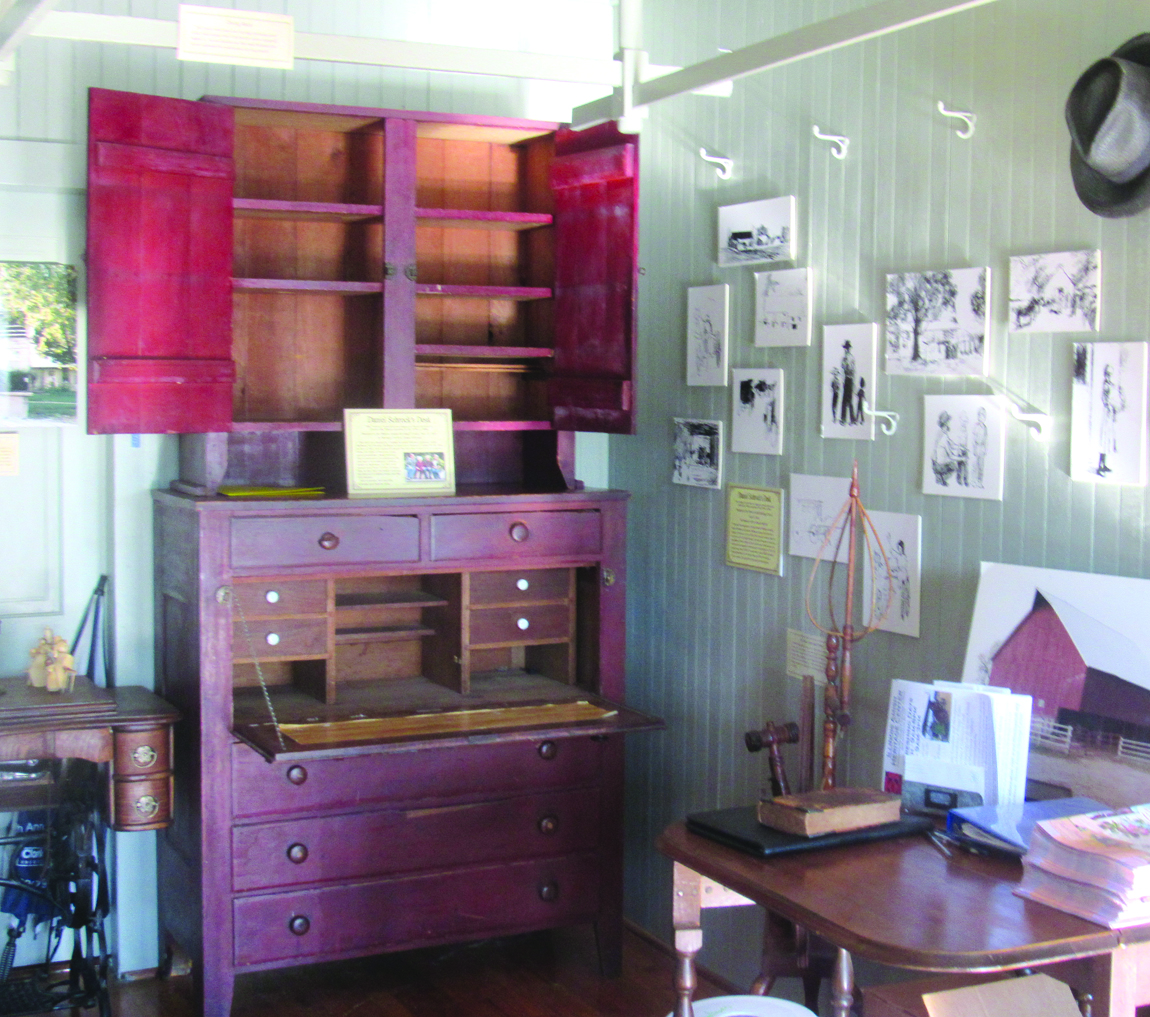 The desk that once belonged to Daniel Schrock now resides in his home on the IAHC campus. The story, told by many family members in attendance, is that the chip on the middle drawer at the bottom was caused by the kids in the family pulling the drawer out to stand on it to reach the candy dish on an upper shelf. 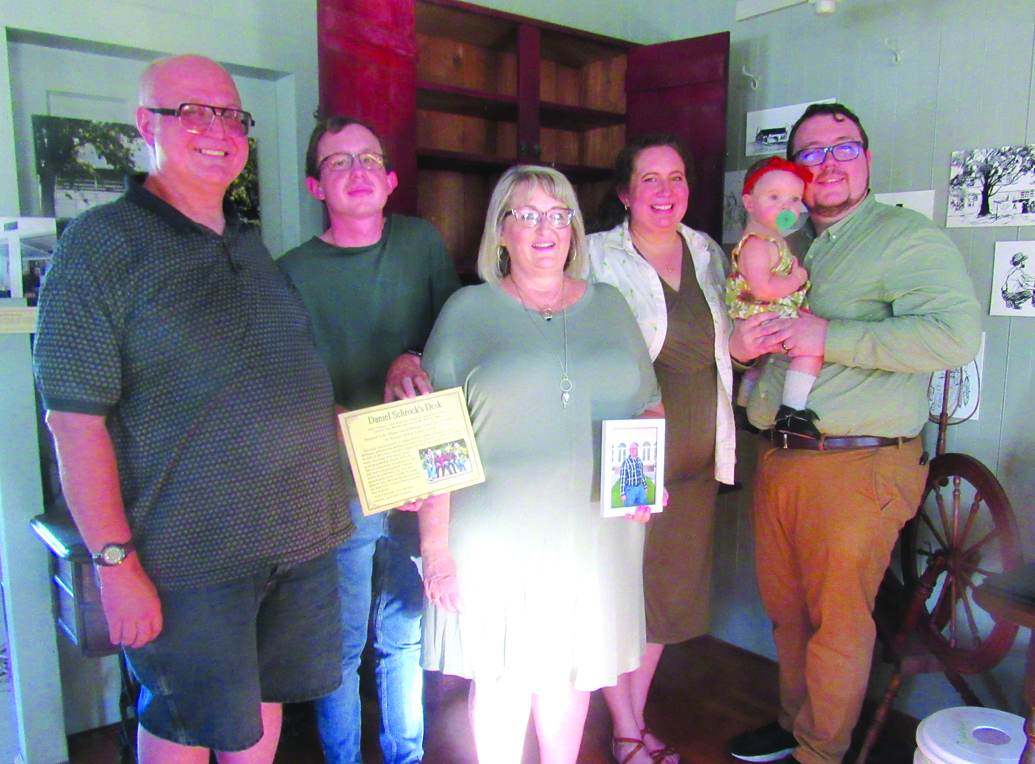 On Tuesday, July 12, the Illinois Amish Heritage Center held a dedication ceremony at which a desk belonging to the late Eric Schrock, son of the late Yost and Ella Schrock, was donated to IAHC by his family in memory of Eric.

Wife Cynthia, son Matthew, daughter Ashley Hoffman, her husband Cody and their daughter Dorothy were all in attendance at the dedication along with many other family members and friends.

The desk now once again resides in the Daniel Schrock house (circa 1882) on the IAHC campus. Daniel, Eric’s great great great grandfather, had originally had the desk shipped to Chesterville via train in the 1870s or 1880s.

The desk still retains its original oxblood paint and has been passed down through several generations.

It was Eric’s wish that the desk come back ‘home’ and the plan had been to bring it back last summer but ‘unforeseen circumstances’ prevented that from happening.

Sadly, Eric passed away last September but his wife and children wanted to honor him and fulfill his wishes.

Eric was a 1982 graduate of Arthur High School much beloved by many of his classmates and still had not only family but many friends in this area.

Speaking for the Illinois Amish Heritage Center, Wilmer Otto stated, “We are delighted to receive such a rare gift and will safeguard it carefully.”