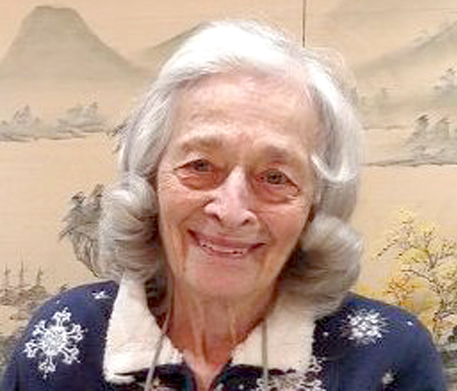 Kathryn was born in Decatur, IL in 1931, daughter of Dr. Albert Ogden Trimmer, MD and Albertha Irene Trimmer, of Cerro Gordo, IL. After growing up in Cerro Gordo, she graduated from the University of Illinois with a BA in Speech Correction and taught kindergarten and elementary school. She married Donald J. Parkhurst, known to her as D.J., who became a Colonel in the U.S. Air Force, and they moved extensively throughout the U.S. and lived in Japan and Okinawa for several years. When he became the Squadron Commander of the 67th Tactical Fighter Squadron during the Vietnam War, she took on the duties of being the Squadron Commander’s wife, which is an important leadership role in Air Force culture.

After retirement they returned to Decatur, Illinois to manage the family farms. She was active in the Women’s Club of Cerro Gordo and spent much of her time gardening reading and caring for her cats.

Interment will be at a later date at Arlington National Cemetery in Arlington, Virginia.