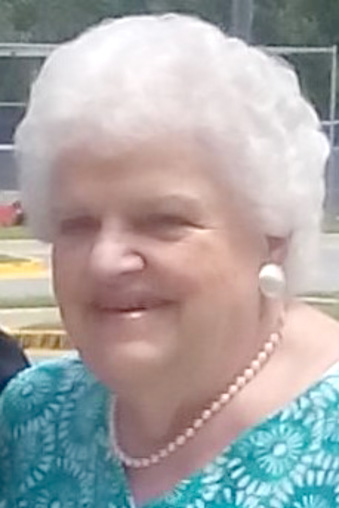 She attended elementary school through high school in Charleston. She was a bassoon and saxophone player in the band, an alto in the chorus, and a catcher on the softball team.  She was a graduate of Eastern Illinois University with a degree in music education.  She started her first teaching position in Hammond, IL teaching classroom music, chorus, and band.

She met John at college while visiting on Veterans’ Day.  They had their first date on her birthday, November 14, 1959 and went bowling which was a pastime they enjoyed together for nearly 60 years. They were married June 19, 1960 in the Methodist Church in Charleston, IL.  She continued teaching until 1962 in Hammond, IL when their first child was born.  She returned to teaching classroom music in Arthur, IL in the elementary school and later added Junior High & High School where she directed the chorus and swing choir until retirement after 30 years of teaching.

In addition to her husband John, she is survived by two sons John A. (Mar) of Plant City, FL & Ronald (Amee’) of Six Mile, SC, three grandchildren, Marissa of St. Augustine, FL, Jack (Erin) of Orlando, FL, and Sophia of Six Mile, SC, and one great-granddaughter, Sage of Orlando, FL. Also surviving are two brothers, Wayne (Carol L.) of Belleville, IL and Darrell (Cynthia) of Dyer, IN.

Celebrations of Life will be held in Arthur, IL at the Vine Street Christian Church on Saturday October 8, 2022 at 1:00pm and in Port St. Lucie, FL at The Savanna Club Cove Room on Saturday September 17, 2022 from 1:00-3:00pm. In lieu of flowers, memorials can be made to your local Alzheimer’s Association.