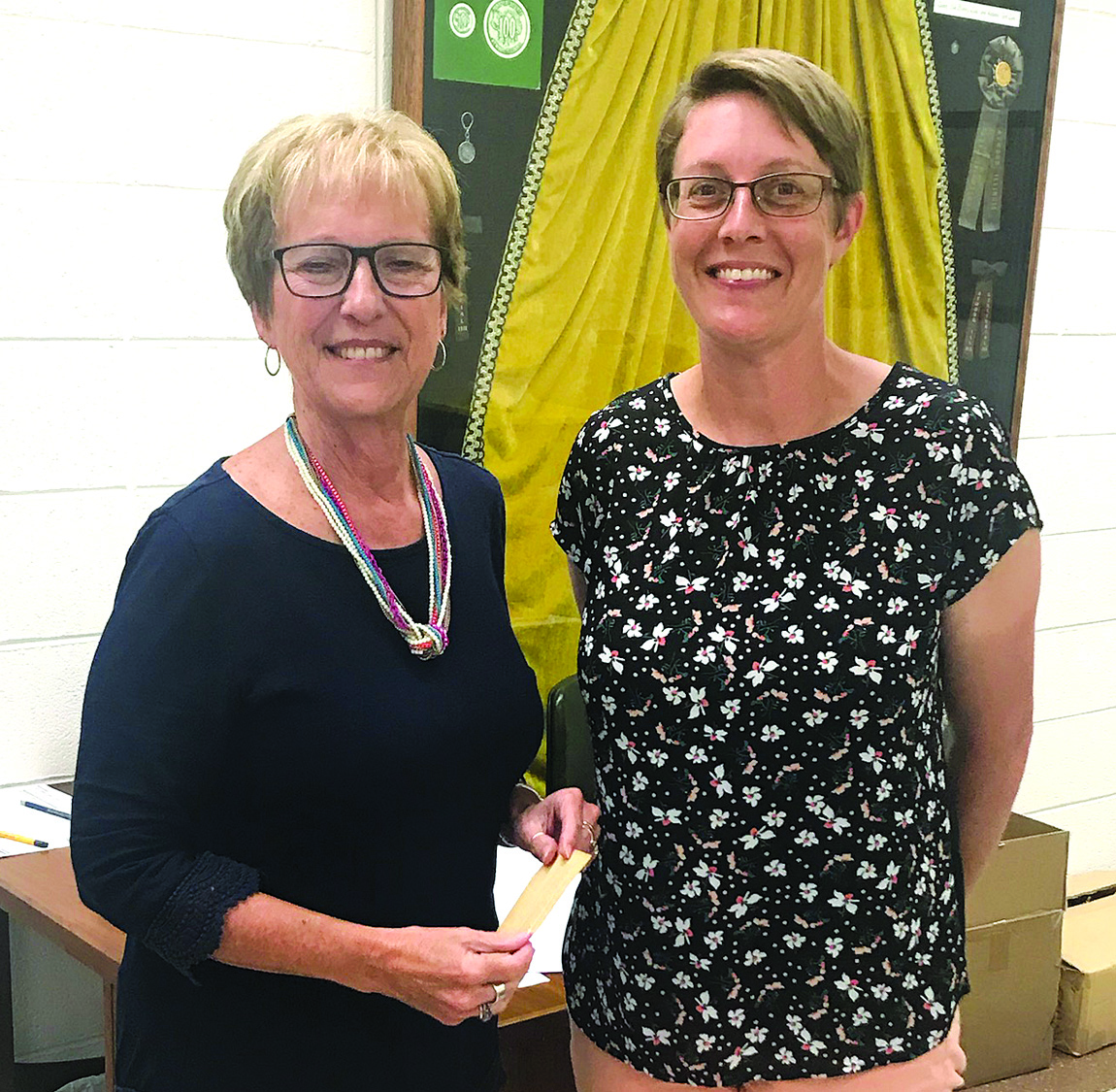 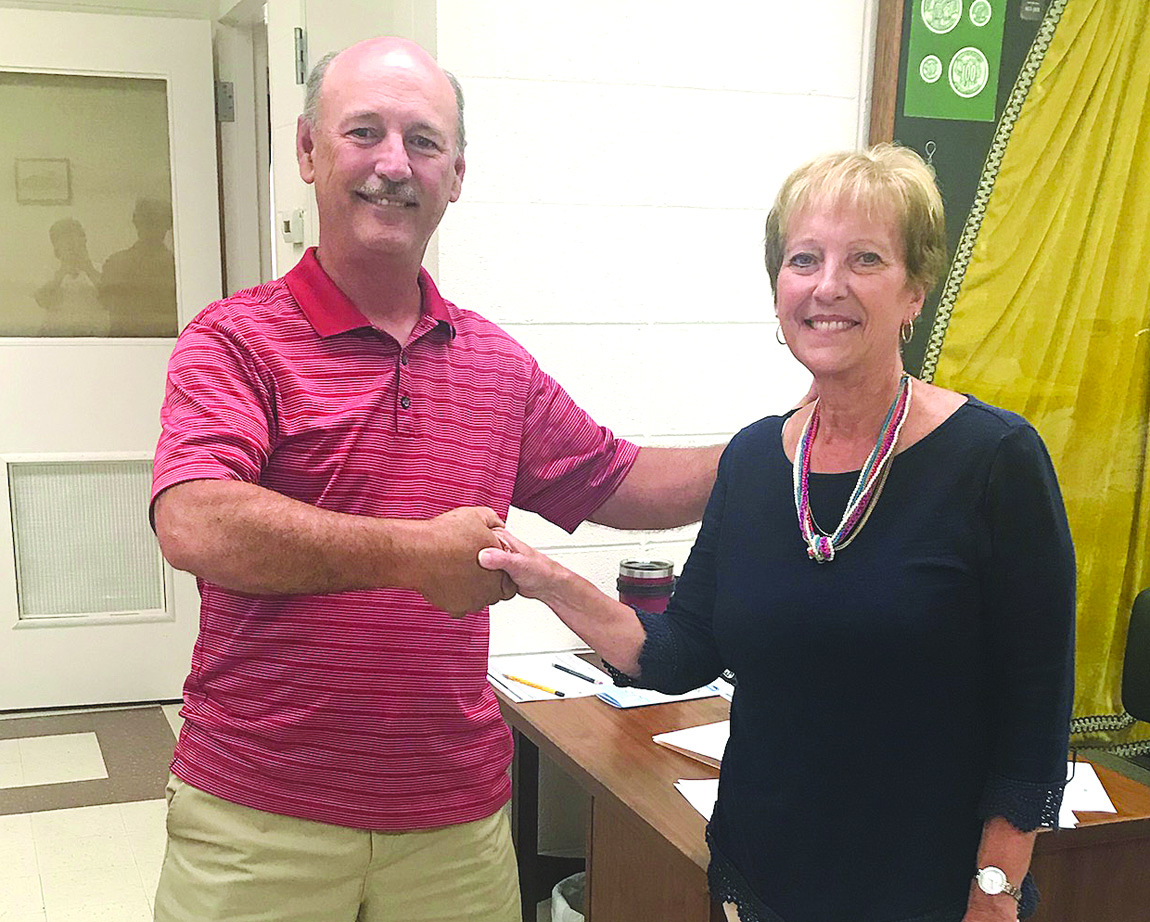 There was a changing of the guard at the regular meeting of the Atwood Village Board on Monday, June 13. Village President Bill Fleming thanked Nancy Wierman for her service as Atwood Village Clerk and Collector. Nancy recently retired after seven years in the position. Nancy swore in Amanda Barbee as the new village clerk and the board passed a motion making her collector. Amanda has been in training for a few weeks and will officially take over on July 1.

The board approved expenditures totaling $94,494.50. The total included mower, lift station, money to outfit the new police car, etc. A portion for the police car will be reimbursed to the village.

Regarding the park grant, President Fleming stated that he has e-mailed the Illinois Department of Natural Resources office of Grant Management so see what is going on with this grant.

After contacting a railroad representative regarding the Main Street crossing, Fleming stated that they have inspected the crossing and made repairs.

Patching, painting and cleaning of the new police building has been completed by Bill & Shari Fleming. Davis Construction has been contacted to begin the renovations at their earliest convenience. AJ Graphics is to obtain window vinyl to place on all windows/doors to block vision from the outside and provide signage for the police building. The building is ready for the police department to move in as soon as they can. Work will begin on the old police building once they have completed their move.

This building will serve as a records storage building.

Fleming told the board that he was sending letters to the Douglas and Piatt County Boards of the village’s intention to relocated the village offices from Piatt County to Douglas County in the near future. The purpose of this letter is to give them a “heads up” of the board’s plans; and to inquire if there might be any issues with this relocation from their perspectives. He is also contacting alternate organizations that would be willing to serve as future voting locations. Fleming said that once he has a willing organization, he will notify Piatt County to seek their authorization to proceed.

The board passed a motion to advertise for bids to renovate the new village hall.

The bid packet cover for the re-paving project for the Atwood business district has been received by Ryan Staley from Farnsworth. He has submitted the entire bid packet to IDOT for review and approval. President Fleming said that once the bid is approved by IDOT, the project will be posted for bid letting. He is hoping to get the approval from IDOT by the week of June 20; then the project will be posted for bid letting. Fleming said it has to be posted for two weeks so contractors can submit their bids. After the two weeks, there will be a bid opening at the village hall, conducted by Staley. When they have a low bidder, the village will enter into a contract with the contractor. That agreement will again be approved by IDOT. Once approved, the contractor can begin work. Fleming added that Staley noted that all work must be completed by August 13. That gives a week of lag time before the Apple Dumpling Festival August 19 & 20, in case something happens during construction.

The subject of yard mowing, storage of campers, dogs, grass on streets and fence for pools was discussed once again. An article appeared in this newspaper recently regarding each of these subjects. The board would like to remind all residents (once again), there is a specific ordinance on each of these. If these laws are not followed, Atwood Police Chief Rob Bross will give out warnings to those breaking the laws, then fines. Abandoned properties had until May 27 to clean them up. For those failing to clean these properties, the village will be following up with legal action.

Chief Bross told the board that he has talked to Douglas Co. Animal Control and they will fill in with picking up stray dogs when he is not available.

Bross finished his A.L.I.C.E. Training on Tuesday, which makes him good for another two years. A.L.I.C.E. is a verified training program that gives citizens options when encountered with an aggressive intruder or active shooter in order to increase their chances of survival. Bross also said he had applied for a USDA grant to help with furnishing his new office.

Allen Kilber brought up the subject of putting up a new hitch rack behind the former Kirby Building at a cost of $2,125. There was opposition from the audience that they felt this was an expense that was not necessary at this time. At the present time, there are very few buggies using the hitch that is there. After discussion Kilber asked for the subject to be tabled at this time.

The board passed a motion to accept Ordinance 22-O-4 declaring surplus property. At this time, it is only a jetter.

Jeff Mercer, Public Works Superintendent, reported there is a water leak at the park using 254 gph. They are not exactly sure where it is coming from, but are going to try and wait until after baseball season to dig.

Two bids for tree and stump removal were discussed. The board passed a motion to accept the low bid of approximately $20,000 from Leaf It To Us Total Tree Care Plus of

A separate article on the Atwood downtown beautification project will be published in a future edition.