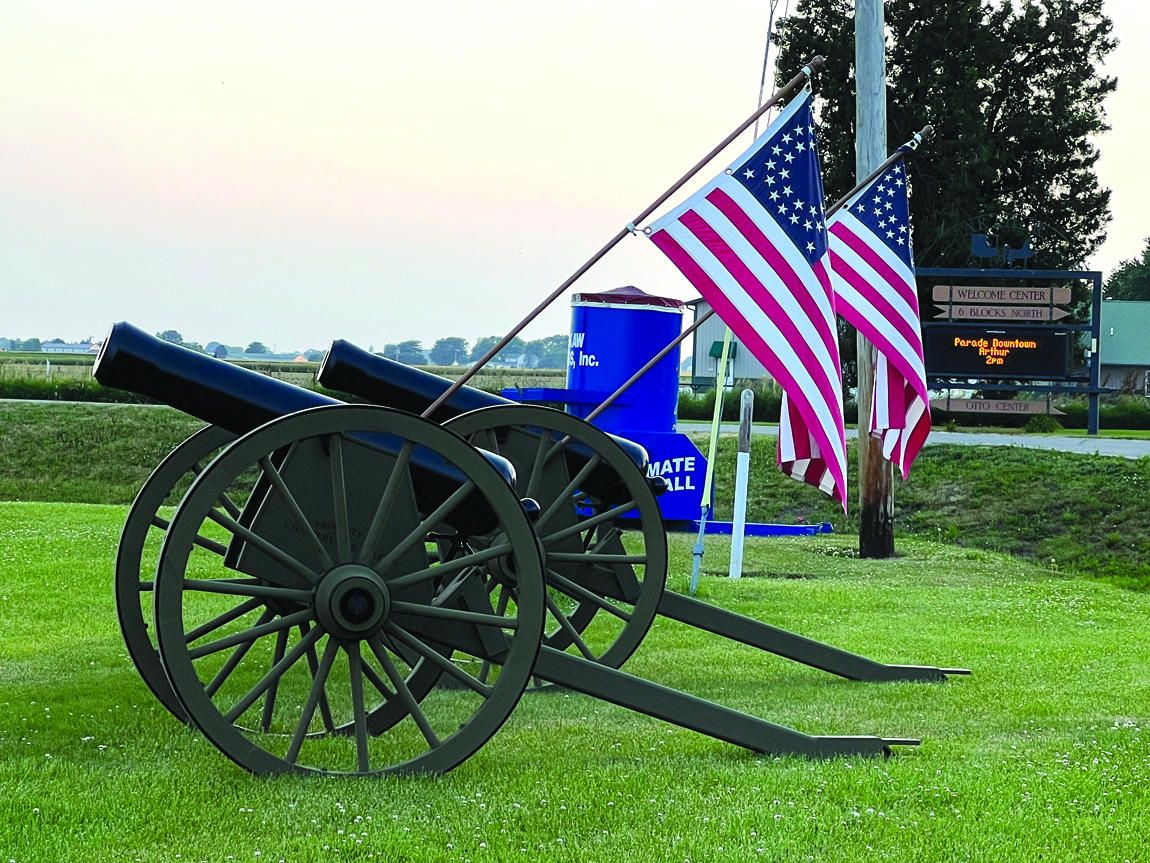 The community of Arthur will play hosts for thousands of visitors on Saturday, June 25, as it holds the annual Freedom Celebration downtown and in Jurgens Park (the Moultrie-Douglas County fairgrounds).

The celebration has two parts with a parade downtown and the Arthur Fireworks in the park south of the high school.

The annual Freedom Celebration Parade steps off at 2 p.m. on East Progress Street. Line-up begins at 12:45 p.m. in the former Progress Industries property on the north side of the street. “Take Pride in America” is this year’s theme.

The parade proceeds west on Progress Street to Vine Street, south on Vine Street to Logan Street, east on Logan to Pine Street, and north on Pine back to Progress where it will disband.

Belgian horse hitches, queens, politicians, antique cars and tractors, floats, and more will delight those in attendance for the annual parade sponsored by the Arthur Area Association of Commerce.

Events at Jurgens Park open around 4 p.m. with concession stands and vendors galore offering a wide variety of food and treats. Tickets for optimum firework seating in Jurgens Park also begin selling at 4 p.m. T-shirts and the newly introduced ball cap commemorating the fireworks show will also be sold. The proceeds from the t-shirt and sale of ball caps are earmarked for veterans going to the Combat Veterans Motorcycle Association.

Special guests Captain Rat and the Blind Rivets will be performing before the fireworks from 6-9 p.m. on the south side of the ball diamond.

Be sure to look to the skies for the Powered Parachutes (weather permitting). The skydivers will land on Arthur High School football field at 8 p.m. with the singing of the National Anthem as the final skydiver brings in the American flag.

The gigantic and amazing fireworks display by J&M Displays, Inc. from Iowa will be presenting almost 30 minutes of fireworks accompanied with music which will be simulcast on the radio station WZNX-The Fox, 106.7 FM.

The Rural Patriot and “Philly” will make their debut at this year’s fireworks show. The horse, named Philadelphia or Philly for short, will mark the first time a filly will be ridden during the show.

The Niagara Falls Fellows, under the direction of Larry Schlabach, return to launch a battery of fireballs including Vesuvius, one of the most powerful fireballs in any fireworks display in east central Illinois.

Chief Illiniwek will also be making an appearance on top of the press box at the football field as orange and blue fireworks will be shot off along with the playing of the University of Illinois fight song.

Arthur Rotary Club presents the Arthur Fireworks with the assistance of hundreds of businesses, organizations, and individuals who support the event financially and through volunteerism.

The fireworks display is scheduled to begin at dusk (around 9:30 p.m.).

Come early and enjoy the parade; stay late and celebrate America with the spectacular Arthur Fireworks.