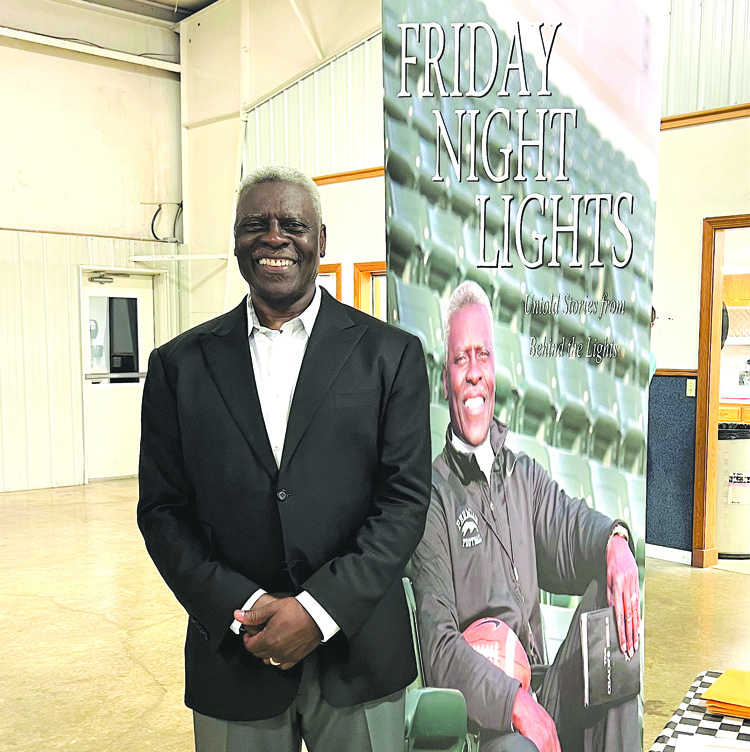 Dr. Nathanial Hearne, educator, motivator, mentor, executive, Pastor, trainer… and ultimately… the man who has led countless individuals to excel far past their expectations and even their dreams, told his story to over 400 in attendance at the Otto Center last Wednesday evening. One of eight children, Hearne’s father worked at a full-service gas station and his mother cleaned houses all her life. They lived in a 3-room (not 3-bedroom) house that sat on block cinders with no hot water and no indoor bath facilities. When they got ready to take baths his mother heated the water on the stove and poured it into a 3 foot tub. He told how he went to school with holes in clothes and shoes and took a bologna sandwich in a brown paper sack every single day to school for lunch not knowing if there would be anything for dinner. Hating school and wanting to dropout as he was making mostly D’s and F’s, it wasn’t until his 7th grade year that his science teacher took an interest in him along with his football coach that he turned his life around. He played an important part in the lives of those football players who the film “Friday Night Lights” was all about, instilling a love of honor and sportsmanship in the lives of the young men he coached. Dr. Hearne practiced what he preached, that by applying yourself and making the most of what God had blessed you with you can do anything and become anything you want. He is married to Callie Williams Hearne and together they founded Made Up Minds, “Changing the World, One Mind at a Time”, consulting business. They reside in Arlington, Texas and have five grown children and three grandchildren.