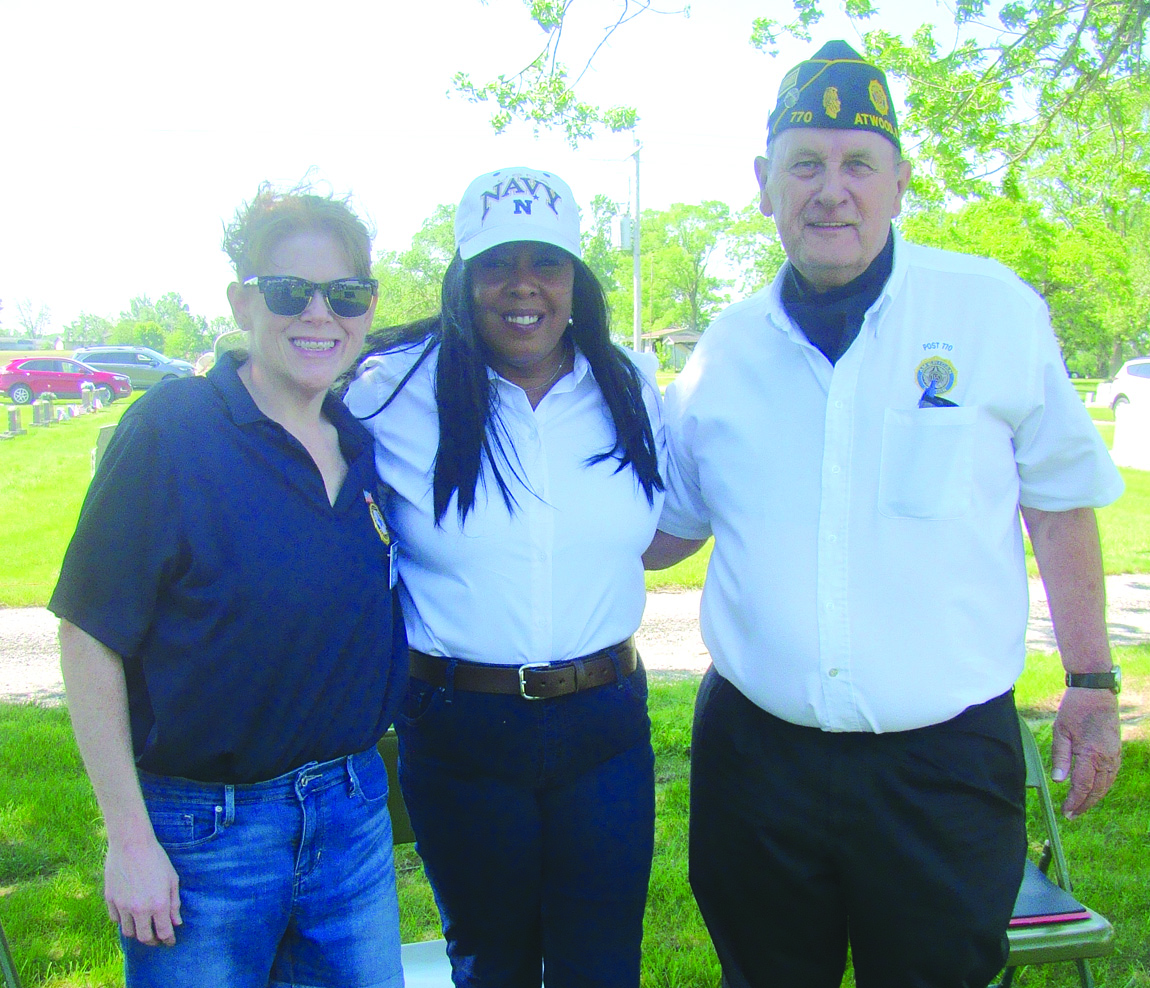 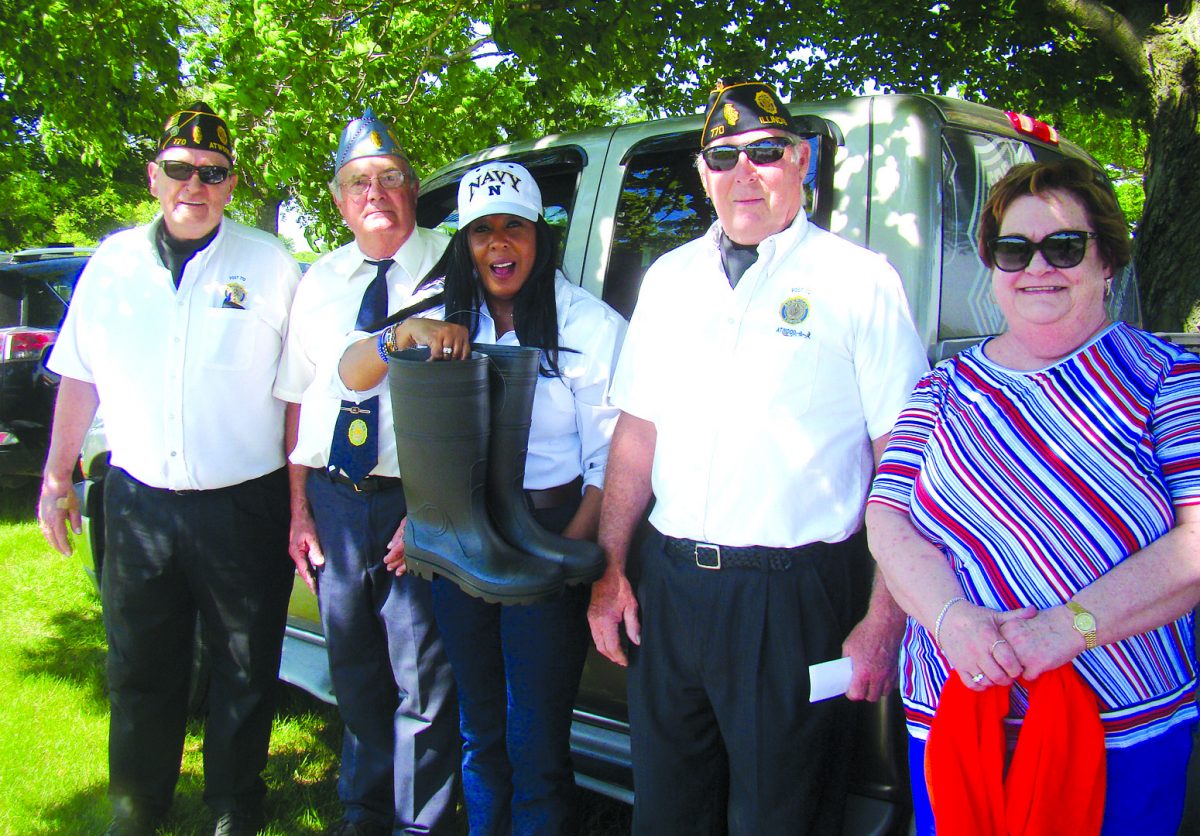 Prior to the Memorial Day Services, some Atwood supporters of Peggy Hubbard surprised her with a pair of tall rubber boots just in case the campaign trail gets too deep.Peggy was guest speaker for the services on Memorial Day. She is a candidate for US Senate. Pictured are, left to right, Ken Caraway, Gary Appleby, Peggy Hubbard, Howard Kamm & Bibby Appleby.

“When people say, ‘Happy Memorial Day!’….. There’s nothing happy about those who wore the uniform and never took it off. They are laid to rest in a casket, draped with OUR flag. Eternal sleep still in uniform,” is the way Peggy Hubbard began her speech at the annual Memorial Day Services on Monday, May 30 at Mackville Cemetery. The service is sponsored by the James Reeder Unit #770 Atwood American Legion.

Peggy is a Navy veteran, former Police Officer and Retired IRS Analyst. Peggy says she doesn’t have notes to read her speech, she feels it should come from the heart. Peggy sent me to her FB page where she had posted something similar to her speech.

While not exactly her speech, Peggy’s heart led her in a right direction both in her speech and FB post.

She continued, “A mother weeps for her son, her daughter. A wife weeps for her husband, her soulmate. A husband, pounds the casket of the lady that was his world. She was now at rest in the arms of our Lord. And children, cry for their parents. They will miss softball games, plays, daddy/daughter dances, Cub Scouts, birthdays, proms and graduations. Miss the birth of their grandchild. But, to meet their new offspring’s at gravesides. They only have their memories, pictures and testimonials from family and friends.”

“We are standing today, at back yard cook outs, pool parties, Flying Ole Glory. The sacrifice was made by these fallen soldiers; their blood was spilled for YOUR freedom. No, there’s nothing happy to these families who had to bury their own. Our national cemeteries are filled with HEROES, I don’t gush when I meet celebrities or sport figures…” said Peggy, “I gush when I shake the hand of a Veteran, I gush when I shake the hand of a parent who lost a child in service of our country. Or, the spouse of our fallen. I am deeply moved by their unwavering commitment to our freedom. Despite their pain.”

Peggy concluded her speech with the following, “I am grateful for my freedom. But I am not ‘happy’ that they paid with their lives for freedom. So, remember this when you chow down this holiday weekend. We are standing on FREEDOM, because those brave men and women are now STANDING in God’s kingdom. A few gave some. Some gave all. God Bless.”

This was a very impressive speech; you could tell it came from the heart.

The breeze blew through the trees, the flags waved, the firing squad gave the salute and the beautiful sound of taps by Bill Fleming rang through the air. The flags were retired and the audience left, leaving the quietness of the cemetery and the memories of fallen soldiers.