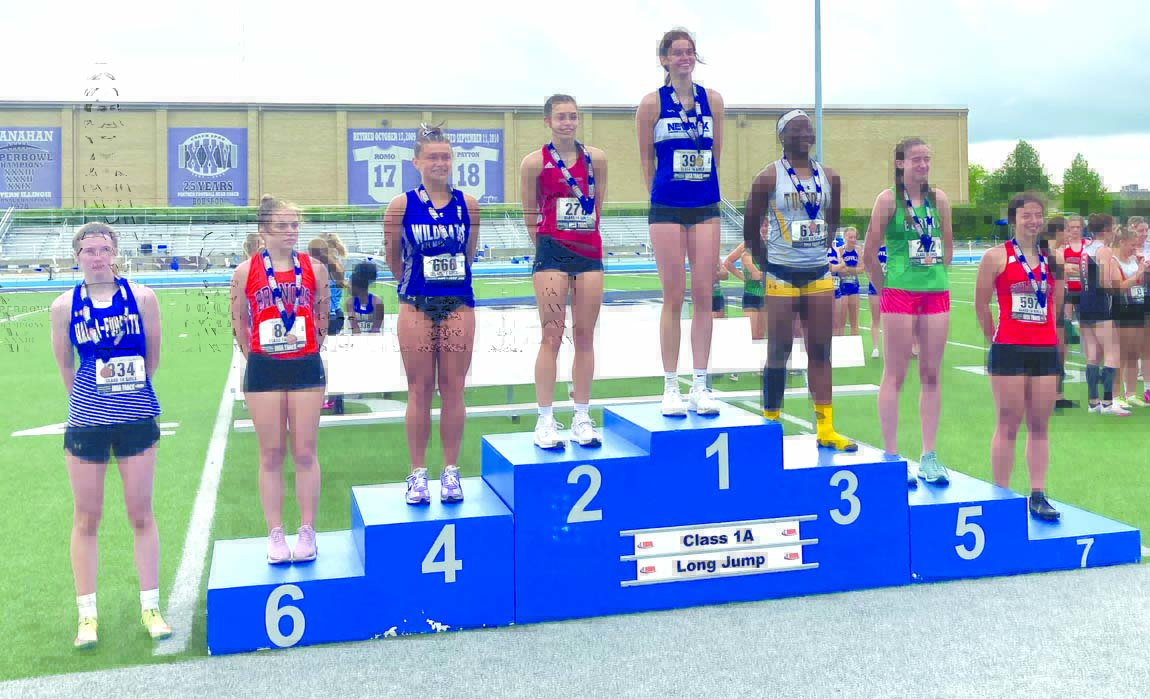 CGB Senior Bella Zigler earned a 6th place medal in the long jump at the IHSA State Track and Field Class 1A Meet last Saturday. Bella is shown here on the medals stand at State after receiving her medal.

For the first time in the Cerro Gordo Bement Bronco’s co-op history, the Lady Broncos brought home a medal from the IHSA Class 1A State Meet and were oh so close to earning two.

Senior Bella Zigler jumped a PR of 5.19m or 17’ 0.25” in the pre-lims on Thursday, May 19 to advance to the finals on Saturday, May 21. In the finals, the girls get three more attempts. Bella didn’t improve on her jump from Thursday but that leap was good enough for a sixth place medal at State!

Her teammate, Jazzi Hicks, a junior, competed in the shot put preliminaries on Thursday also. Jazzi’s best throw of 10.99m or 36’ 0.75” sent her to Saturday’s finals competition. Jazzi’s preliminary throw was also her best of both days and she finished in eleventh place, just two shy of earning a medal. There were 29 competitors in the Class 1A shot put competition.

Both girls and the rest of the CGB Lady Broncos had a very successful 2022 track and field season and look to continue that success in the future!