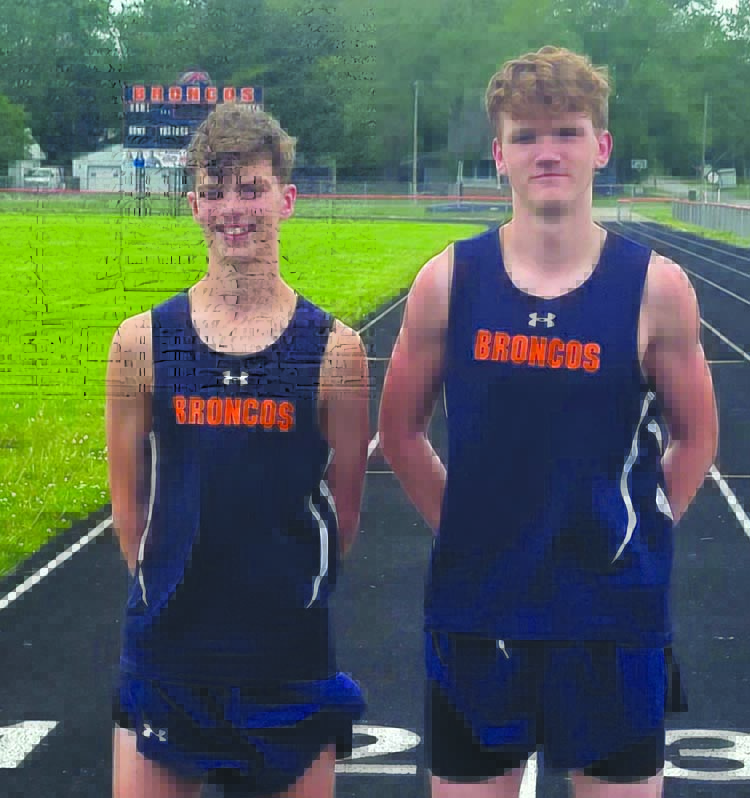 The Cerro Gordo Bement Broncos boys’ track and field team competed at the IHSA Class 1A Sectional #10 at Tuscola on Wednesday, May 18.

Sophomores Chance Young and Dylan Howell both qualified for the IHSA State Track and Field Meet in Charleston on May 26 and 28.

Chance placed fourth in the high jump but his clearance of 1.85m or 6’ 1” met the qualifying standard for that event.

Chance will jump in the State final prelims on Thursday, May 26 with an opportunity to advance to the State Finals in the high jump on Saturday, May 28.

The Broncos 4 X 4 foursome of Jariah Adamson, Evan Fogerson, Howell and Young scored the other points for CGB by finishing fifth in that relay with a time of 3:43.94.