The Broncos watched the game slip away early and couldn’t recover in a 13-3 loss to Cumberland on Monday, May 9 on the road.

The Pirates scored on a double by Hendrix, a single by Keyser, and a groundout by McMechan in the first inning.

CGB struggled to put runs on the board and had a tough time defensively containing Cumberland, giving up 13 runs.

Tyson Moore took the loss for the Broncos as the righty allowed four hits and five runs over three innings, striking out one.

Xander Hutchcraft and Moore each managed one hit to lead the team. 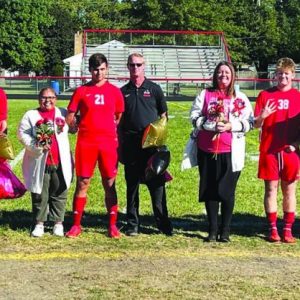