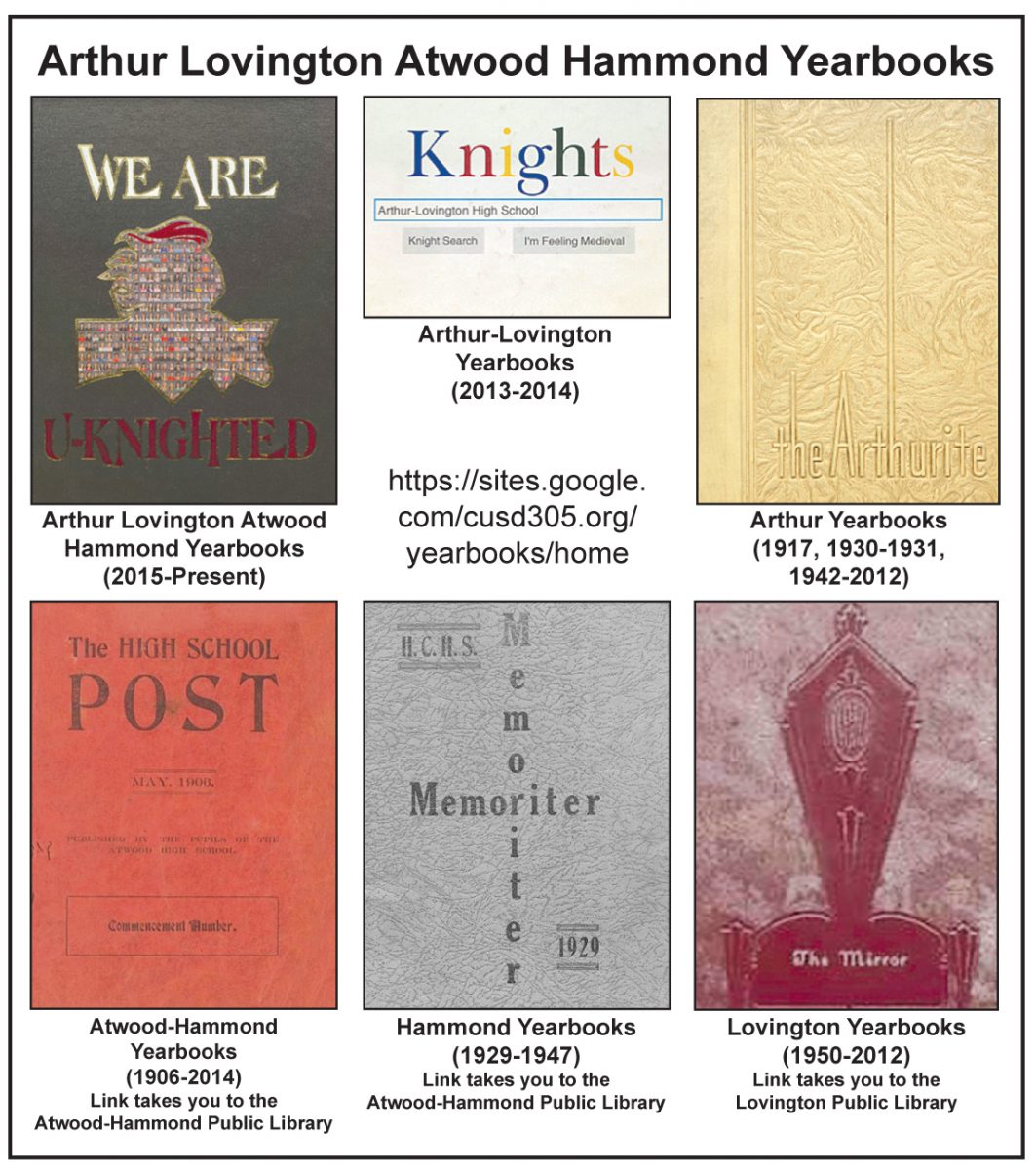 Last fall, Renee Brown, who is the district librarian for CUSD #305, approached the education foundation about helping with a project regarding the digitization of yearbooks from our various schools.

At that time she gave the foundation background information on who is doing the project and how it works.

She stated, “I have recently been contacted by an organization who is offering to digitize our high school yearbooks. OCI, Oklahoma Correctional Industries, has embarked on The Yearbook Project which offers “free” digitization of high school yearbooks. Their current offer is to digitize, for free, our yearbooks from 1950-1989. In addition, they are running a November special of “buy one, get one free” for any yearbook after 1990. Principal Seegmiller encouraged me to reach out to a couple of organizations to help fund this project.” She goes on to say,

“Digitizing our yearbooks would be a great way to preserve our school history. I have contacted the public libraries in Arthur, Atwood and Lovington and have learned that Atwood and Lovington have both utilized this service for the yearbooks in their communities prior to annexation. Both libraries have agreed to let CUSD#305 link to their yearbook copies from our website.”

Estimated cost was between $500 and $700 but the final cost was actually $400 and, as mentioned, the District #305 Education Foundation funded the project.  https://sites.google.com/cusd305.org/yearbooks/home

A HISTORY OF OUR HIGH SCHOOL

In July 2012, Arthur’s longtime school district consolidated with the nearby school district in Lovington, Illinois forming a new high school name, Arthur Lovington High School. Two yearbooks issued in 2013 and 2014 were published under this new name. The Lovington High school started in 1885. The school system (District 303) served the community and surrounding farm families for 127 years.

The history of the Atwood former solo school system is in need of research. We believe that the residents of Atwood had begun an educational process in their town during the late 1800s. A high school probably followed shortly after. The first yearbook called The Post was published under the school name of Atwood High School in 1906. We know that Atwood High School served the town’s children through the late 1940s.

It was then that consolidation talks began with Atwood’s neighbor to the west, Hammond. Hammond yearbooks are dated between 1929-1947. The talks were solidified in 1948 when the Atwood-Hammond School District was established. The high school for the new district was located in Atwood, where it remained until the close of the 2013-14 school year.