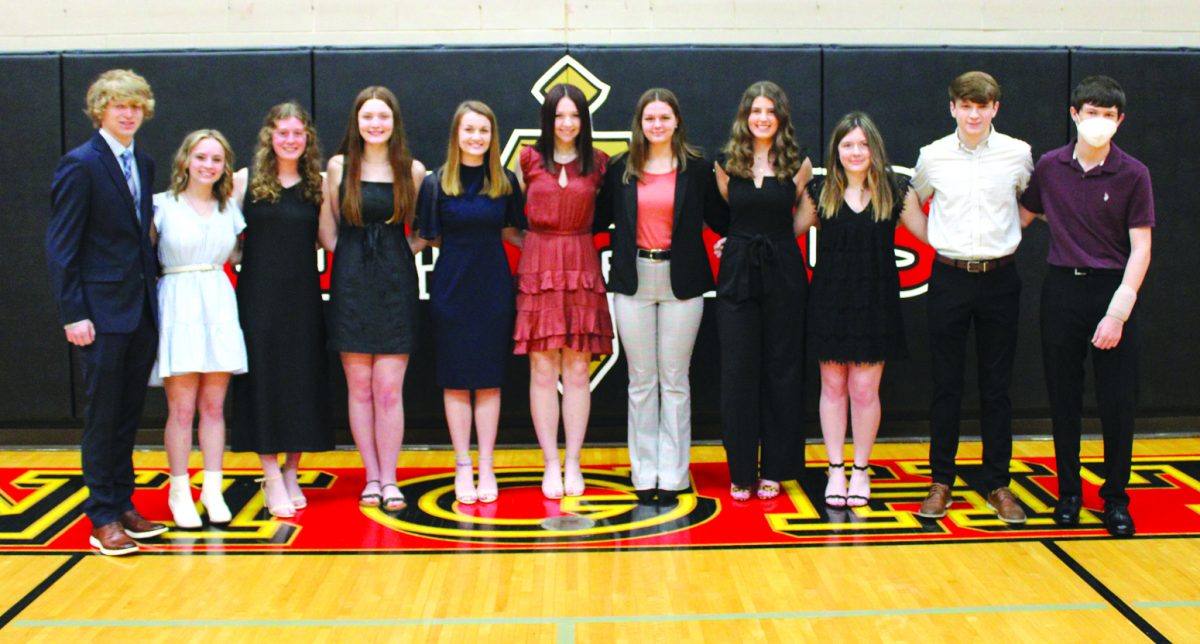 Bret began by mentioning he knew Mr. Cheek, CUSD 305 Superintendent and Mr. Seal, ALAH Athletic Director from his high school days at Mahomet-Seymour High School. He told how he wasn’t a good athlete in high school but set a goal to be all conference in football and worked really hard and did achieve that goal. He had another goal and that was to become a sports broadcaster and even Sports Director at Channel 3 like the then Director Chris Widlic, but that all changed on June 13, 2006. He was working at the time building cell towers and suffered a terrible accident when he fell from 80 feet suffering severe injuries including the loss of a leg and causing him to be in a coma for 13 days and hospitalized for 56. He decided he “wasn’t going to let it stop me or slow me down.” It was a perspective definer and for him a second chance at life. He went on to finish at Parkland College and then to SIU-C and eventually became that sports broadcaster and director. He challenged the students with the question, “how do you make the most of a moment?” “The journey is not always easy, not always fun, but God said it would be worth it.” He told them to search for their why, his why being the power of a second chance. He closed with stating he is thankful for opportunities and thankful to share his story about God’s plan for his life.

ALAH High School Principal Steffanie Seegmiller offered some congratulatory remarks. She spoke about NHS being both an honor and a responsibility. National Honor Society has been in existence since 1921 and our school has been inducting new members since 1961. She told the students “to recognize the challenges of belonging to this group and weaving the four pillars into their daily lives and carry them also outside the school walls.”

Kade closed the ceremony with thanks to all involved in making the ceremony possible, including Mr. Wood and the quintet, Mrs. Beckmier for the beautiful floral arrangements grown by the FFA, NHS adviser, Ms. Kendall Huffman, the administration and the committee responsible for the refreshments for the reception that followed the ceremony.