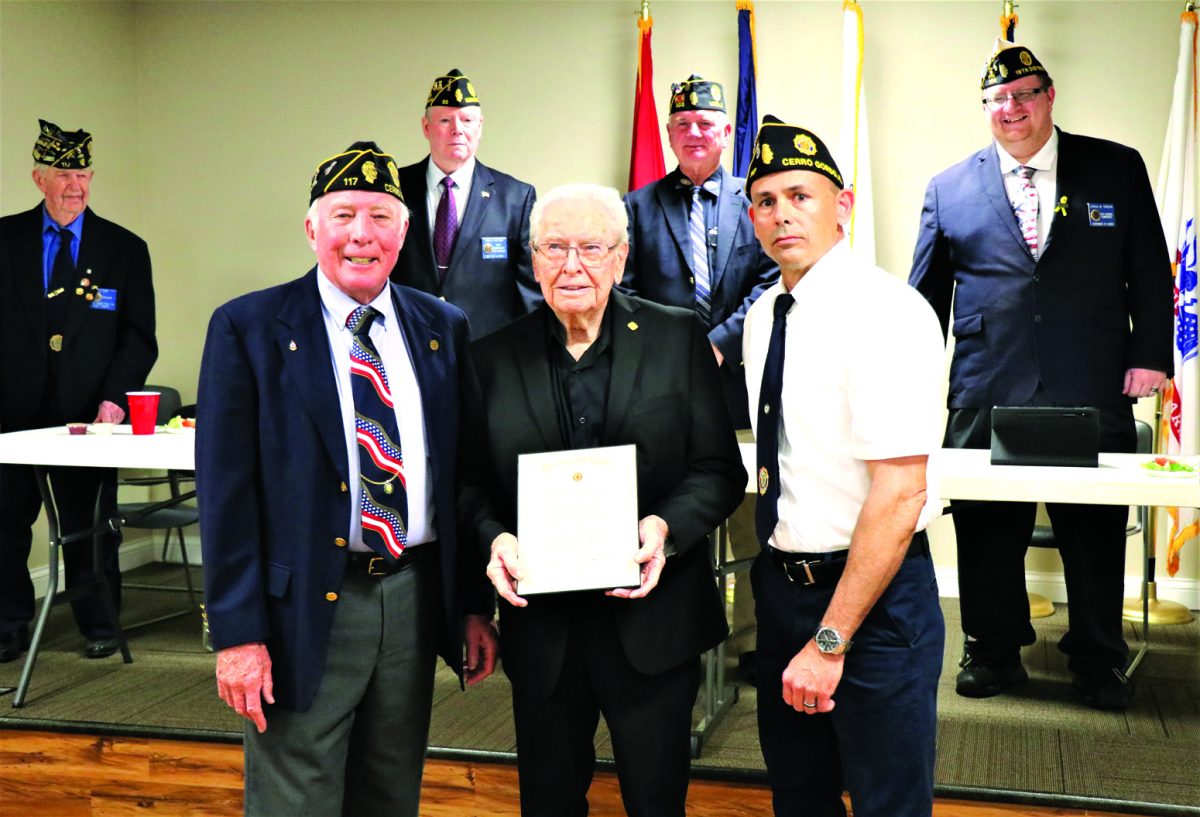 Jake was born December 11,1923 at home on Long Creek Road in Macon County. He is a 1941 graduate of Cerro Gordo High School. After high school he went to work at the Diamond T Motor Car Company in Chicago, a company that produced military and commercial trucks, working in the parts department.

He was drafted on February 23,1943 and went through training in Amarillo, Texas and at Chanute in nearby Rantoul. Jake spent most of his time serving Air Transport Command in the Caribbean as an aircraft electrician/mechanic for three years. He was stationed in Miami, West Palm Beach, and British Guyana.

After leaving the Air Force, Jake returned home and worked one year for A.E. Staley in Decatur. He then began his career at the United States Post Office, working at the Brentwood Station, Decatur retiring in 1984.

Jake married Lorraine Dobson on November 10, 1945. After 69 years of marriage, she passed away on July 19, 2015. They had three children, Christine Berbaum of North Carolina, Arlone Doan of Arthur, and Mark Doan of Argenta.

His hobbies include playing “42”, growing and maintaining a large variety of Iris’, raising a few tomatoes and cucumbers in the garden, and attending dances with his dance partner Martha Postlewait of Bement. They travel to Arthur every Wednesday night to enjoy dinner at the Wednesday Night Community Meals at the Arthur United Methodist Church. His daughter Arlone is in charge of the meals. Then they enjoy an evening of live music and western dancing at Penn Station.

Jake is a member of the Cerro Gordo Methodist Church. He was one of 11 children and his mother lived to be 101 years old.