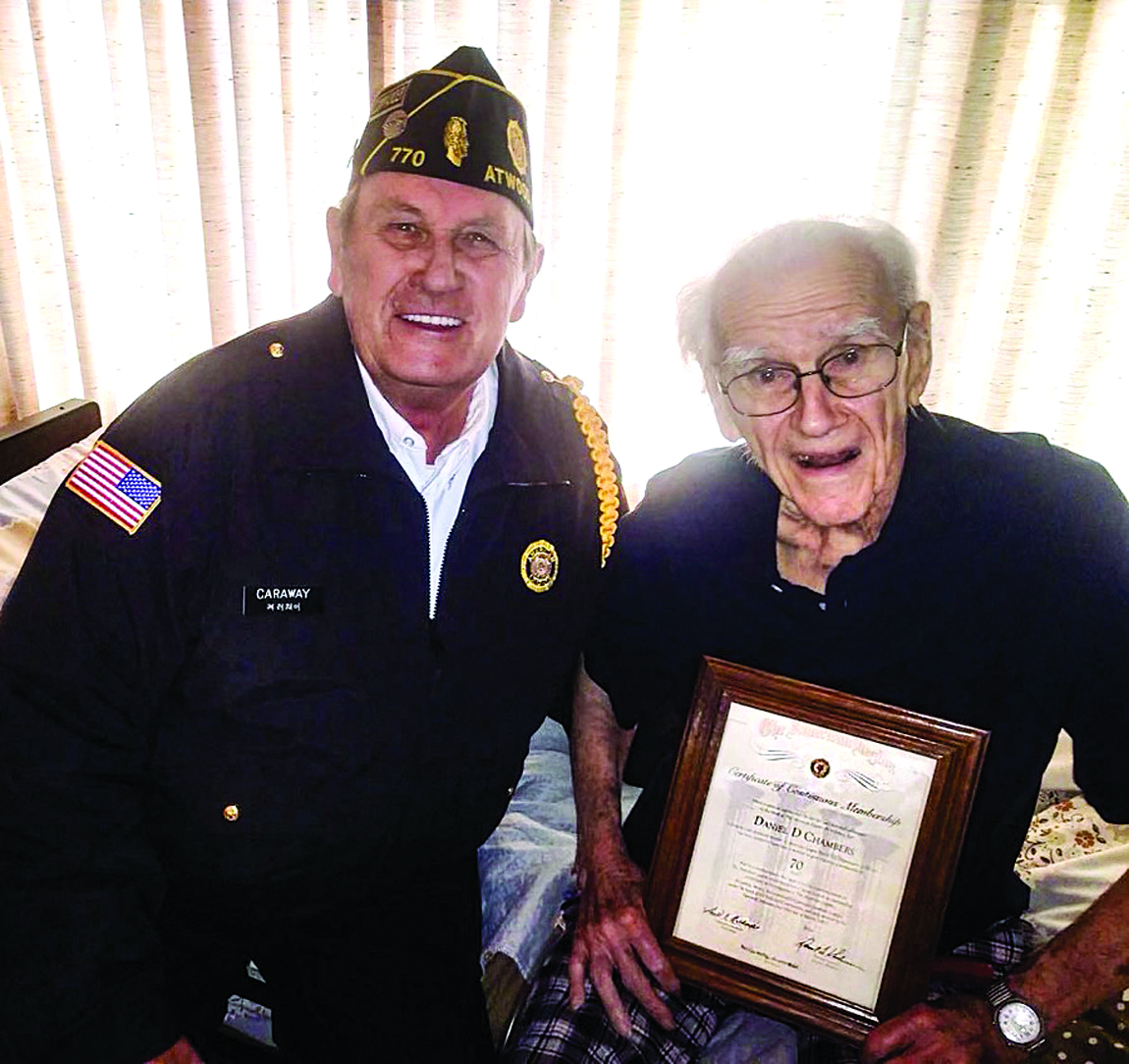 Daniel D. Chambers of Pierson Station was recently honored with a Certificate of Continuous Membership by the Atwood American Legion Post #770, for his 70 years in the organization. Local Commander Ken Caraway presented the award to Chambers in March, 2022. Caraway thanked Chambers for being a longtime and dedicated member of Post #770. He stated that Chambers has been certified to have been a member in good standing continuously for 70 years.

Dan was born in a two-story 12 room farm house 50 ft. North of where he resides today. He taught Agriculture for one semester in Merrillville, IN. He was called into the service and served in the Army as an Engineer/Mechanic during the Korean War.

After leaving the Army, Dan returned to Pierson Station to farm. He said he always loved farming and came back home to follow his dream.