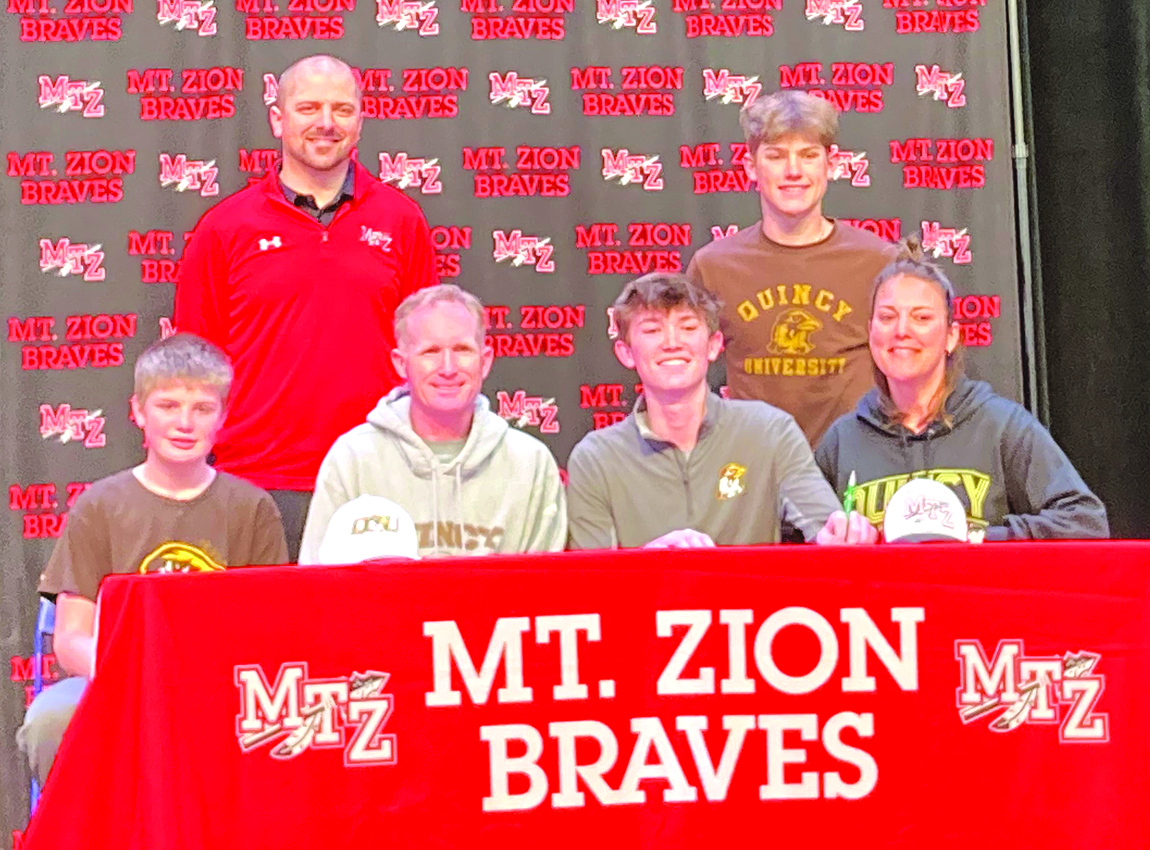 Driscoll played varsity in basketball and boys golf. Driscoll chose Quincy University because his mother and father both attended there as well as it felt like home to him with the welcoming of Coach Tenhouse and the staff.

Mt. Zion boys golf head coach Coby Burdick has seen Driscoll develop from an average 100 golfer to being committed all four years and now playing at the next level.

“It’s awesome for our program,” Coach Burdick said. “It’s going to be fun to follow guys at the college level again and hopefully that’s something that continues to grow as kids keep coming through.”

Driscoll hopes to take the work ethic that Coach Burdick implemented in the boys golf team and to have the same team bondage in college like at Mt. Zion.

Driscoll joins Hansen at Quincy University. According to Coach Burdick, the pair join a program that is similar to Mt. Zion when they stepped in four years ago. The program is rebuilding and the two are up for the challenge. Coach Burdick described both to be the catalysts of the team and that both are a big part of the success and positioning of the Mt. Zion boys golf program.

Driscoll hopes to be in the traveling top-five on the Quincy golf team as a freshman as well as take advantage of the studies offered at Quincy. Driscoll is undecided on his major as of now.

Coach Burdick’s last words to Driscoll are to continue to get better and nothing is guaranteed.

“In college, the coach is always trying to recruit your replacement each and every year,” Coach Burdick said. “As opposed to high school, if you’re a good player as a freshman and sophomore varsity level, you’re pretty well set in most cases. And college is not the case because they have the freedom to go and go out and get the players that they want so as to keep getting better at that level.

Driscoll will miss the most about being a Mt. Zion Braves is missing school for golf and how he helped build a strong golf program.

“I think the strong MTZ golf culture that sixth, seventh and eighth graders look forward to playing in their high school years,” Driscoll said. “I also can’t forget about missing school, and especially the early morning bus rides to all day invitationals.”