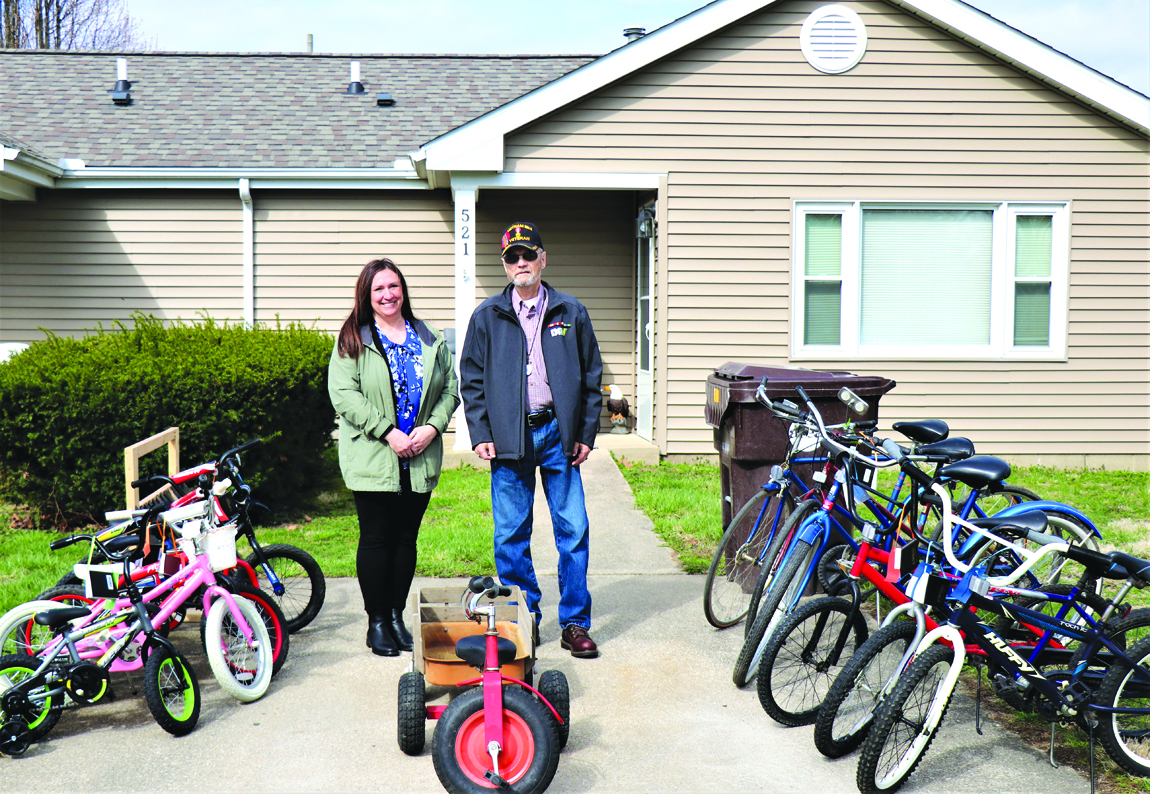 FINDING PURPOSE BY GIVING BACK. The Webster Cantrell Youth Advocacy of Decatur received a very generous gift of 20 bicycles on Monday April 4 from Chuck Henderson and his “Riding for Jesus Bicycle Ministry”. The organization works to make a difference in the lives of children, youth, and families of Central Illinois in their time of need and currently serves over 2,000 children. Henderson who moved to Cerro Gordo in 2017, fixes up old bicycles and gives them away to children around town. He has given several bikes away so far and is looking to build his ministry hoping to give even more bikes to kids to let them know God is real and that he loves them. Each bike he gives away has a Bible attached to it. Pictured is Holly Newbon, Director of Marketing and Giving at Webster Cantrell and Chuck Henderson with the bikes he donated. Newbon stated, “This is such a blessing as we have so many children and families that will be elated with these bicycles.” Decorated and proud to serve his country, Chuck served in the army for 13 years stationed in many places including Germany and Korea. He is retired from Sam’s Club is a member of the Church of the Brethren in Cerro Gordo.