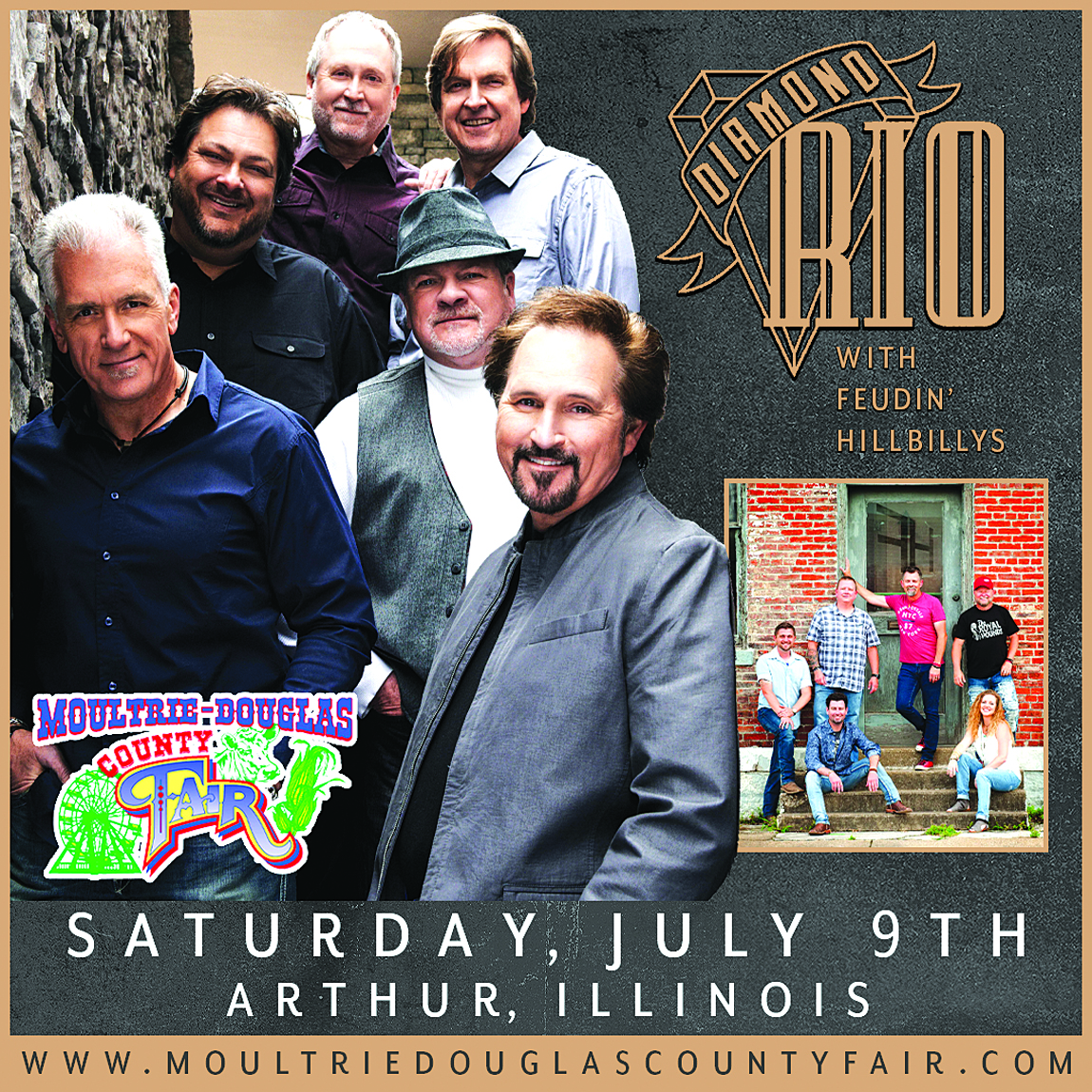 Feudin’ Hillbillys to kick-off the evening

The Moultrie-Douglas County Fair Board is excited to announce Diamond Rio in concert for the 2022 county fair. This Grammy-Award winning country group has sold over 10 million albums and will be coming to Arthur on Saturday, July 9. Local favorite Feudin’ Hillbillys are set to open the show at 7:00 pm. followed by Diamond Rio at 8:30.

Tickets for the event are $20 in advance and are on sale now at www.moultriedouglascountyfair.com. Tickets the day of the concert will be $25.00.

They recently released I Made It, their tenth studio album. The title track was co-written by the band’s lead guitarist Jimmy Olander and features 11 new songs. Produced by Olander and Mike Clute, I Made It is available on iTunes and www.diamondrio.com.

Diamond Rio signed to Arista Records and in 1991 with the release of “Meet In The Middle” became the first country music group in history to reach No. 1 with a debut single. The band is also known for their hits “How Your Love Makes Me Feel,” “One More Day,” “Beautiful Mess,” “Unbelievable,” “In A Week or Two,” and more. They released their first-ever autobiography, Beautiful Mess: The Story of Diamond Rio on Thomas Nelson in 2009.

The band known for playing every note on every album recently celebrated their 25th Anniversary, has sold more than 10 million albums, won a Grammy Award, a Dove Award, six Vocal Group of the Year wins (CMA and ACM), released two Greatest Hit albums, a live and Christmas project, earned five multi-week no. 1 singles, 22 Top 10 singles, three certified Platinum and five gold albums, released an autobiography – and with zero band member changes. Known for their charity commitments including long-time spokespersons for Big Brothers Big Sisters, the band has raised over $1,000,000.00 for non-profits and received the Minnie Pearl Humanitarian Award.

This year’s fair dates are Tuesday, July 5 through Saturday, July 9.