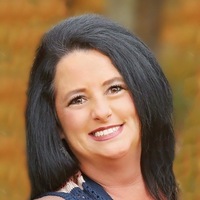 She was born November 28, 1970 in Decatur, Illinois, a daughter of Jerry Comer of Iuka, MS and Kathy Franks of Arthur, IL.

She worked for several years in the fast-food industry before moving into automotive car sales with Ryburn Automotive and currently with Welch Nissan in Pine Bluff, AR.

She attended school at Alcorn Central in Corinth, MS. She was a member of Harmony Free Will Baptist Church since 2004. Preceding her in death is one sister, Cherie Pedigo.

Survivors include her husband, Ronnie Adair, whom she married May 2, 2003 and four daughters: Lena Frisby and Staci Frisby of Bay, AR and Anna Adair and Jayda Adair of Rye, AR. Her brothers: Ricky Franks, Jr. of Sherwood, AR and Robbie Comer, of Iuka, MS. Her sisters: Shawna Pedigo, of Arthur, IL, Dara Franks, of Mason, IL and Amber Comer, of Iuka, MS. Her grandchildren, Adalynn Wiggins and Olivia Hickey of Bay, AR. Along with a host of nieces and nephews.