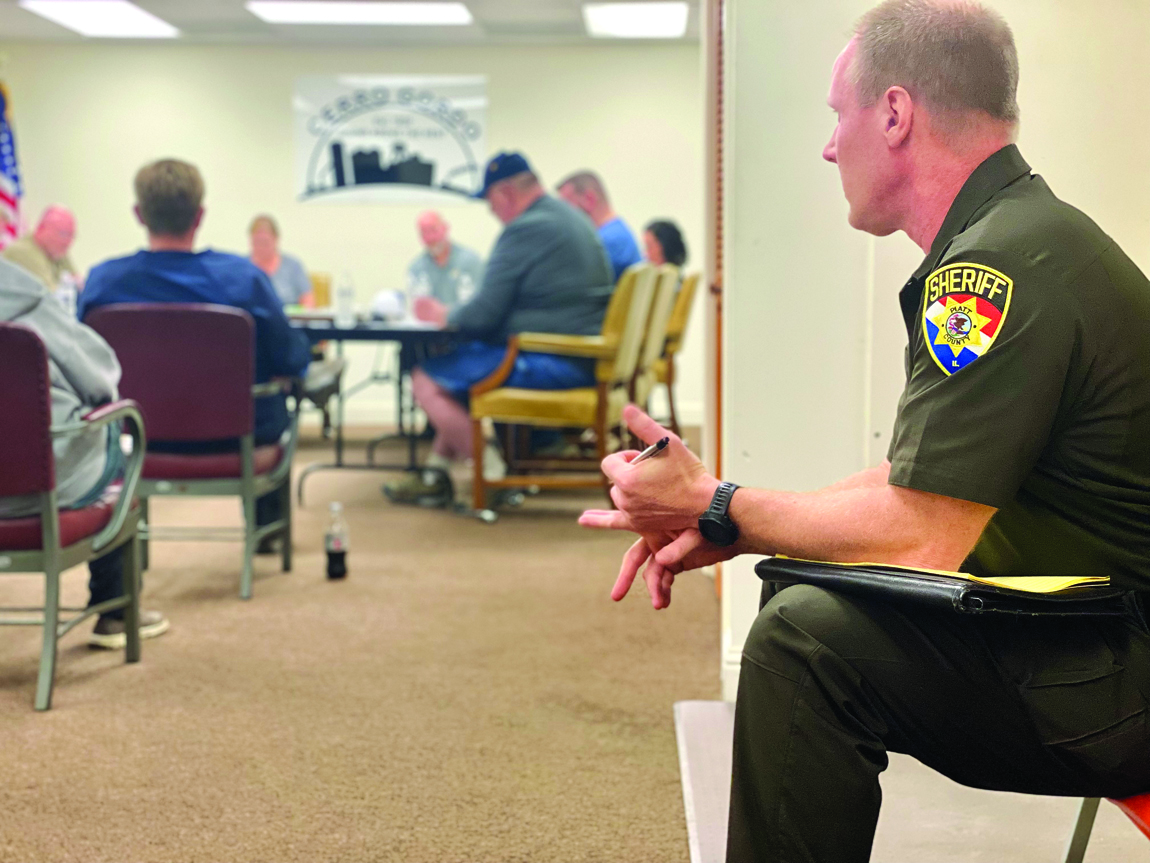 In 2018 the Cerro Gordo board like many municipalities changed from village policing to county control. According to past reporting, it has saved the village money in the long run to a tune of around $30,000 a year.

The contract expires on April 30. The village board unanimously approved the four year contract at a total of $397,778.72 or around $99,000 per year. Newly appointed Mayor Kevin Fraiser stated, “They put together an updated agreement very similar if not identical to the previous agreement with some obvious changes to the dollar…for cost of living, also modernization of equipment.” The previous contract cost was around $81,000 annually.

The contract added a few things such as: new tasers, AEDs, maintenance upgrades for the patrol car(s), and body cameras. By 2025 it is mandated that all police officers in Illinois have a body camera. Sheriff Mark Vogelzang was present at Cerro Gordo’s village board meeting. “In today’s age courts,and jurors expect a body cam and it will be mandated by 2025 anyway.”

There were other additions such as cost of living.

Vogelzang hopes to bring a sense of community policing with him or a deputy present at all village board meetings, “I want to do everything I can for the village to provide as good of a service as we can. The thing I realized here recently is our presence in the meetings, not just here but all the villages. I try to get to them, but my wife would kill me if I went to all of them. But, if I am not here I have put it out to all the deputies when all the meetings are, if they are not on call I want them at the meetings too. Such as this.”

At a previous board meeting in Bement, Deputy Skylar was present.

The four year contract gives the village 40 hours of patrolling, extra overtime if needed for event coverage and Vogelzang made it apparent he wants to work with communities to solve petty crimes. “We want to solve those issues just as fast so if we see issues that are happening we will work on details together.”

Trustees Beth Medlen and Joe Frydenger are trying to work with the community in a committee separate from the board (but they represent the board) to improve parks and other things in Cerro Gordo.

Medlen stated, “Veterans Park is more of an infrastructure development because we hope to have a dog park there someday.” She added they want to add more slides to Born Park and the first focus will be on Veterans and Born Park. “The goal is to really work with all the parks.”

“We hope to have fully handicap accessible. We just hope to have opportunities for the kids to be able to fish. We just want to make some improvements over the years.”

Joe Frydenger addressed those that may ask about cost, “How is it going to be funded? Well without increasing taxes or anything there is money there that has been set aside.” Adding, “Want to do some neat things without reaching into your pocket.”

They mentioned working with Tom Overmyer from Fehr Graham in finding grants and things to aid with the developments and improvements.

•Board approved liquor license for The Depot