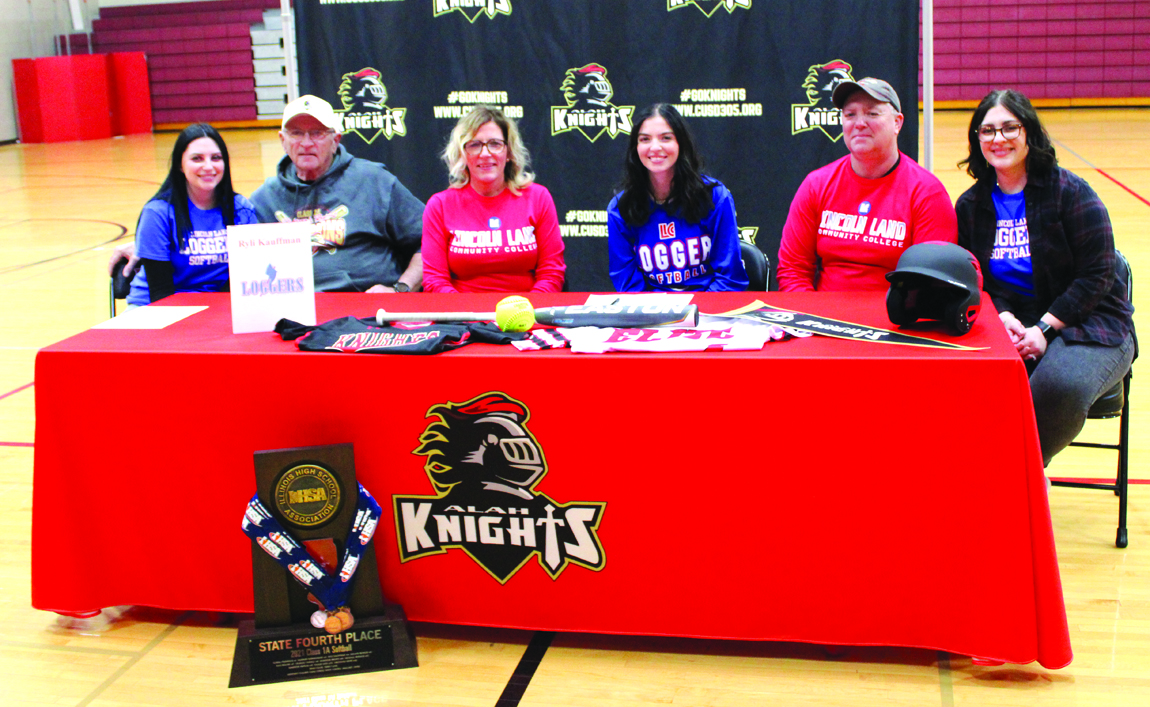 Ryli Kauffman signed to play softball at Lincoln Land Community College. She is pictured with her family and coach. From left to right: her sister, Logan, ALAH Softball Coach Jerry Lane, her mom, Jodi, Ryli, her dad, Roger and her sister Katlynn.

Arthur Lovington Atwood Hammond High School is proud to announce that senior softball student-athlete Ryli Kauffman will be committing to continue her athletic participation on the intercollegiate level at Lincoln Land Community College.

Located in Springfield, Illinois, Lincoln Land is a member of the Mid-West Athletic Conference and competes at the NJCAA Division 2 level.  The Loggers finished the 2021 season with a 33-19 record overall while finishing 18-6 in the Mid-West Conference under Head Coach Rachel Wisner.

Kauffman’s personal softball accolades include: Second Team LPC All-Conference Team, a two time Journal Gazette player of the week, Rookie of the Year as a freshman, and team captain.  Ryli has been a multi-sport athlete throughout her high school career and has earned a varsity letter in basketball and played volleyball, and soccer. In addition to her athletic accomplishments,  Ryli has been an honor roll student each of her four years at ALAH.  Ryli has served as a freshman mentor and has been a member of the FCCLA.

Ryli is the daughter of Roger and Jodi Kauffman and plans to major in graphic design.