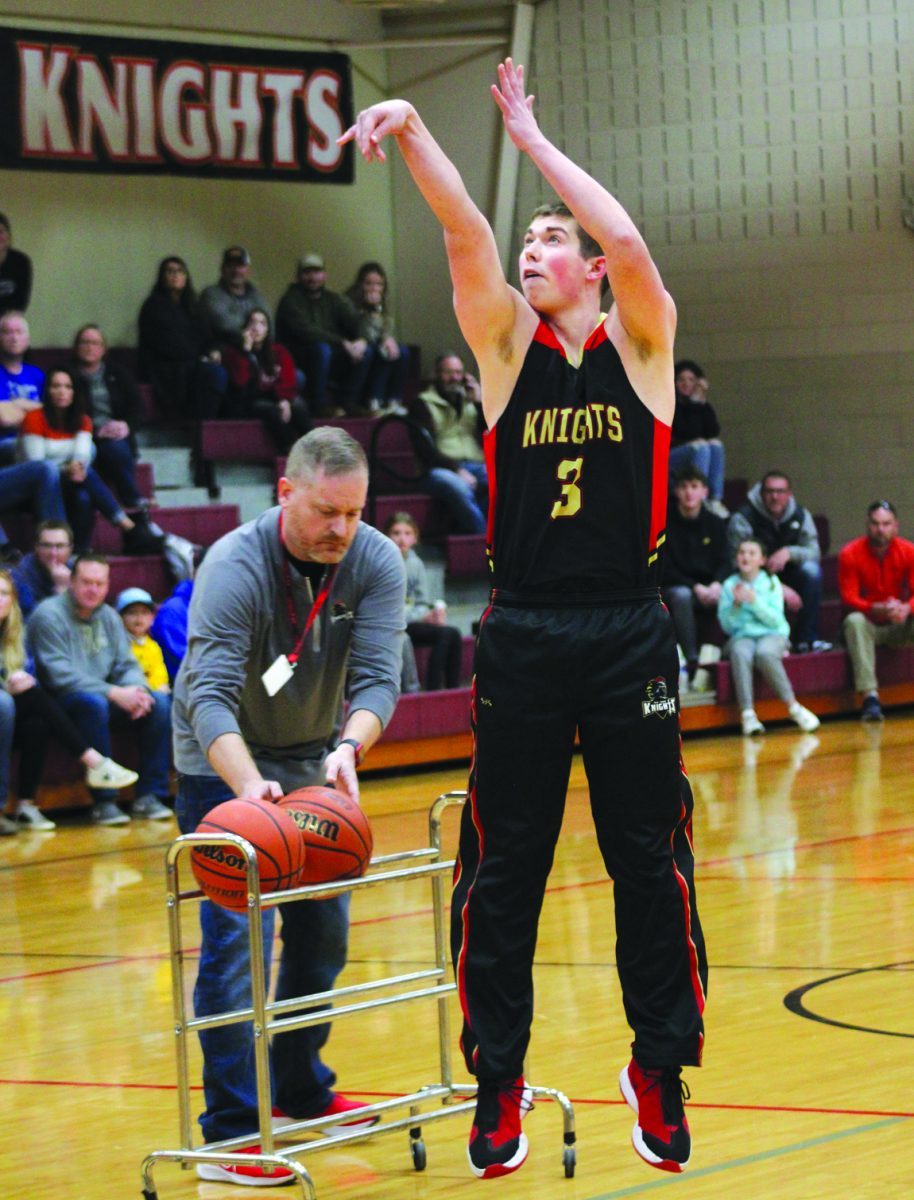 ALAH Junior Wyatt Hilligoss keeps his eye on the rim as he shoots in the IHSA 3 Point Showdown on February 25 in his home gym. Wyatt made an outstanding 11 of his 15 shots. That score was the most of the 24 contestants, four from each of the six schools in the Regional, ALAH, Teutopolis, Newton, Paris, Shelbyville and Sullivan. Three contestants from the other schools tied for second with 9 made shots. Wyatt will now advance to the Sectional 3 Point Showdown which will be held next Friday, March 4 at 5:30 p.m. at Flora High School, hosts of the Sectional. Two contestants from the Sectionals will advance to the State 3 point competition. Best of Luck, Wyatt!!!!