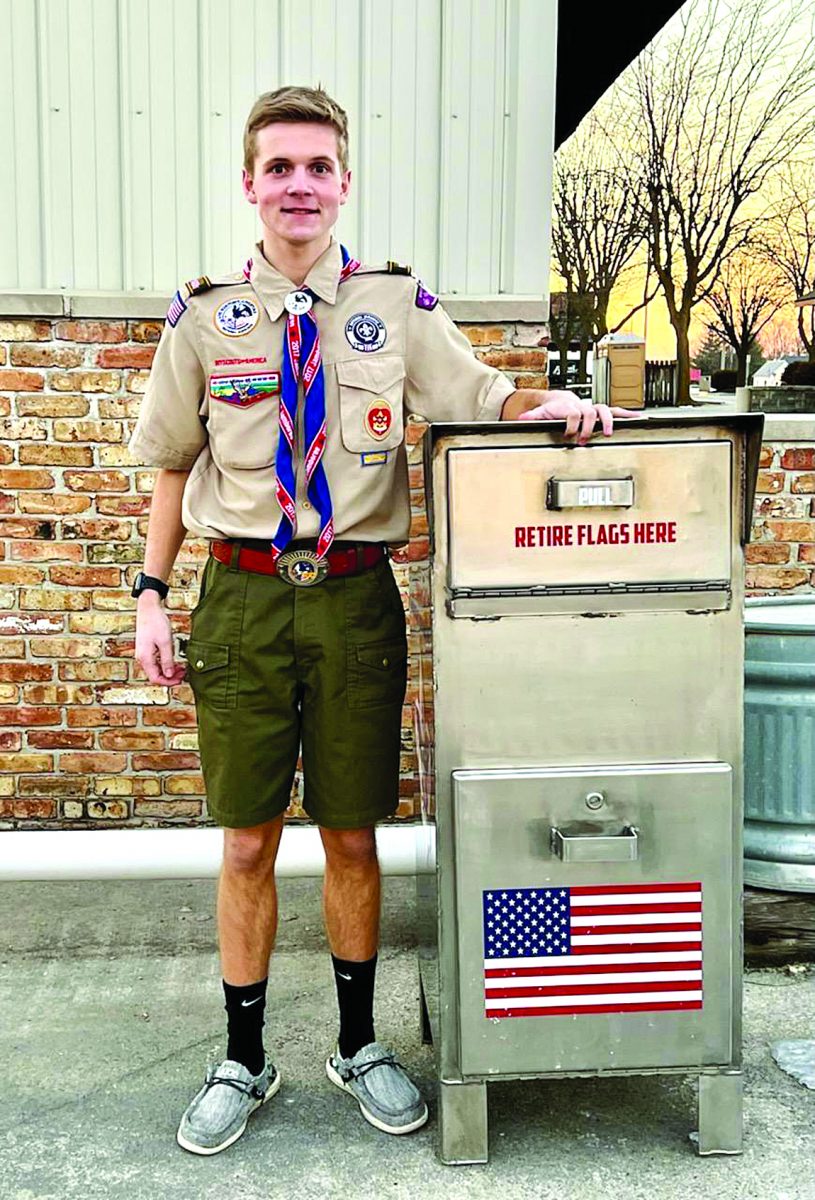 Jace Green stands next to his Eagle Scout project

Today, the history of our flag continues and is still a very important symbol – and with that, we must respect it. When it comes time for a worn flag to be retired, it also needs to be done so in a respectable way. With Jace Green’s Eagle Scout project in mind, this would make it easier to do so for members of the Arthur community.

“My dad was an Eagle Scout, and his project was building the brick flag that is outside of the post office, so the connection to the flags was in the back of my mind when coming up with an idea. The troop has also struggled with finding a good system to get the worn flags from the community to the troop to be retired respectfully, so that is where this idea was born,” stated Green.

Once Green’s idea was born, he then had to take the necessary steps to bring it to fruition. “First I had to get approval from the Village Board, then from Prairielands Council, and BSA as a whole. We are fortunate enough to have Tri-County Welding in our community, and they were willing to help out with the fabrication of the box. I also utilized A.J.’s Autobody for the vinyl to be put on the box. (A huge thank you to those two establishments). Then, with the help of my Dad and my Uncle, we set the box and reported my work to the Council!” he said.

For those who have flags that they would like to retire, it sits next to the water bill deposit box just off of Progress Street. With its convenient location, Green states just how easy this is to do: “Disposal of flags is as simple as reaching out of your window, opening the door, and dropping your flag in! I hope that this box’s location is convenient enough to encourage community members to utilize it while also promoting patriotism in Arthur,” he said encouragingly.

Along with creating this flag box for the community, Green has learned a lot from being a Scout throughout his years of involvement.

“My time in Boy Scouts has been a lot of fun. Highlights like the National Jamboree and Camp Drake come to mind first. But I do think that there are many lessons that I have taken away from scouting. Scouting has taught me more than just how to start a fire and tie knots. It has taught me to be a leader and many lessons in hard work and dedication to a long-term goal. I feel that my experience has given me a jumpstart into life as an adult and as a citizen,” Green said.