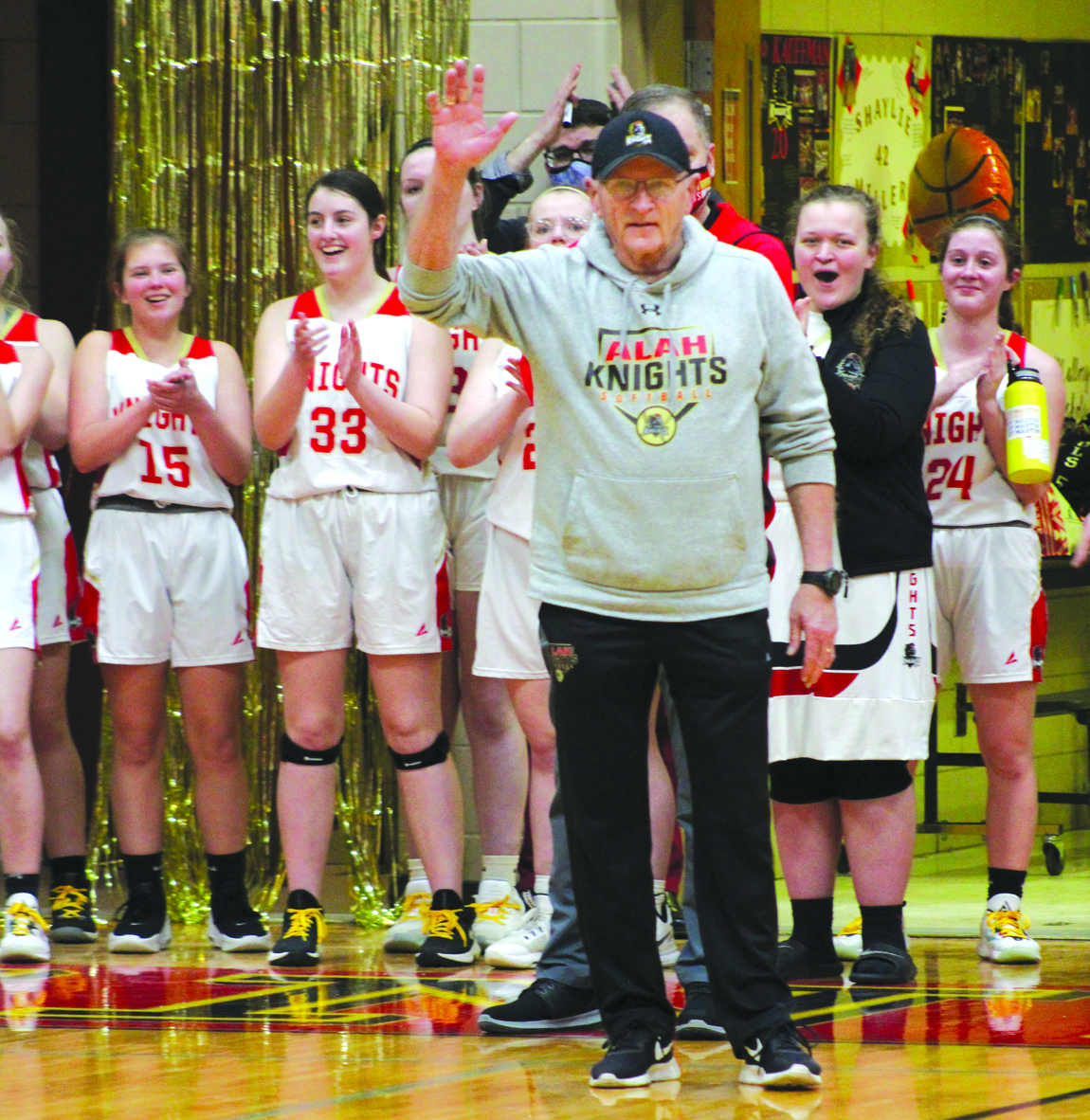 ALAH Head Softball Coach Jerry Lane was honored at halftime of the girls varsity contest on Monday, February 7. Coach Lane was recognized and congratulated on his amazing accomplishment of being inducted into the Illinois Softball Coaches Association Hall of Fame on February 20th. Coach Lane has been a head softball coach for 16 years, 6 of those years at ALAH. During his tenure at ALAH his teams amassed a record of 117-44. During his time as a head coach here and at Sullivan, his teams won 6 conference championships, 5 regional championships, 1 sectional championship, 1 super-sectional championship and a 4th place finish at last year’s IHSA State Finals. The last three of those accomplishments were all with last year’s 2021 ALAH softball team. Everyone at Arthur Lovington Atwood Hammond High School is proud to celebrate and recognize Coach Jerry Lane for this well deserved honor. Thank you for all that you have done for our softball program and for the positive impact you have made on our student-athletes.