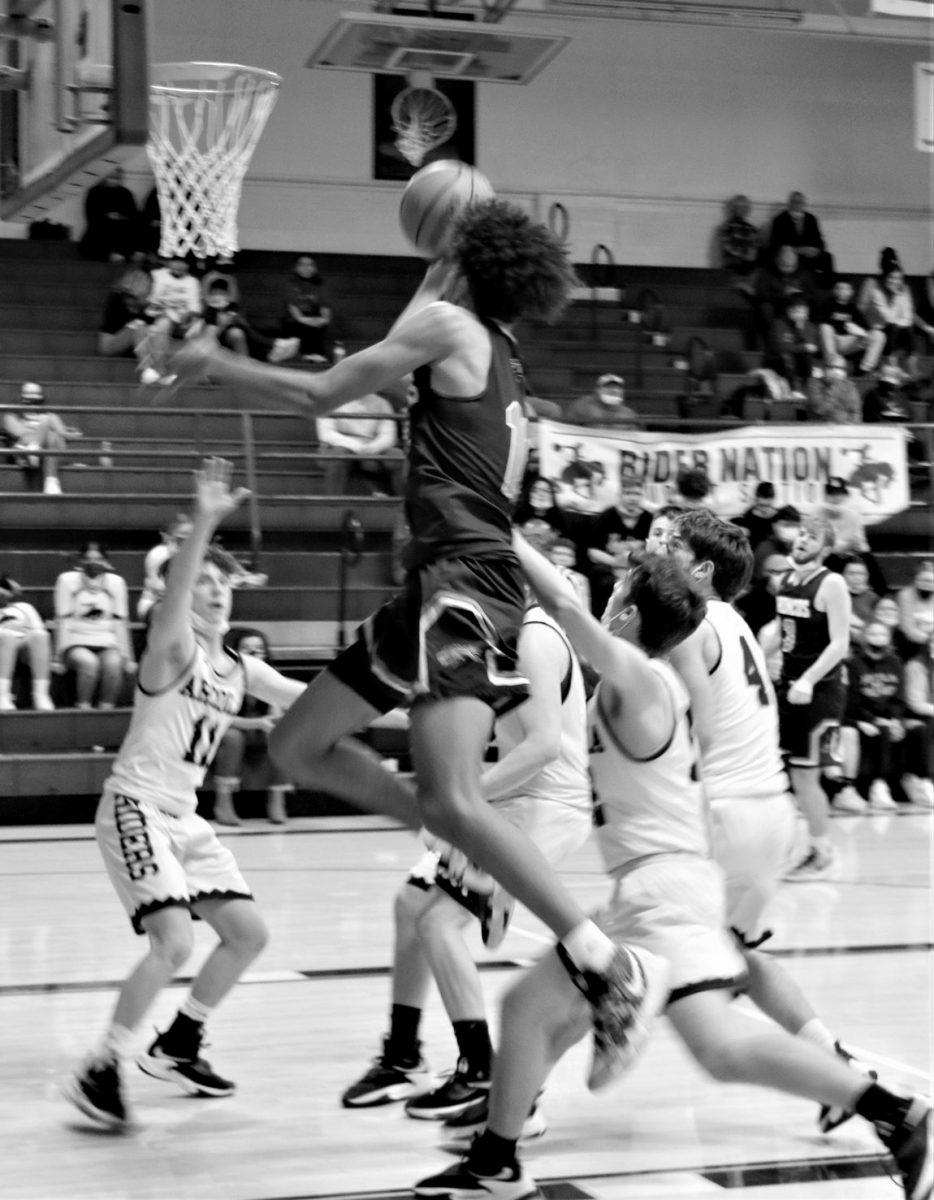 Broncos senior Connor Brown (#10) shoots and scores 2 of his 34-points up and over four defensive players in the double overtime victory against the Purple Riders in Arcola in an LPC game. CGB won 57-56 as Tyson Moore added 11-points, and Carson Brown with 8-points on the night.