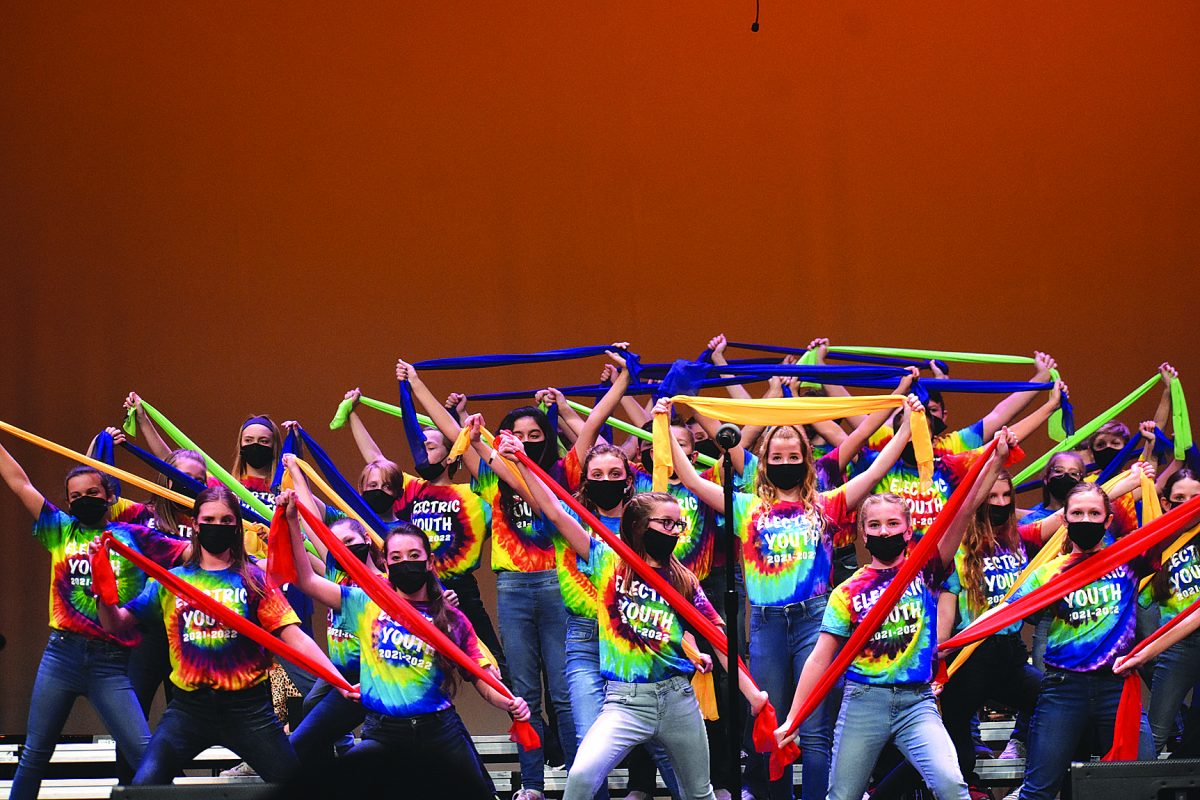 By Blake Faith
Staff Writer
The Mt. Zion Midwest Invitational celebrated its 40th year last weekend as one of the top competitions in the Midwest. Hosted by the Mt. Zion Swingsations, this event draws show choirs from across the country each year. Competing groups had the opportunity to perform in the high school’s 1500 seat auditorium and were judged during those performances.

The Invitational welcomes middle school/junior high unisex and mixed groups on Friday evening, high school unisex, small school/prep mixed and large school mixed groups on Saturday, as well as a solo competition on both Friday and Saturday. After each group’s preliminary performance, a critique session with a judge was offered where groups and directors received immediate feedback. Evening finals on Saturday included the top six large schools from the day competition.
Since Mt. Zion was the host, their performances were an exhibition. Despite only being an exhibition, all of Mt. Zion’s performance received standing ovations. On Friday night, Mt. Zion’s Electric Youth and Sound System performed and on Saturday all-male show choir group You’ve Got Male, all-female group Les Femmes and the Swingsstions performed.
The Swingsstions and their other groups will perform this year in Kankakee, Illinois, Loveland, Oho, Chesterton, Indiana, Lafayette, Indiana and in Orlando, Florida. There will also be home shows for the Spring Shows and Senior Spotlight.