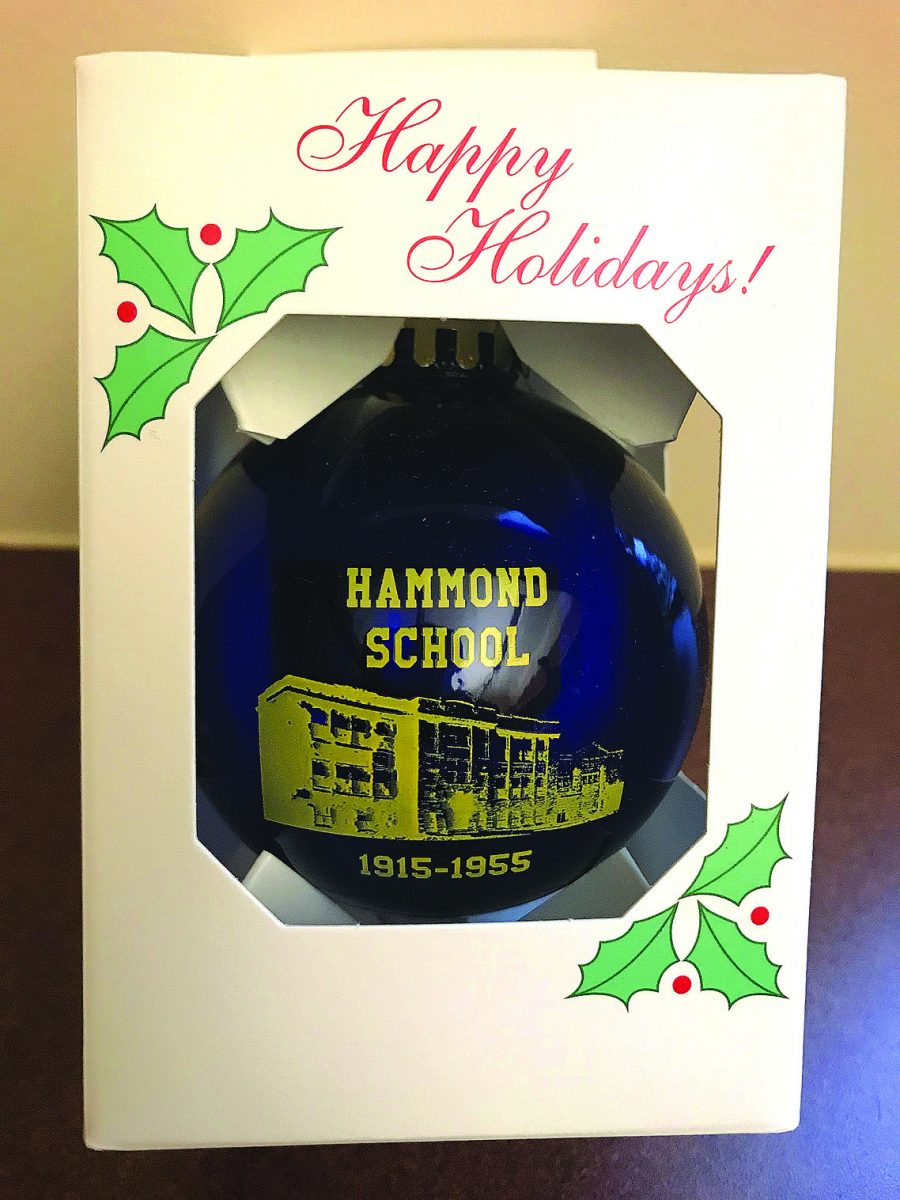 Staff Writer
Last year the Rajah Park committee began the first in a series of ornaments depicting the history of the A-H School District. The first ornament featured was the first Atwood school, 1884-1913.
This year the ornament, #2 in the series, will be the Hammond school 1915-1955. According to information that comes with the ornament it states that after the town’s frame school burned, a brick schoolhouse was built in 1915. A gymnasium was added in 1924.
Hammond and Atwood consolidated in 1948. Fire destroyed the main Hammond building on February 13, 1955. The gymnasium survived. School colors were blue and yellow and the mascot was the Wildcats.
The new Hammond School ornament is available at the A-H Public Library in Atwood and sells for $8.00 each.
There are still a few of the series #1 ornaments available and they sell for $10 each. If you need that little addition to your gift buying, why not add this series of unique ornaments from your former school district. Bring those memories back again.
Money from the sale of these ornaments will be used to continue additions to Rajah Park.