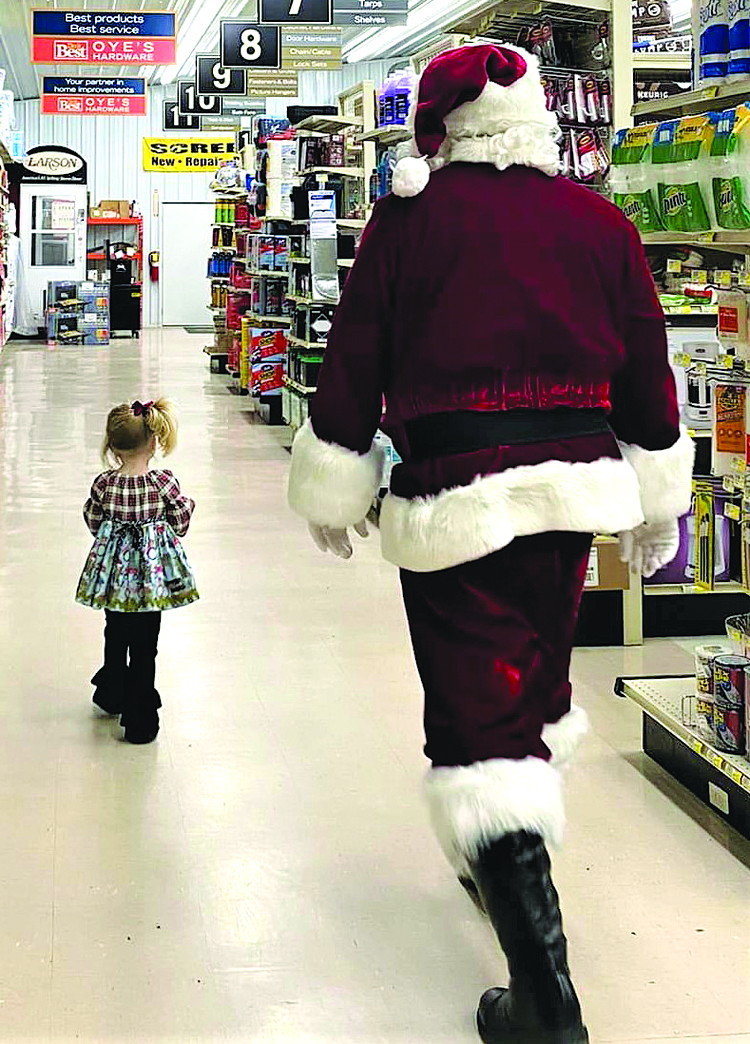 SANTA STOPS. It was a busy day for Santa as he made three scheduled early visits on Saturday, December 4 in town. He kicked the morning off with a breakfast in his honor at Yoder’s Kitchen as he gathered lists from all the little good girls and boys followed by a stop at Oye’s Hardware where he received a personal tour of the store from Myla and seeing a few more children and ended the night as the Grand Marshal riding on the Arthur Fire Department firetruck in the annual Lighted Christmas parade. See next weeks Arthur Graphic for more Breakfast with Santa and parade pictures.