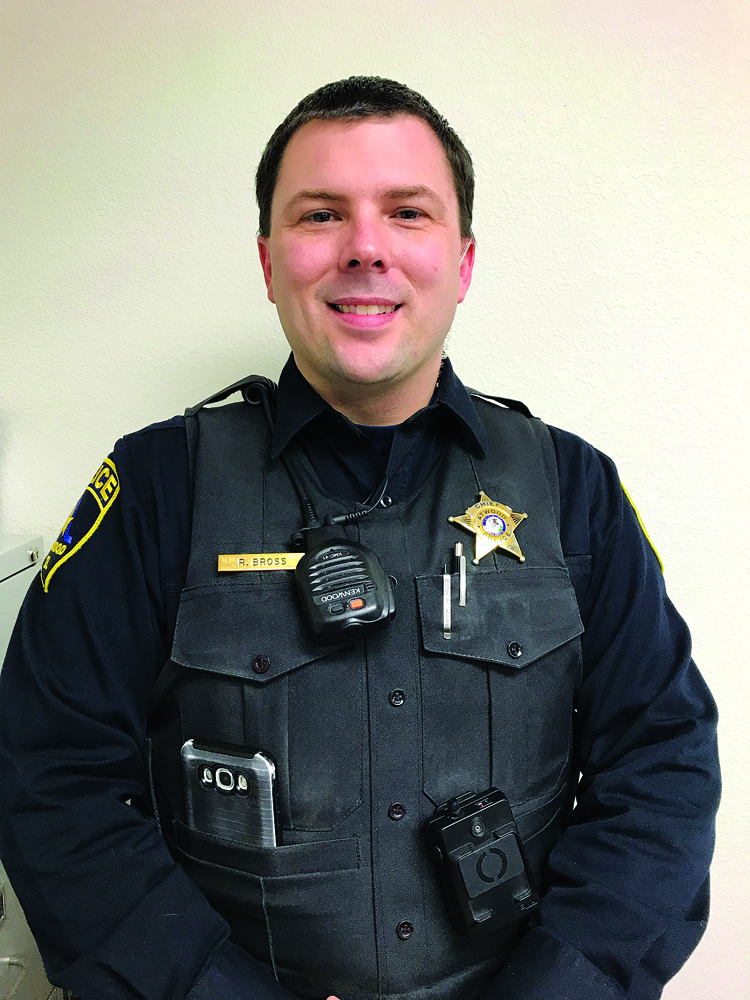 Atwood Police Chief Rob Bross has been a police officer for 17 years. Ten of those years have been working to protect the residents of Atwood. I am sure he could write a book of the many experiences he has had during his career, some good, as well as bad. On Monday, November 15,

Rob had a scary experience you would never think of happening.

Rob received a call early afternoon that Corey Larimore was leaving his home in a semi-tractor cab. Larimore was driving on a revoked license. Chief Bross followed him on the back road west to Hammond. Larimore did not pull over, instead when Bross turned on his flashing lights, Larimore proceeded to speed up, reaching a speed of 80. Larimore drove into Hammond and slowed down. He came to a stop near 7th and A Streets. Bross pulled up behind him and didn’t even have it in park when Larimore put his vehicle in reverse and rammed the police car.

The semi-tractor backed up over the hood of the Atwood police car. This all happened as a surprise move to Chief Bross causing him to hit his head possibly on the steering wheel or windshield. He wasn’t sure what he hit due to the quick ram from the truck. Chief Bross was finally able to get the police car in reverse and backed out of the way and into a resident’s yard.

At that point Larimore took off in his vehicle and headed south. Bross had radioed the Piatt County Sheriff’s Office for back-up, but they had not had a chance to respond. Due to the damage to the Atwood car and his injuries, Bross was unable to pursue Larimore.

Bross was transported to Carle Hospital via Lovington Ambulance Service. After a thorough check-out including a CAT scan, he was released to his home. Bross suffered an abrasion to his forehead and a concussion, and bruises. He was off work for 10 days and continues to have headaches daily.

Larimore appeared in court on Monday, Nov. 29 for the preliminary hearing and requested a trial by jury. Piatt County Judge Dana Rhoades set a tentative trial date for April 3, 2022. Prosecutors dropped five traffic charges against him at the hearing.

Failing to show up in court on Tuesday, Nov. 30 for a petition to revoke his probation, a warrant for his arrest was issued on Nov. 30 with another $100,000 bond. At the time of this writing, he is still loose on a warrant.

Prosecutors have added a fourth charge in the case to include aggravated fleeing or attempting to elude a police officer, a Class 4 felony punishable by one to six years in prison.

Bross said on Friday that the Atwood Police car has been totaled and they are looking for a new car. He also stated that he was able to identify it was Larimore in the semi-tractor cab. The incident was also caught on a private front door camera.

Prosecutors have added a fourth charge in the case — aggravated fleeing or attempting to elude a police officer, a Class 4 felony punishable by one to six years in prison.

Prosecutors dropped five traffic charges against Larimore at the hearing.