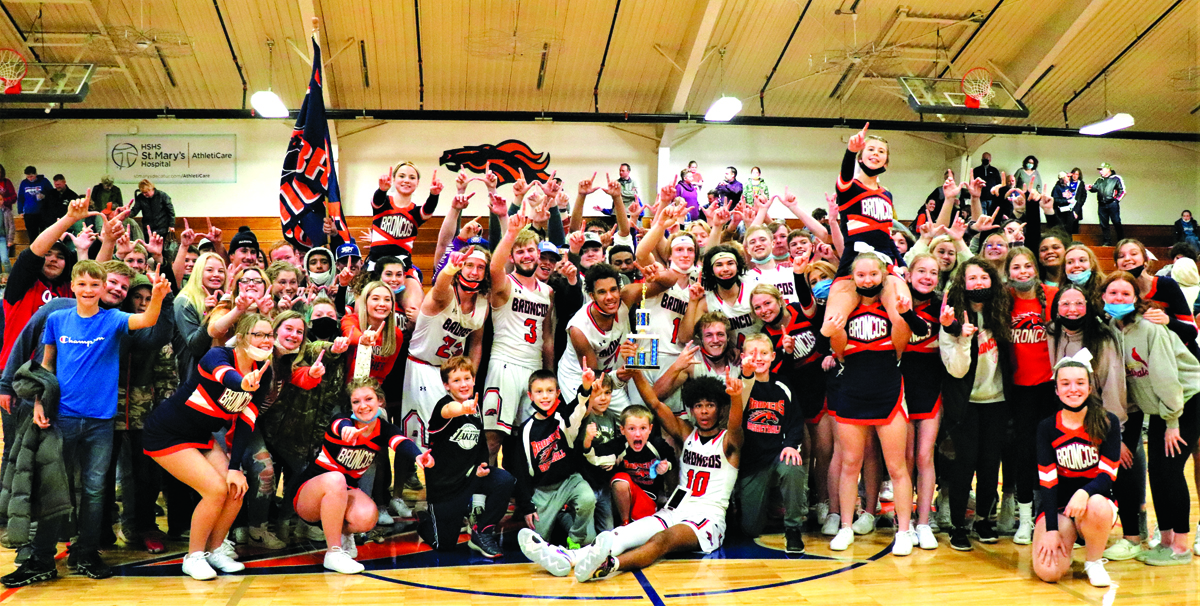 TURKEY TOURNAMENT CHAMPIONS. The CGB Broncos boys basketball team celebrated with their excited cheerleaders, classmates, and fans following the trophy presentation in a thrilling come-from-behind victory 65-60 over Windsor/Stewardson-Strasburg Hatchets Saturday night at home. The Broncos trailed at halftime 25-35 and at the end of the third quarter they were only down by two points 46-48 and the lead went back and forth in the fourth quarter with CGB pulling out the victory. Connor Brown led all scorers as he had back-to-back games with 39 points and was named to the All-Tournament team. Unable to host the tournament last year due to COVID-19, they were back on track this year with ten teams participating in the three day tournament.