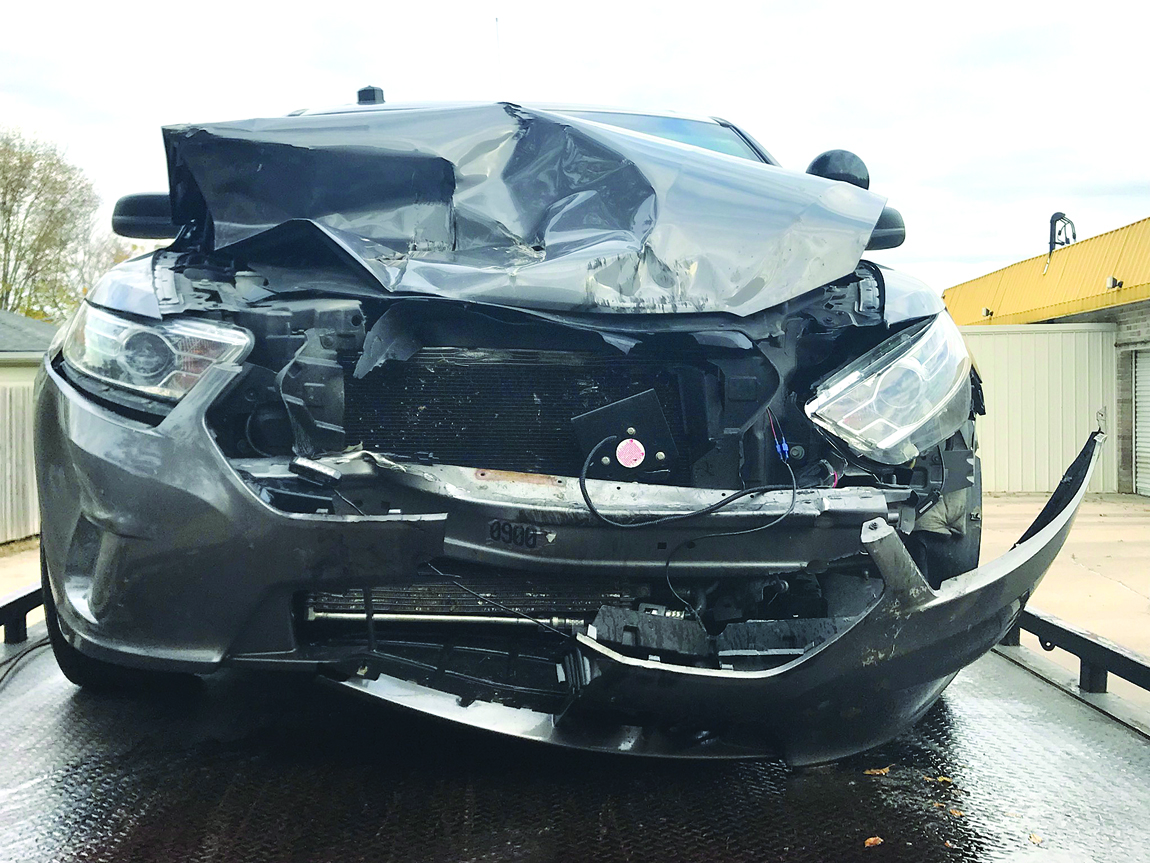 According to information received from the Piatt County Sheriff’s Department, on Monday, November 15, at 1:45 p.m., Atwood Police Chief Rob Bross attempted to conduct a traffic stop on a black 1993 Kenworth semi-tractor (no trailer attached) for a traffic violation. Upon initiating the traffic stop, the semi-tractor fled from Chief Bross towards the Village of Hammond.

At the intersection of seventh street and A street in Hammond, the operator of the semi-tractor put the semi-tractor in reverse and rammed into the front end of the Atwood police car rendering it inoperable. Chief Bross was injured in the collision and was transported to an area hospital where he was treated for non-life-threatening injuries and later released.

Shortly after the collision in Hammond Piatt County Sheriff’s Deputies arrived to assist Chief Bross. The semi-tractor had fled from the scene and was located approximately 1 ½ hrs. later unoccupied outside of LaPlace in rural Piatt County.

On November 16, an arrest warrant was issued in the Circuit Court of Piatt County for Corey L. Larimore, a 52-year-old male from Atwood, for the offenses of Driving While License Revoked (Class 4 Felony), Leaving the Scene of a Personal Injury Accident (Class 2 Felony), and Aggravated Battery to a Peace Officer (Class 2 Felony).

At approximately 1:45 p.m. on Tuesday, November 16, Larimore was arrested at his residence by Piatt County sheriff’s deputies and U.S. Marshals. Larimore was transported to the Piatt County Jail where he is currently being held on a $100,000 bond.

All subjects are innocent until proven guilty. No further information will be released at this time.