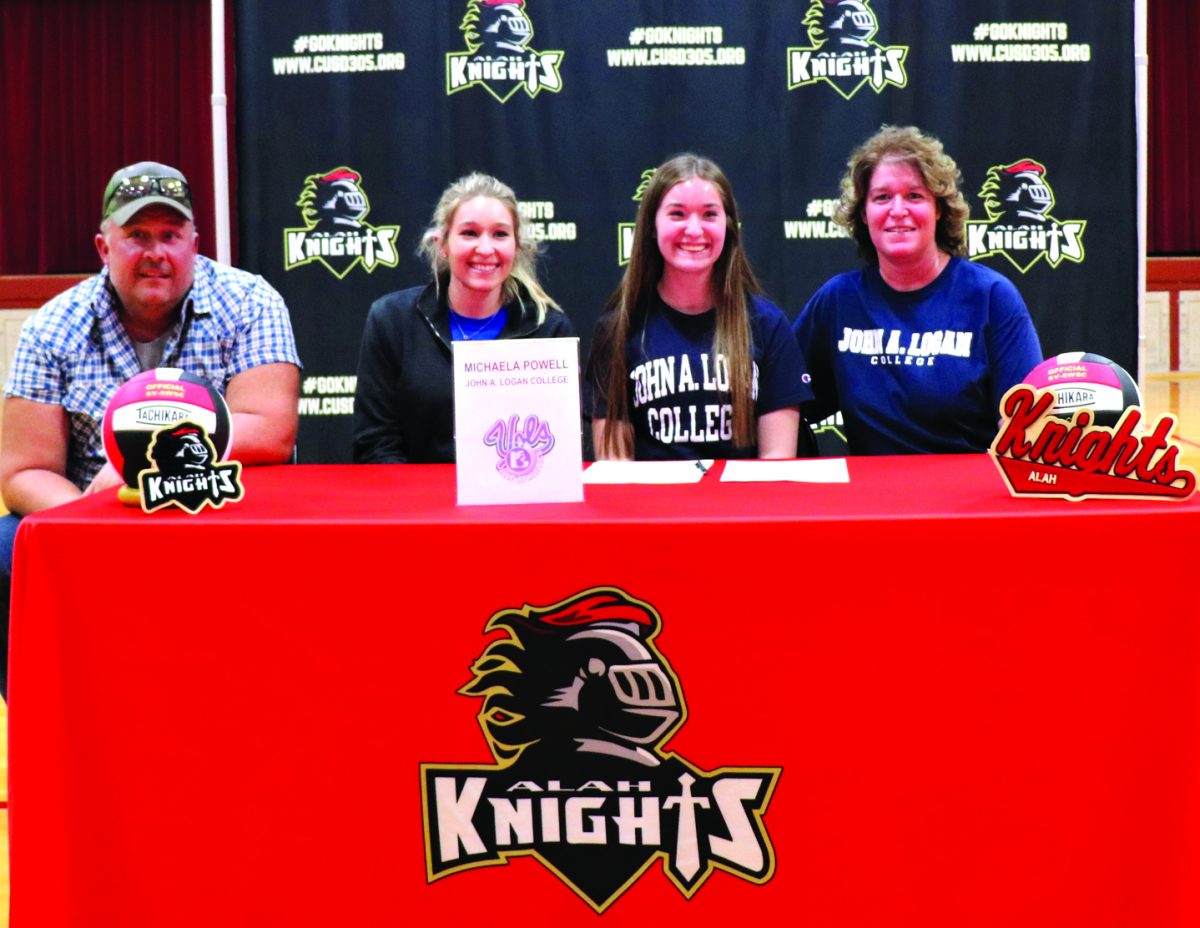 POWELL SIGNS WITH JOHN A. LOGAN.

Located in Carterville, Illinois, John A. Logan College is a member of the Great Rivers Athletic Conference and competes at the NJCAA Divsion I level. The Lady Vols are led by Head Coach Bill Burnside. Coach Burnside has been the head coach at John A. Logan for 13 years. Over that time, the Vols have put together a 275-147 record, including a 111-24 conference record. The Vols also have six Great Rivers Athletic Conference championships and seven Region 24 championships in the Burnside Era.

Powell has been a four-year varsity letter winner in volleyball and was an instrumental part of the Knights 20 win campaign this season. Her personal volleyball accolades include: First Team LPC All-Conference as a senior, Second Team LPC All-Conference as a junior, and team awards including Most Digs, Most Aces, Most Serve Receptions, and team MVP her sophomore and junior seasons. In addition to her athletic accomplishments, Michaela is a member of the National Honor Society, Student Council, Future Farmers of America, Fellowship of Christian Athletes, and has been active in the Freshman Mentor Program and the Writing Center.

Michaela is pictured with her dad, Darren; sister, Taylor; and mom, Angie. Coaches, administrators, teammates, classmates, and friends were also in attendance for the signing to congratulate her.