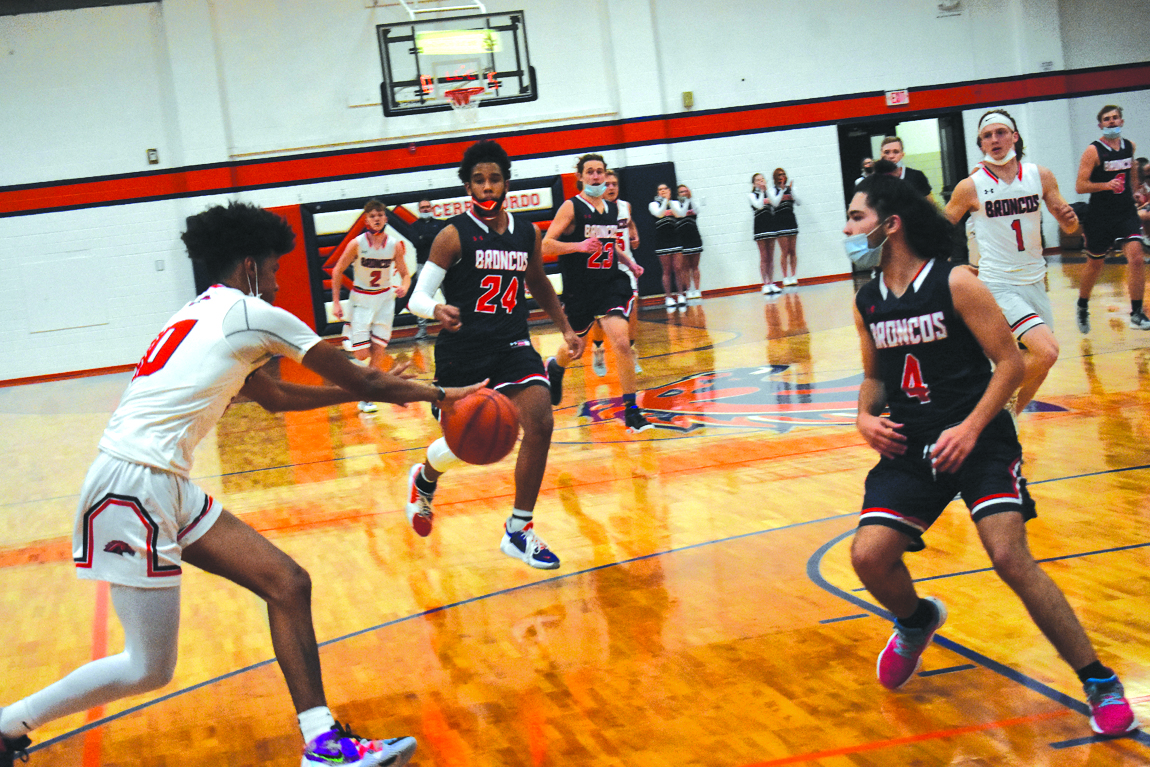 Right before the girls basketball and boys basketball scrimmage last Friday night, there was a feeling of excitement for the events to happen. Coach Willard believes the reasons why his team is more excited for this year is because the team has a chance to be pretty good and that it’s been a long time since they felt meaningful competition.

Coach Willard believes this is the furthest along his team has ever been in the last five years of his coaching at Cerro Gordo. The players know the offense and it felt like the second month of practice to an assistant coach when it was the second day of practice. In practices though the team has been fine tuning some things and adding things as well.

When asked who will have big impacts on this team, Coach Willard mentioned his seniors Connor Brown, Colin Warren and Jarret Lens.

Brown is expected to reach 1,000 career points in the middle of the season. Coach Willard described him to be a great kid, leader and a six foot-four slashing type of player.

Brown’s individual goal for this year is to reach 1,000 career points. When it’s all said and done Brown would like to be remembered as a leader and somebody that kids can latch on to and do good things for the community.

Warren was described by Coach Willard as really smart, brings energy and is a good basketball player that will run the point guard position. Warren did miss the summer with a leg injury from football, but is returning for his third year of varsity play.

Warren had individual goals of being a leader that everybody looks up to and wants to be remembered as the guy who gave it his all and was a good teammate.

Lents was described by Coach Willard as a great shooter and great kid who might be valedictorian of his class. Lents’ individual goal for this year is to be a leader and bring people up. When his high school career is all said and done he wants to be remembered as a leader and not known as the guy that screamed at a player at practice or every time they turned the ball over.

All three seniors were able to win a regional title. When asked about having a normal season, the three all responded with excitement to have fans back in the stands.

In terms of leadership, Coach Willard described his seniors as all National Honors Society students and extensions of him on the court.

“You see it every day in practice, they tell the other kids where they should be,” Coach Willard said. “If I blow my whistle, they know what I’m going to say before I blow it, because we’ve been together for so long. And it’s fun. I think they’re going to be great leaders.”

Coach Willard said that the ceiling is high for this team in terms of what they can do this year, but the ceiling is still to be determined. Right now the goal for this year is to record a third consecutive winning season.

Coach Willard’s overall message he wanted to send to readers and the community is he wants to get the gym excitement and crowd levels back to where it was 10 to 15 years ago as well as have people come out and support this team.

“This is a great group of kids that I have and they are worth supporting because they’re just great kids,” Coach Willard said. “Regardless of basketball skill or anything, they’re worth coming out to wash because they go 110%. I have to actually reign them back sometimes. They’re going to give everything they can and kids that are willing to give what they can everything that they possibly can is worth coming out. So I’d love to see a packed gym and support and fun and I hope to have a really fun season.”