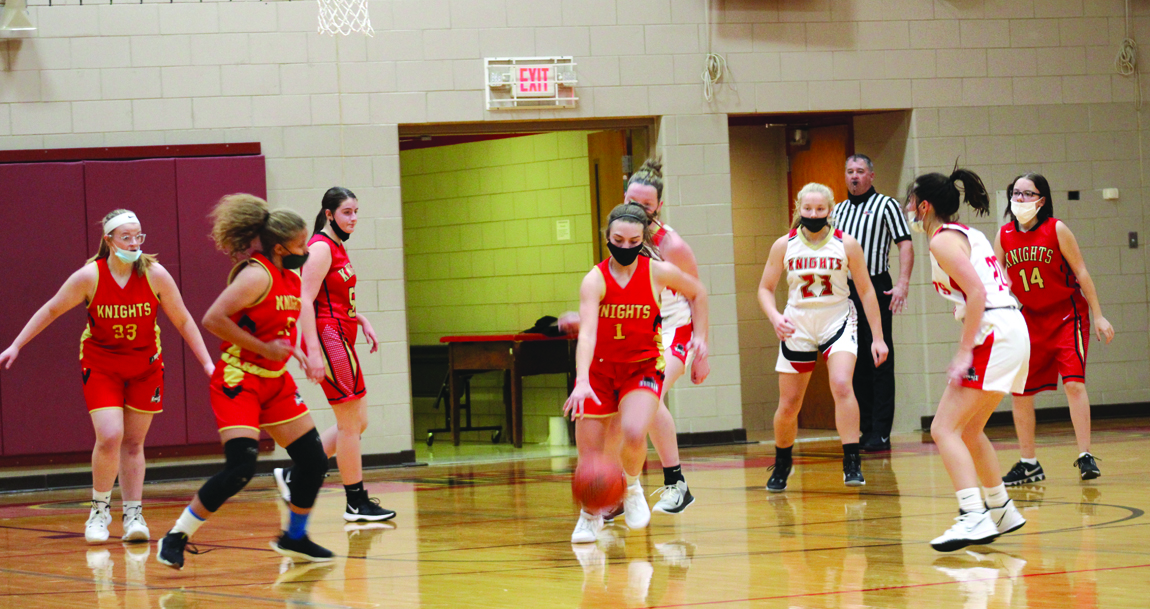 The Arthur Lovington-Atwood Hammond girls basketball team is looking to build off a 14-2 season last year with no playoffs and achieve their ultimate goal. That goal is to win a regional championship.

Head Coach Mac Condill believes that his team is hungrier this year due to the team not being able to have a playoff. Condill and his team are going to take everything in terms of more games, normalcy, and more fans in the stands as a great thing and they’re looking forward to it.

In the off-season and in practice the team works on playing basketball. He wants his team members to be able to take what they learned at the high school level and wants them to use it at the collegiate level or college intramurals or a pickup game.

Players Condill believes will have key impacts on this year’s team are Claire Seal and Alexa Miller.

Seal was described by coach as a strong ball-handled, fast, strong under the basket and that she likes to play on both sides of the court.

“I think she (Seal) is going to come out strong out of the gates,” he stated. “She’s somebody that I think is going to immediately add more to our team.”

Miller is described as an all-area type player who is a fourth-year starter at ALAH. The team is returning a group of veteran players in juniors and seniors that he believes will be good for his team and that there are no excuses for the girls to play like they can.

The goal for the ALAH girls basketball team the last few years is to win a regional championship. With the landscape of the Lincoln Prairie Conference changing after Tri-County graduated some players, the team believes they also can win a conference championship.

“Can we do that? I think so,” Condill said. “Is it going to be easy? Absolutely not. But I like that they’re looking at that. And yeah, I’ll tell you, we’ve got a big group of freshmen that I told them on the first day- if you don’t think you’re going to be a big part of how we move through the season and navigate along the season, masks and injuries then you got another thing coming. I’ve always had a freshman somehow get into the starting lineup at some point every year.”

Condill’s overall message he wanted to send to readers and the community is what he’s said for years. High school girls basketball is to him one of the best sports to watch anymore.

“I think for people who love basketball its basketball in its purest form,” Mac said. “Give these girls credit for how fast we play, we hope to be fast in a very entertaining brand of basketball, getting up and down, hitting the glass, doing the fundamentals outlet and go shooting threes, and just getting after it defensively. I want to challenge people who think that high school basketball was whatever it was back in the 90s. It’s not that game anymore. It’s a different game.”

Coach Condill wants to challenge the community to come out and support this team this year. He thinks they will not be disappointed and that they will fall in love with the team like the rest of the community.