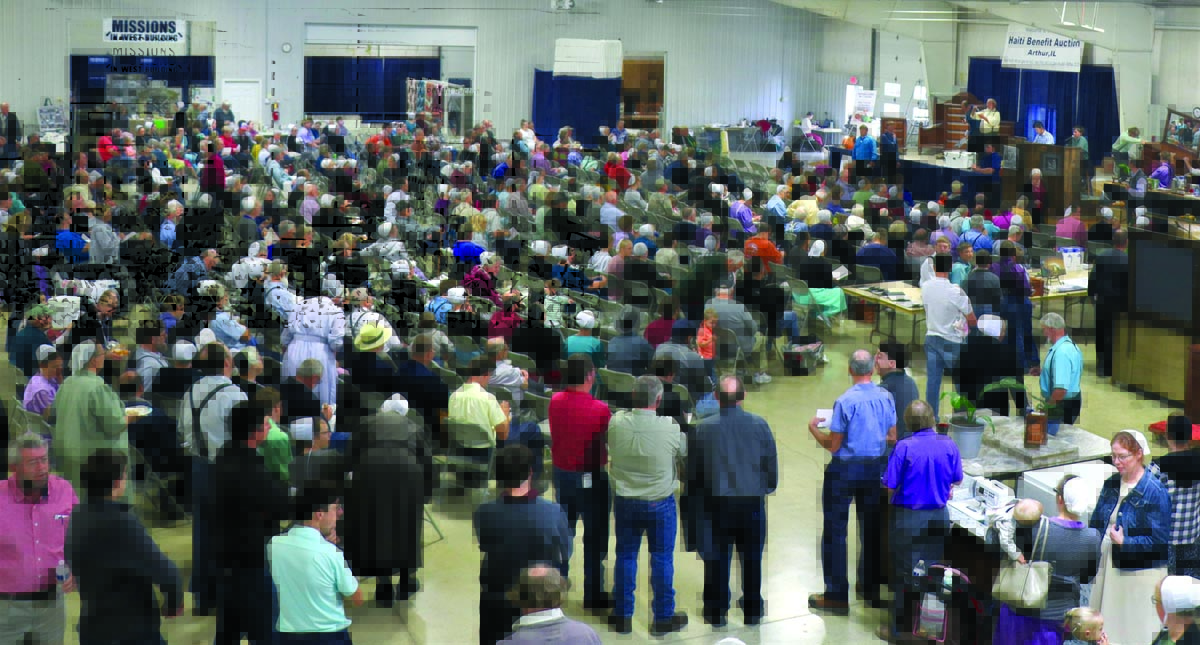 BENEFIT AUCTION RAISES OVER $200,000 FOR HAITI MISSIONS. The 28th annual Illinois Haiti Benefit Auction held Friday night and Saturday at the Otto Center grossed $285,000 according to one of the organizers. The proceeds go to responsible missions working in Haiti. An estimated 1,374 catfish/chicken meals were served Friday evening and another 749 breakfasts were served Saturday morning. Over 400 bidder numbers were issued for the auctions which included some higher priced items such as two tractors, bedroom suites, and building packages.